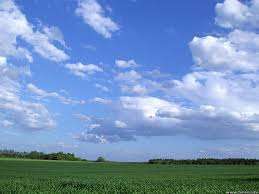 Brazil, Argentina, and Uruguay seek to control food security by rebuffing land-buyers from Europe and Asia. Already in Uruguay, an area the size of Denmark sits in foreign hands.

One of the first things passengers see when disembarking at Cuiaba airport in central Brazil is a real estate advertisement promoting arable land to foreigners.

South America has some of the most productive land on the planet, and buyers have long been drawn to pastureland for cattle; fields for grains, soybeans, and sugar cane; and forests where they can plant eucalyptus for timber and paper. Farms can reach the size of small nations.

Such advertisements may soon be preaching to an empty audience, however, as this and other South American nations that traditionally welcomed foreign investors are now changing land laws to restrict foreign ownership as arable areas worldwide become more sought after, a fact underlined by recent food crises. For lawmakers in Brazil, Argentina, and Uruguay, a nation where an estimated 25 percent of all land (an area the size of Denmark) already sits in foreign hands, it isn’t a moment too soon to roll back the welcome mat.

These three nations produce much of the world’s beef and grains and have been attractive to investors not just because land is available, but also because buying it was relatively straightforward.

Newly concerned over land grabs and eager to exercise more control over its food security, Argentinean Pres­ident Cristina Fernández de Kirch­ner said April 27 she would send a bill to Congress restricting how much land foreigners can buy or own. Uruguay fears that nations such as China and Saudi Arabia want to buy prime real estate and has promised to clamp down. Brazil, the world’s biggest producer or exporter of beef, coffee, sugar cane, orange juice, and tobacco, last year blocked foreign companies based in Brazil from purchasing additional local real estate.

“What is happening more and more frequently is that countries … are interested in buying in the parts of the world where the food, water, and energy are,” says Jorge Saravia, an Uruguayan senator charged with helping pass new legislation.

To be sure, South America has benefited greatly from the commodities boom. Its grains, oils, and minerals are helping fuel China’s rapid growth. Just five commodities accounted for 43 percent of Brazil’s exports last year. Argentina’s commodities exports doubled between 2005 and 2008. Yet the fear that rich countries that don’t have their own supplies of food or raw materials will buy up land in poorer, more productive nations is growing, with the World Bank last year citing South American and African countries among those most vulnerable.

The report said volatility in food markets that caused food riots in some places in 2007 and 2008 was a wake-up call to import-dependent nations. Some of them targeted arable land abroad in a bid to protect themselves from uncertainty and guarantee their future food supply.