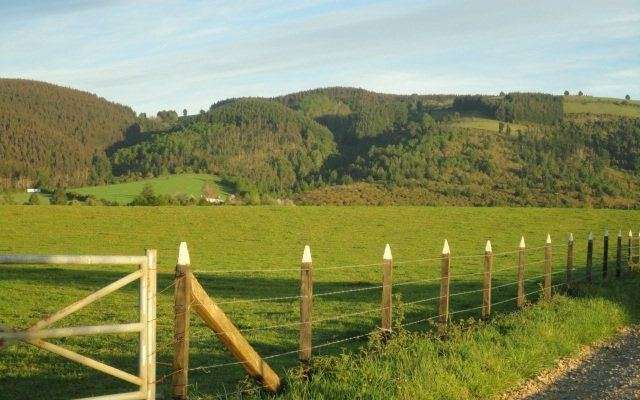 “For some NZ companies, it’s made a lot of sense to extend their pasture-based capabilities to different parts of the world.

“Although, doing business in South America is not without its language, legal and local economic challenges.”

Having Fonterra so well recognised has given other NZ companies the confidence to build their own South American links– Brendan Mahar, NZ Trade and Enterprise

NZ dairy processing giant, Fonterra, has been a notable Latin American performer for about 30 years, carving paths for other farm sector investors and marketers to follow.

The NZ milk behemoth has other joint ventures in Colombia, Venezuela and Mexico, a pilot farm set to run about 2500 cows in Brazil, and has been jockeying to buy into Argentine dairy co-operative SanCor for a year.

Mr Mahar said Fonterra’s appetite for a bigger production base and a bigger share of dairy sales on the continent indirectly helped other Kiwi enterprises, in much same way as Australian mining giants BHP-Billiton and Rio Tinto had made useful inroads for other miners and support companies to follow in Latin America.

“Having Fonterra so well recognised has given other NZ companies some footsteps to follow and the confidence to build their own South American links,” he said.

Among other NZ players now prominent on the continent is the farmer-owned Manuka group, which bought into Chile in 2005 and now owns or manages 14 farm bases, running 41 dairies.

It also saw a chance to provide NZ dairy equipment including ear tags and calf feeders and this year established a Brazilian joint venture manufacturing feeders.

“You have to be patient. It’s not about instant success.”– Peter Van Elzakker, CRV Ambreed

“We’ve doubled our South American sales in the past three years.”

Part of Dutch co-operative CRV – one of the world’s biggest beef and dairy cattle genetics services – the NZ operation is active in Argentina, Uruguay, Chile, Brazil and Ecuador, focused mostly on grass-based herd improvement strategies, rather than grain fed ventures which developed to supply the US market.

“You have to be patient. It’s not about instant success,” Mr Van Elzakker said.

“The cultural differences, including language barriers, can be frustrating.

Language barriers are real, but have been significantly eased by a popular working holiday visa program introduced by the NZ government in the early 2000s.

Peru and Chile, in particular, seem to turn out a lot of vets who seek out experience in NZ.

Thousands of university students and other visitors have since made the 16-hour flight to the South Pacific for work experience.

After a year or more on farms or in ag-related businesses, building English skills and cultivating cross cultural relationships, many return home taking up jobs with Kiwi exporters or putting their English and agricultural skills to good use in other practical ways.

“As a general observation, it seems Peru and Chile, in particular, turn out a lot of vets who seek out experience here and gain a good understanding of NZ livestock management systems,” said Westpac’s senior manager for agribusiness risk and strategy, Andrew Hill.

“Many end up working for NZ companies back home, and we see quite a few NZ farmers encouraged by their South American connections to work or invest over there.”

“Quite a bit of NZ investment has rolled into Chile as a result of the easier trade relationship,” he said

The new 11-country trade group, the Comprehensive and Progressive Agreement for the Trans Pacific Partnership (TPP II) – which includes Australia – would include Chile and Peru, further enhancing more fluid trade and investment options with NZ.

The free trade developments were potentially significant gains because most South American countries tended to operate trading blocs favouring each other, making it difficult for overseas neighbours to crack without encountering sizeable tariff or local production requirements.

Source: Andrew Marshall travelled to New Zealand as a guest of NZ Trade and Enterprise.

Share3
Share
Tweet
WhatsApp
Email
3 Shares
0 POST COMMENT
NEXT ARTICLE
Brazil economy outshines Mexico after surprise role reversal
14/09/2020 - 19:35
PREVIOUS ARTICLE
A lethal blow to the RE / MAX Real Estate business in Argentina: the IGJ prohibits it from operating and orders the dissolution of the company
08/09/2020 - 23:32