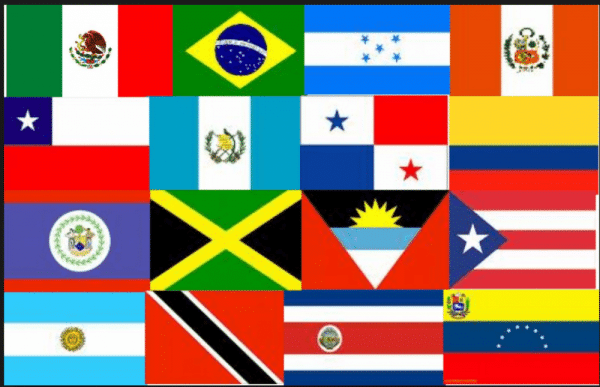 Gateway to South America on 23/02/2019 - 10:38 in All categories of countries are, Brasil-general en, Chile – General, General of Uruguay, Perú-general en

For years, merchants in Nova Scotia traded salt fish, lumber and potatoes for Jamaican rum and molasses. But they needed a place to barter their goods and so, in 1889, Bank of Nova Scotia opened an agency in Kingston.

It was the first foray for a Canadian bank beyond Canada, the U.S. and the U.K. Next came a branch in Cuba in 1906, Puerto Rico in 1910, the Dominican Republic in 1920 and, to serve the livestock and agricultural industries, a presence in Chihuahua, Mexico, in 1934.

More recently, Canada’s third-largest bank has set its sights on South America. Thanks to a series of acquisitions in the 1990s, Scotiabank is now the third-biggest bank in Peru, the sixth-largest in Mexico and the No. 7 lender in Chile. Last year, Scotiabank made its move on Brazil, buying Dresdner Bank Brasil SA from Germany’s Commerzbank AG. In all, Toronto-based Scotiabank has a presence in 13 countries in South and Central America and 22 nations of the Caribbean. 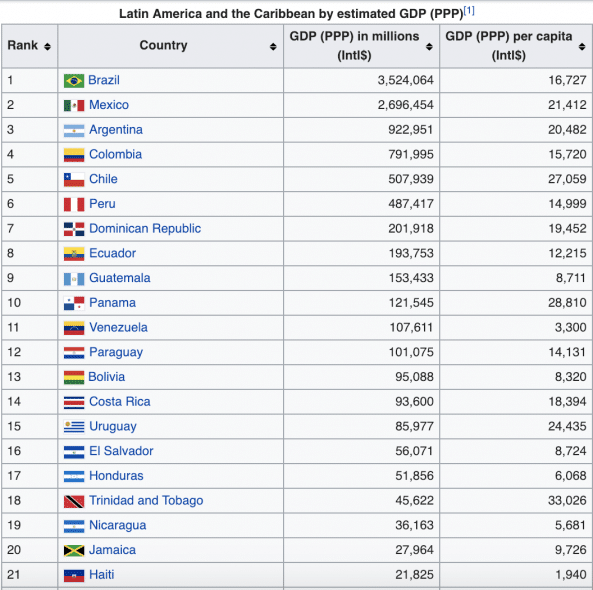 It’s a rich history. But among the Canadian banks, Scotiabank is alone in making a bold move into a region that’s luring record levels of investment globally.

Canadian firms have broadly clung to a long-standing reliance on an increasingly unreliable the United States while setting their sights for expansion on hot spots such as China and India.

The focus on those areas, though promising, means Canada is missing its chance to ride along with one of the world’s key areas of economic growth.

Latin America’s economic renaissance and new-found stability offer a major opportunity for international businesses to invest for much-needed long-term growth. GDP for Latin America and the Caribbean is expected to motor ahead by 4.1 percent annually over the next five years, twice as fast as the Group of Seven economies and the European Union, according to the IMF.

“There’s a lot more potential north-south than east-west,” Scotiabank’s chief executive officer Rick Waugh said in an interview this week from Panama, where the economy is expanding at a rate of more than 6 percent a year. Canadian interest in Latin America is “building, but it’s not what I think it should be,” Mr. Waugh said. “Canadians do have to be pushed on this issue.”

To be sure, some of Canada’s best-known companies are active in the region, such as SNC-Lavalin, Bombardier, Brookfield Asset Management and McCain Foods Ltd.

But they are the exceptions

Canada is already well behind in the race to Latin America. While a quarter of U.S. exports flow to the region, just 3 percent of Canadian goods flow there. World Bank figures show Canada’s share of imports to Latin America and the Caribbean is little changed from a decade ago.

Canada’s meager progress in Latin America is a result of poorly executed vision among political leaders and outdated perceptions in the business community.

A review of Ottawa’s America’s strategy by Foreign Affairs‘ evaluation division concluded that the effort lacks focus, is starved by inadequate funding and lacks clarity on long-term goals for engagement with the region.

Canadian executives who work in the region say their counterparts back home still see Latin America as lawless, widely corrupt and poorly governed, and assume countries such as Brazil run bloated, overregulated companies conducting business only in Spanish or Portuguese.

Corporate Canada’s reluctance to embrace Latin America is Exhibit A for Bank of Canada Governor Mark Carney’s case that unproductive and overly cautious companies are limiting Canada’s economic potential. The southern hemisphere is home to a young population that is becoming richer by the year – a growing source of demand for houses, cars, and technology.

Latin America is home to 589 million people. It’s a region of enormous diversity; its geography includes rain forests, deserts, mountain ranges, and plains, while its wealth ranges from Panama with a GDP per person of $15,300 to Nicaragua, with $2,900.

Once governed by dictators, democracy has taken root. Political stability has replaced upheaval. Fiscal prudence, measured social spending and independent central banks with an eye on inflation have paid dividends. About 56 million people across Latin America have risen from poverty since 2002, according to the World Bank.

Latin America withstood the ravages of the global recession better than most. After dealing with sovereign debt and banking crises of their own during the 1980s and 1999s, the region’s governments were prepared: Debt had been whittled down, financial institutions strengthened and a new relationship with China helped buffer the downturn.

“Historically, whenever the U.S. got the sniffles, Latin America was on an IV and rushed to intensive care,” said Carlo Dade, executive director of the Canadian Foundation for the Americas. “This time around, it’s the U.S. that’s in the emergency room and Latin America that’s out shopping for flowers to bring to them. That’s been a huge turn.”

It’s not that Canada has been blind to the dramatic changes taking place in the southern half of the Western Hemisphere. In a controversial move, Prime Minister Stephen Harper five years ago reoriented Canada’s foreign policy to focus on the Americas, a decision that was taken in part to pave the way for Canadian companies to get involved in the region’s rapid economic growth. Mr. Harper created a secretary of state for the Americas to focus the effort.

“Expanding economic engagement in the Americas and building resilient and sustainable economies through increased trade and investment makes us all stronger,” Mr. Flaherty said in a statement.

Yet for all the government’s diplomatic efforts, Canada is struggling to take full advantage of what Latin America has to offer.

“I haven’t seen too many Canadians down there,” said Rick Jamieson, CEO of ABS Friction Inc., who started selling the brake pads his company makes in Guelph, Ont., in the Caribbean and Mexico about 15 years ago and who now does business in about 10 countries in the region.

Export Development Canada, the federal government’s export finance agency, said Friday that its business tied to Latin America increased 40 percent in 2010 to a record $10-billion. But for all the promise, Canada hasn’t been making the inroads into Latin America as it has for other countries. While exports doubled to Mexico and Brazil in the past decade, they tripled or more to China, India and Britain.

Canada’s false start in boosting economic ties with Latin America and the Caribbean come as the region seeks to diminish its reliance on the United States. China surpassed the U.S. last year to become Brazil’s largest trading partner, and the country’s Foreign Minister boasts that he’s taking Mandarin lessons twice a week.

Canada has “all these natural advantages and long-standing ties in Latin America and yet we remain fixated on India and China,” said Jonathan Hausman, vice-chair at the Canadian Council for the Americas who has traveled to the region for the past 15 years. “Canada has a lot at stake, and in my view we’re not leveraging it to the degree we should and could.”

At the Calgary conference, Enrique Pescarmona, CEO of IMPSA in Argentina, a company that works with renewable energy and has operations around the world, said Canadians can’t afford to miss the opportunity to invest in Latin America.

“Whoever comes to Latin America is going to hit big as long as he does things correctly,” he told hundreds of delegates at the Inter-American Development Bank’s annual meeting of the boards of governors in Calgary Friday. “The best way to do it is to try to [form] partnerships with Latin American [companies],” he said.

Still, challenges remain. The gap between the rich and the poor is getting wider around the world, but the situation remains most extreme in Latin America. “This can be an obstacle to growth,” Angel Gurria, secretary-general of the Organization for Economic Co-operation and Development, told reporters Wednesday in Washington.

It’s not the only obstacle. Inflation, a plague of the past, is creeping back, especially in Venezuela, Argentina and Brazil. Mexico is fighting a drug war that has spilled into other Central American countries. Rising currencies are pressuring local manufacturers.

Also, Brazil’s currency, the real, has been “up and down like a yo-yo,” said Hani Basile, an executive at Montreal-based Dorel Industries, which entered Brazil in 2009 to sell car seats. It took Dorel more than a year to complete the regulatory process – six months longer than expected.

Whereas in Canada there might be 10 steps to start a business, in Brazil there are 150, said Eric Bonner, an executive at Brookfield Asset Management and chairman of the Brazil-Canada Chamber of Commerce. The situation is getting better, but slowly. The regulatory maze is one reason that finding a local partner is essential, Mr. Bonner said.

But those who have ventured into Latin American and the Caribbean contend the positives far outweigh the negatives.

Mr. Jamieson of ABS Friction said he had to get used to the fact that his clients were going to “give you a big hug and kiss you on the cheeks,” but the benefit for adjusting to cultural differences is a market that accounts for 25 percent of his sales.

To capture the promise of Latin America, “the window for Canadians is still open, but in three or four years, it’s going to close,” said Scotiabank’s Mr. Waugh. “It won’t close completely, but opportunities are presenting themselves and it would be a shame for us not to take part.”