Should Latin America set aside outdated ideological prejudices, and insert itself in the global knowledge economy ? 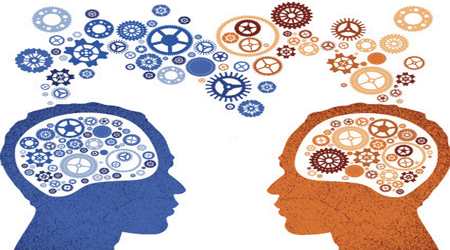 Gateway to South America on 24/01/2015 - 16:57 in All categories of countries are, Argentina-General, Brasil-general en, Chile – General, General of Uruguay, Paraguay - General, Perú-general en

Economists have been predicting for several months that Latin America will have a so-so year in 2015, but new projections from the World Bank and the International Monetary Fund suggest that it may be worse than originally expected.

That’s bad news, because economic forecasts from the World Bank and the IMF — and even to a greater extent those from the United Nations Economic Commission for Latin America and the Caribbean (ECLAC) — tend to be much more optimistic than those of leading private economists. When these international institutions lower their economic forecasts, it’s time to worry.

The World Bank earlier this week reduced its growth projection for the region in 2015 from its previous estimate of 2.9 percent to 1.7 percent. The IMF is expected to cut it from 2.2 percent to 1.5 percent when it announces its annual forecasts next week.

Marcelo Giugale, one of the World Bank’s top economists, says that “with luck, this will be a mediocre year for the region.” In addition to low international commodity prices, many countries in the region will be affected by a near- stagnant economy in Brazil, South America’s economic engine, he said.

Alejandro Werner, the IMF’s director for the Americas, told me in a separate interview that 2015 will be very similar to 2014 for Latin America. And 2014 was already the worst year for the region in twelve years, with the exception of 2009, he said.

But both international financial institutions agree that the region will grow at different speeds: oil importing countries in Central America and the Caribbean will grow much faster than commodity exporters in South America. Mexico, an oil exporter that has a diversified economy, will be somewhere in the middle, they say.

Among Latin America’s worst-performing economies in 2015 will be Venezuela, Argentina and Brazil, the region’s biggest commodity exporters.

Venezuela, which relies on oil for 96 percent of its overall exports, is expected to have a negative growth rate of 2 percent this year, according to the World Bank. Private banks expect Venezuela’s economy to drop to up to 4 percent negative growth. Venezuela has the world’s highest inflation rate, projected at 70 percent for 2015.

Among the countries that will perform best in the region this year, Panama will grow by 6.1 percent, the Dominican Republic by 4.9 percent, Peru by 4.8 percent, Colombia by 4.4 percent and Mexico by 3.3 percent, the World Bank says.

In addition to relying less on commodity exports than others, most of these countries are major exporters to the United States, the world’s biggest economy, which is rapidly emerging from its 2008 crisis, the World Bank and the IMF say.

My opinion: Judging from the World Bank, IMF and ECLAC economic projections in recent years, it wouldn’t be surprising if even their latest projections err on the side of optimism.

It’s time for Latin America to adopt a new economic growth agenda. Rather than continuing to cruise on automatic pilot, relying almost exclusively on raw material and basic manufacture exports, the region should bet heavily on quality education, innovation and global integration in order to sell more expensive goods to the world’s biggest markets.

Instead of holding constant summits that invariably end up with empty declarations of brotherly love and regional integration, Latin American countries should try to jointly negotiate trade accords with the United States, the European Union and Asia. Today, Latin America accounts for only 5 percent of world merchandise trade: if it doesn’t join bigger trade blocs, it will remain a poor countries’ club.

And, just as importantly, Latin America should improve its dismal education and innovation standards. Today, it ranks at the bottom of the list in international PISA tests of 15-year-old students, and all Latin American countries together register less than 10 percent of the patents of new inventions that are filed annually by just one Asian country — South Korea —before the World Intellectual Property Organization.

It’s high time for the region to do what Asian countries have being doing for a long time: set aside outdated ideological prejudices, and insert itself in the global knowledge economy.

Contact the Gateway to South America team to learn about the best investment opportunities in the region. The company is a benchmark for foreign investors wishing to invest in Argentina, Brazil, Chile, Paraguay, Peru and Uruguay, providing expert advice on property acquisition and investment tours.www.gatewaytosouthamerica.com
(Visited 59 times, 1 visits today)