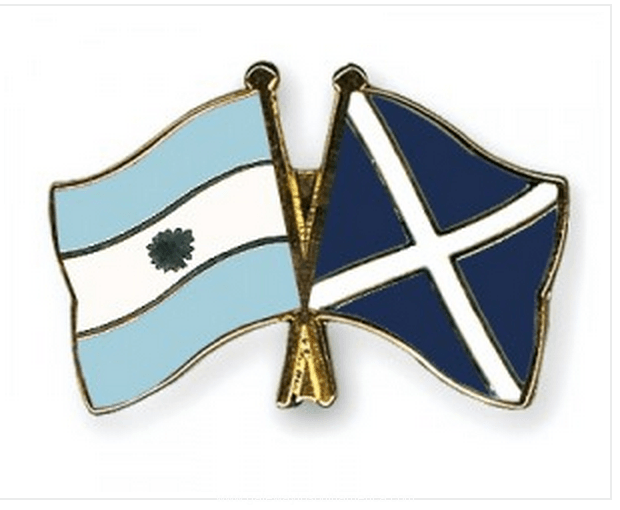 Great numbers of Scots emigrated oversea’s in the hundred years before the first world war. Most of them settled in the United States of America or in Canada, Australia, New Zealand and other parts of Britain’s vast empire.

A significant minority, however, emigrated to South American states, Argentina being a popular choice. The first Scots settled there in the years prior to Argentina becoming an independent confederation in 1816; they were the forerunners in a wider immigration which would eventually contribute to a remarkable but little known economic and social relationships between Scotland and Argentina, and Patagonia Austral, the southernmost provinces of Argentina and Chile.

The impetus behind emigration came in many forms. Changes in the Scottish rural economy, industrialisation and rapid population growth had profound effects, on the one hand leading to displacement from the land and internal migration to urban centres, and on the other promoting demands for export markets and the import of foodstuffs and raw materials.

In these circumstances, emigration overseas appealed to many Scots. Rural workers had prospects, denied to them in Scotland, to farm their own land, urban workers could escape from low wages, poor conditions and unemployment and establish themselves as prosperous artisans in developing communities, and merchants had opportunities to found highly profitable commercial houses. And, there were those who sought adventure, exploration or escape from problems at home.

Consequently, the Scots who went to Argentina in the early years came from many backgrounds, and as they established themselves so they attracted not only more of their kind but also professional men such as ministers, doctors, teachers, representatives of Scottish companies and clerks to meet the needs of their communities, and members of the gentry and investors who put their wealth into land and infrastructure.

Add to these, wives, female relatives, governesses and female farm servants, then by the end of the century Scottish immigrants were to be found in all sectors of Argentine society and throughout the land, from Buenos Aires and other urban centres to the vast lands of the pampas and the sheep stations of Patagoma Austral.

Immigration continued in the first half of the 20th century, then halted. However, the Argentine descendants of Scots have not forgotten their forebears and keep alive some of the family traditions and the institutions introduced long ago. The New Homeland Immigrants had to come to terms with a society that was strikingly different from Scotland. Formed from former provinces of the Spanish empire, the Argentine Confederation inherited the Roman Catholic Church and the Spanish language and culture as its defining national characteristics.

Furthermore, in the earlier part of the century, most of the inhabitants were of Spanish colonial descent, forming a long-established society in control of political and social institutions. A land-owning elite dominated the established agricultural and pastoral lands and its leading families fashioned the values and behaviours of upper class society in Buenos Aires, Cordoba and other former colonial cities.

Beyond the cities the population consisted mainly of small farmers, labourers and cattlehands – gauchos – who handled the great herds of cattle and horses on the open ranges of vast estates. However, much of the great plains – the pampas – as far south as the Rio Negro was occupied by semi-nomadic Indian tribes whose skilled horsemen opposed European settlement.

Here, as the century progressed, there were parallels with the expansion westwards of the U.S.A., with settlers moving on to Indian lands, resistance by the tribes, the slaughter of the animals on which they lived, military intervention, subjugation and destruction of their way of life.The land itself was a striking experience for the Scottish immigrants.

Stretching from the present provinces of Salta, Jujuy and Formosa in the north through to the fertile farmlands and pastures of the western and central provinces, then southwards to the vast, largely unoccupied plains of the pampas and finally beyond the Rio Negro into the unexplored heart of Patagonia, there existed every contrast and variety of climates and landscapes.

The very vastness of the country was an invitation to settlement and exploitation of its natural resources; yet at the same time it posed many difficulties for immigrants. Beyond the established cities there was little or no infrastructure of communications and services. Consequently, those early settlers who sought to establish farms, especially in the frontier lands of the pampas and the south of the province of Buenos Aires, were largely dependent upon their own resources and the help of neighbours, facing hardship, primitive living conditions, crop failures and the hazards of Indian raids and civil disorders.Independence from Spain in 1816 was soon followed by a succession of political conflicts, provincial uprisings, civil wars, wars with neighbours, campaigns against the Indians and military dictatorships, persisting in one form or another well into the second half of the century.

In one way or another these events affected economic development, territorial expansion, law and order and, consequently, the lives of immigrant families and communities.The Scots merchant community in Buenos Aires had to contend with trading uncertainties; rural communities suffered from the depredations of conflicting armies and Indian incursions; and government control waxed and waned.

The long dictatorship of General Juan Manuel de Rosas, from the late 1820’s to his downfall in 1852 imposed a harsh measure of political order and stability, and his campaign against the pampas Indians brought vast areas of the plains under government control.

However, his downfall led to further political instability and the resurgence of Indian occupation and raids on frontier farms. Yet despite all the problems, immigration continued to grow, the merchant community of Buenos Aires prospered, rural settlement expanded and the produce of Argentina increasingly found its way to Britain and the Continent.