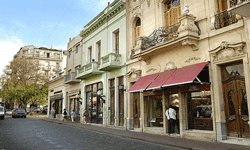 Gateway to South America on 25/10/2015 - 15:53 in All categories of countries are, Argentina Lifestyle, Argentina-General, Buenos Aires Residential 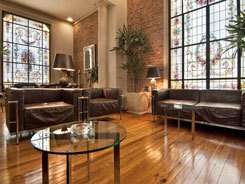 This popular suburb of Buenos Aries called San Telmo has prices sustained by tourism and its traditional appeal of Colonial buildings and laid back lifestyle.

It is a traditional neighborhood and has a leading role in the real estate market favored by foreigners.

Tourism as well as a rediscovery of and improved appreciation for the area’s Colonial architecture – is the basis for a growth in demand for property.

Cobbled streets and Character Homes  from the end of the 19th Century and beginning of 20th Century give a nostalgic, old-fashioned Buenos Aires feel to the area. The historical area is protected by the APH (Área de Protección Histórica or Historical Area Protection) zoning rules which adds value to attractive older buildings. .

The suburb itself is not that big (just 1.2 sq km ) and it is even smaller if you consider only the most popular parts in which foreigners favour to live on a temporary or permanent basis.

The areas surroundings the Plaza Dorrego and Parque Lezama are seen as the two of the most attractive areas. The ambiance of the antique shops, restaurants and bars, as well as street fairs and spectacles such as Tango,  attracts thousands of tourists each weekend.

As a result, it is around this part’s landmarks and the special buildings on nearby alleyways and streets that the real estates prices have reached the highest values.

Traditional, refurbished buildings and houses are the most sought after by locals, who are attracted by the area’s bohemian atmosphere, as well as by the growing wave of foreign buyers, who end up being captivated by this corner of Buenos Aires and buy real estate there so they can be part of it.

San Telmo offers opportunities  for loft creation and the conversion of old buildings.

Apartment prices within this unique neighborhood, located in the heart of Buenos Aires and near the city centre and Puerto Madero, vary according to their functionality, style, exact location, quality and general building maintenance.

They range from between USD150 to USD2500 per sq m for used units. For exceptional properties, the values may climb up to around USD2800 .

The tourism boom – as well as the large number of universities located in the neighboring area (such as UADE, Kennedy University, the University of Buenos Aires’ Engineering Faculty, Austral University and the Catholic University in Puerto Madero) – are the reason why rental properties in San Telmo are so keenly sought for.

There is a strong demand for furnished property rentals by foreign tourists, as well as students coming from abroad and from the interior of the country. For temporary apartments, the rent is between USD20 and USD35 per sq m per month.

The temporary rental phenomenon is leading to the emergence of some specialised hotel developments directed to specific market segments.  A good example of this are these properties

Undoubtedly, San Telmo has become one the places chosen by foreign people when they consider adding real estate in Argentina to their investment portfolios, attracted by its centrality within the city and its special Tango, arty and bohemian spirit.

In conclusion, the combination of an excellent location, the place’s special personality and likely future restrictions on real estate being offered (because of protection of the area’s heritage), have led to a re-assessment of the value of property in San Telmo.