San Rafael – Argentina: “The Other Mendoza” 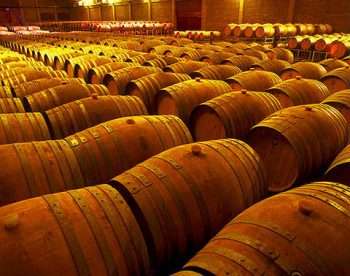 Gateway to South America on 04/02/2015 - 15:36 in All categories of countries are, Argentina Lifestyle, Argentina Mendoza, Argentina-General, Argentine farms

When we speak of wine locally we are almost always speaking of Mendoza. But which Mendoza?

Anybody who has made any sort of study or survey of Mendoza wines will realise that the province is pock-marked with pockets of wine producing valleys areas and regions that confer upon their wines a certain character different from others. Lujan de Cuyo, Tupungato, San Carlos and many more can be mentioned as examples of prime wine making areas. All are situated relatively closely towards the north of the province and mostly in the Valle Central. However, there is one important wine area in Mendoza that is entirely cut off from the rest of the province by a semi-desert of some considerable extense that produces wines that in many cases are icons of the provincial wine industry.

This area is San Rafael (to which we include Villa Atuel).

San Rafael (city) is situated 240 km from Mendoza city and its history, including its wine making trajectory, is as old as the provincial capital. Two of its wineries — Bianchi and Goyenechea — figure amongst the nation’s oldest, producing wines that are classic names not only in Argentina but abroad as well. In addition to these two pillars of the local industry, there are a number of others such as Balbi, Lavaque, Jean Rivier and Alfredo Roca. The latter two are recent additions and little known locally mostly because they are devoted almost exclusively to the export trade. However very recently I was able to get my hands on a sampling of some Roca wines that made me think why should we have to travel abroad to enjoy some of our best wines?

This is a matter that raises more questions than answers when one begins to scratch a little below the surface. For example, is it logical that we should pay the equivalent of 20 or more dollars for a bottle of our wine locally, but travel to, for example, the US and pay no more than ten or so dollars for the same wine? It makes one think that somebody is playing a fast one on us locals. Should the situation change someday and exporting turn into a no-go will the local market be enough to take the slack? But back to San Rafael for now.

The main white varietals from San Rafael are Chardonnay, Chenin, Semillon and Tocai Friulano — with Chenin probably the most important although seemingly less considered — with Malbec, Sangiovesse, Syrah and Cabernet Sauvignon heading the band of red grapes. This latter is a typical example of a classic varietal which has adopted a personal touch in this area which marks it out from other Cabs, This might be so — those who say they know say this is so — but when I got down to opening the bottles of Roca wines that came my way. I selected not a Cabernet to open the parade, but a Bonarda (almost an orphan in San Rafael).

I’ll admit that I am on a Bonarda campaign these days, and seek out this varietal to the almost exclusion of all others, but I cannot but state that the Roca Bonarda, a Dedicacion Personal 2007, impressed me greatly. Softer and slightly sweeter — in the sense of almost showing no tannin in the background — it was a wine opened for tasting that ended up drunk empty at one sitting. Obtainable at around 60 pesos on the street, it is a firm challenger of a San Juan Bonarda (in character, not quality).

I should explain here that Roca has three levels of wines, which are denominated Family Reserve, Dedicacion Personal and Alfredo Roca, in that order, the Family Reserve ranging the 90 pesos and the Alfredo Roca the 40s. A Dedicacion Personal 07 Cabernet Sauvignon seemed to me to be an excellent example of a San Rafael cab, with great emphasis on colour and aroma, and still a little tannic in the aftertaste, a defect that another year in bottle will probably iron out.

Back to the Bonarda for a moment. I am discovering that this still not totally appreciated varietal is performing almost exactly as our Malbec. Shunned in France (Malbec) and Italy (Bonarda) considered second rate material for indifferent wine, both have demonstrated that all they required were the right conditions to develop and the right technology to bloom. Malbec is now scratching the peak; Bonarda is still climbing the heights, but that it, too, will also reach the pinnacle, I have no doubt.

The above has something to do with what comes now. The Family Reserve Malbec 07 is top of the line for Roca. Malbec is top of the line for Argentina. The Family Reserve I tasted was good. It was a sound, honest Malbec, but it was not a Malbec that could challenge Ricardo Santos or Achával Ferrer or even a slightly more modest Tapiz (an excellent Malbec by any means). Could San Rafael be a better Bonarda producer than a Malbec producer? San Juan Malbecs are good but not outstanding. Their Bonardas are improving daily.