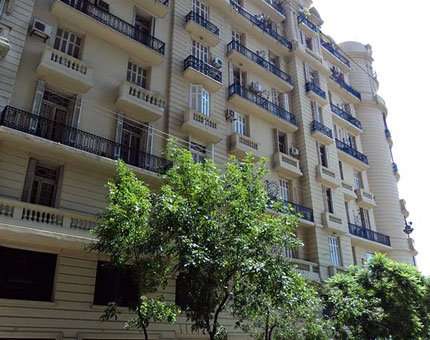 Gateway to South America on 16/12/2018 - 20:48 in All categories of countries are, Argentina-General, Buenos Aires Residential

The consequence of lower demand is affecting the more affluent suburbs. Suburbs such as Puerto Madero, Retiro and Colegiales are now worth slightly less. The lower demand has also lowered the profitability of rental properties.

The prices in US dollar terms of apartments in the Federal Capital appear to be in decline. In November, although minimal (0.3%) the accumulated another fall against October and, thus, closed the third consecutive month of decline, according to a report of the site of purchases and sales Properati, prepared with the consultancy Oikos.

In the interannual variation, however, they are 6.8% higher than those of November 2017. But, it is a lower increase than in previous months: by June, they were 15.2% more expensive than in the same month of the previous year.

In November, the Association of Notaries Public of the City of Buenos Aires announced that the total transactions for the sale of property in the Federal Capital had registered a year-on-year drop of 40.7% in October. However, compared to September, the transfers grew 3.5% in quantity. “Thus, it could be interpreted that the worst of the fall in the sector would have been left behind,” said the Properati report.

“The driver that stands out most behind the sharp slowdown in the fall in demand for properties is the exchange rate instability of recent months,” the report said. In an environment of increases in USD dollar rate against the weak Argentine Peso, “the price in pesos of properties has doubled in a short period of time.

The latest data on transactions in the City of Buenos Aires, the report continues, confirm: during the month of October, the year-on-year drop was 82 percent.

Among the most expensive in the Federal Capital, the neighborhood that, in November, had the most important year-on-year drop in dollars was Puerto Madero: 9.5%.

Together with Colegiales (2.4%), Retiro saw its prices decrease by 4% year-on-year after its values soared 25.2% in October.

The most expensive neighborhood is still Puerto Madero, with an average of USD 6,555 per square meter.