Gateway to South America on 05/04/2014 - 15:35 in All categories of countries are, Argentina Lifestyle, Argentina-General, Buenos Aires Residential 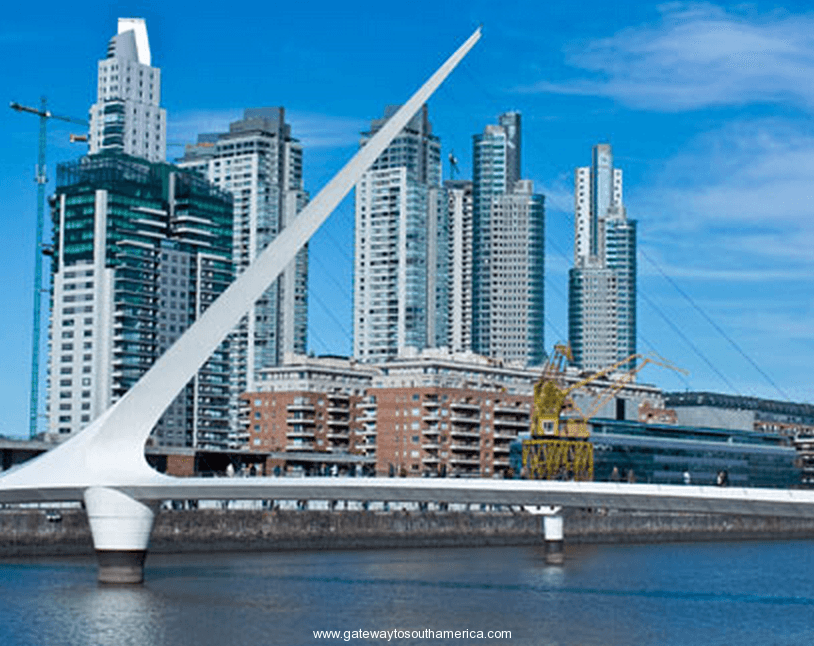 Renting in Buenos Aires can be a challenge which can smother you in a cloud of anger, confusion and discomfort if you are on a tight budget. So here’s what you should expect when it’s your turn to navigate the world of renting an apartment in Buenos Aires.

Pesos or Dollars? No, this isn’t the debut single of 50 Cent’s Latino cousin, but actually a frustrating question you’ll find yourself asking when looking for an apartment in Buenos Aires. You can pay for items with dollars in lots of cities, but not everywhere has the annoyance of two different exchange rates: the official rate, and the ‘blue’ rate. The official rate of a dollar is currently floating around eight pesos, while the ‘blue’ is about 10-11 pesos.

Most apartments open for temporary rental are advertised in dollars, and if you’re living and working in the city, the likelihood is that you’re going to need to pay in pesos. So, once you’ve set your budget, and you think you’ve found your perfect new place, advertised at $700 US, for example, expect an unpleasant surprise when the landlord asks you for 8,000 pesos, instead of the 5,400 pesos, the official exchange rate that xe.com has provided for you. Landlords and rental agencies may try to manipulate the fact that there are so many exchange rates in their favor, and this will usually result in an awkward conversation with the prospective landlord. There’s usually room for maneuver to get the rate somewhere in between.

Buenos Aires is big, and it’s neighborhoods vary tremendously. From the lush green avenues of Belgrano, to the gritty streets of Once, there’s a lot to choose from. But, as a  bewildered European in the city, most locals will assume that you have an unquenchable  desire to spend every waking moment in the safety of Palermo.

Sure, there is a reason for this assumption. Palermo is the trendy hub of chic bars, and swanky restaurants, dripping with cosmopolitan expats and stylish boutiques. Palermo is big, it’s Palermo Soho, Palermo Hollywood, Palermo Chico, Palermo Nuevo, or Palermo Viejo, some have even started calling Villa Crespo Palermo Queens.

But, the fact is Buenos Aires is a whole lot more that one neighbourhood. It’s the arty buzz of jazzy Almagro, the classical ambient of traditional San Telmo, or the laid-back flow of  underrated Villa Crespo. But, the landlords will try and convince you that the only option for you is a shoddy single-bed squat, in overpriced Palermo. Beware this trick, and prepare to delve deeper than the Palermo hype, because once you do, you could find sides to Buenos Aires that you never expected. If you have a larger budget you can think about the safer more sophisticated suburbs of Puerto Madero Recoleta and Retiro ( think Chelsea London )

Beware of the (Enthusiastic) Housemates

Another good option is a shared house. The precarious shared house, filled with wonders from around the world. Every city has them, but one risk remains the same: your new housemates. Will they be enlightened scholars, obnoxious glue-sniffers, Third Reich cleaning Nazi’s, or junkyard rubbish dumpers? Will you immediately spark a timeless friendship, or commence in unabated warfare? Will you fall in love, or find a 47 year-old carpenter sniffing your underwear? Choosing your housemates is a hazardous exercise.

Buenos Aires has a great variation of housemates in waiting, and from my experience, about 70% will pose no problems. But it’s that 30% that you need to watch out for, as they’ll be the ones looking back at you in the ripples of every Quilmes and cafe con leche you desire to consume.

I don’t believe that there are many ways to make accurate assumptions about a person upon first meeting, and it would be wrong to try and stereo-type particular nationalities etc, but there is one trait that I’ve learnt to look out for: enthusiasm. This probably sounds contradictory, and a bit antisocial, but in my experience, prospective housemates that are overly enthusiastic and welcoming often turn out to be the ones you want to avoid.

It’s a hard pill to swallow, because of course you want to be immediately welcomed in and liked, but if the housemates are showing a high level of enthusiasm, it could mean that they want you as a friend, not a housemate. Don’t get me wrong, I’m all for new friends, but equally, I’m happy with what I’ve got, and I’m not going to hunt for too many more. I’m looking for roommates that’ll give me my own space, and maybe even offer light conversation. Not ones that’ll stick a pin in the voodoo doll they’ve dressed up as you every time you say your busy.

Another inexplicable rule that has been presented to me during a number of apartment visits is that Argentines are not allowed to visit the property, even if, God forbid, you might have befriended one. Yes, in Buenos Aires, the capital of Argentina.

The party-line between these landlords seems to be that ‘Argentines are dangerous, and they aren’t to be trusted.’ Which isn’t particularly comforting whilst in the process of negotiating renting terms with: an Argentine. But this contradiction doesn’t seem to worry them, they are much more concerned about letting their fellow compatriots within their cherished walls, as if they will bring with them an indomitable plague that will reduce their house to nothing but rubble.

I hold a different opinion. My intuition, albeit scarce, tells me that a more plausible explanation for this illogical, and somewhat racist, ruling, is that local Argentines probably know the true value of accommodation in Buenos Aires, and could probably tell you if your landlord is ripping you off. Which, I should imagine, could be a problem for the landlords of ‘strictly European and American’ shared houses.

Considering the aforementioned issues, you may elect to rent a whole place, alone or with friends. In this case, there are two ways you can go — you can look for a month-to-month rental, whose price is more likely to be quoted in dollars, or a long-term, one or two-year rental agreement, for which the price will be lower and in pesos.

Argentines are usually the only ones able to arrange longer-term agreements. Why? Because when you aren’t paying month to month, they ask for an Argentine guarantor. This rule, which most proprietors in the city adhere to, states that to rent an entire property and sign a contract of longer than six months, you need an Argentine property owner to act as your guarantor.

The other option that is becoming more popular is a Bank Guarantee. Also there is some companies offering a guarantee service.

Hopefully, once carefully completing this arduous search, you’ll find your perfect, or, at least livable, place in one of the worlds most addictive cities. Once in, you’ll no doubt be handed a set of new challenges. Like, finding the best local Panaderia (bakery)? Or the cheapest Carniceria (butcher)? Does the 152 bus line drive through my street? And can I pronounce it’s name? But, you’re in, and you’re safe, until battle commences once again.

If you’re feeling brave, and fancy beginning your search, here are some good websites to get you going: