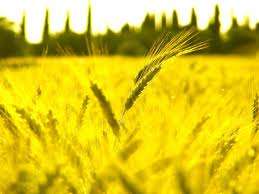 While crops in top grain exporter the United States will battle for acres in the upcoming spring planting season, the developing world is expected to deploy resources to expand agriculture and improve stagnating productivity.

Analysts told the Reuters Food and Agriculture Summit they expected more land in Latin America, Africa and the Black Sea region to be planted with crops such as corn, wheat and soybeans, whose prices have climbed to multi-year highs on the benchmark U.S. markets in recent weeks.

“There still remain significant tracts of land in South America which can be readily brought on steam — whether that be virgin land or land substituted out of cattle production,” said commodity strategist Luke Matthews of the Commonwealth Bank of Australia.

“There certainly is potential for improved land utilization in other parts of the world, including Africa and the former Soviet Union, where we can see additional land come on line.”

Global food prices, measured by the UN’s Food and Agriculture Organization (FAO), hit record highs in February, as countries from Asia to the Middle East stepped up grain imports to ensure ample supplies in the face shrinking stocks.

The head of FAO this week warned that surging global prices of basic foodstuffs raise the risk the food crisis of 2007-2008 in developing countries will be repeated.

Brazil and Argentina – the world’s second- and third-largest soybean producers — are already on track for a second straight year of bumper production to feed rapidly growing demand led by Asian giants China and India.

With more untilled arable land than any other country on earth, Brazil may be the world’s best hope to boost global supplies to contain rising food prices, analysts say.

The nation is expecting historic-high soybean output of around 70 million tonnes and farmers have benefited from lofty $14-a-bushel market prices. Analysts say producers’ profit margins have nearly doubled from last year, to 50 percent.

The Black Sea region — which was responsible for igniting a rally in wheat prices after a devastating drought last year and — could have better yields in 2011.

“We expect yields to improve in the former Soviet Union bloc in particular,” Matthews said. “Also, there are opportunities within the African continent to increase yields as better farming practices are adopted.”

Russia, worried by soaring food prices and a shortage of grain to feed its livestock, may extend its ban on grain exports until the end of the year, Deputy Prime Minister Viktor Zubkov said earlier this month.

Analysts said there are expectations of higher spending on technology to raise productivity in developing nations where food demand is rising rapidly.

“One thing the developing world has not done in to increase productivity, things like mechanization and production efficiencies in agriculture,” said Brett Cooper, a senior manager of markets at FCStone Australia. “So one thing the high price does is also allow further investment in those areas.”

As part of efforts to boost farm output and productivity, India’s finance minister wants loans to the sector to grow to 4.75 trillion rupees in 2011/12 from 3.75 trillion a year ago.

“Higher prices will make governments focus more on agriculture, through looking at irrigation potentials, and increase food supply in the economy, through better supply chains,” said Sonal Varma, an economist with Nomura in Mumbai.

“This could help prevent farmers from diverting their agriculture land for other uses.”

Still, farmers in the United States — the world’s biggest supplier of corn and soybeans — will take the lead role in boosting farm output.

The U.S. Department of Agriculture has projected 92 million acres will be planted with corn, the second largest since 1944, and 78 million acres with soybeans, a record volume.