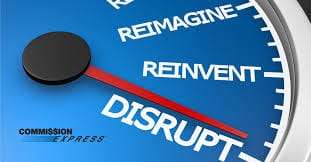 Purplebricks is quitting Australia less than three years since it entered the market promising to “change the real estate landscape” with its fixed-fee model and online platform after making serious losses.

Although both Purplebricks and Savills backed Yopa hybrid models of selling real estate both started up with some degree of success in the bull real estate markets it entered into, once the market normalised they quickly got into trouble.

Both have raised and lost millions of pounds from investors to advertise their new models on TV and Print.

Pressure had been mounting on the British company to exit Australia after it reported an $18 million interim loss for the six months to October, amid growing concerns about the viability of its business model Down Under and indeed elsewhere.

Once the Australian market slowed “broke” real estate agents were quitting the British disrupter in droves.

Many sales agents were unable to meet sales targets while earning only a meagre split of the low fixed-fee charged customers.

Rumours of a toxic culture within the company and vendor discounting competition as unsold stock mounted, shocked the traditional real estate industry.

More recently, UBS slashed its share price forecast for Purplebricks UK  amid a worsening outlook for its struggling Australian business.

The decision to quit Australia was revealed in a trading update in London on Tuesday morning in which Purplebricks highlighted that a combination of “increasingly challenging” market conditions and “execution errors” had combined to “not deliver the progress the board expected”.

“The board has therefore concluded that the prospective returns from Australia are not sufficient to justify continued investment,” the company said.

As part of the announcement, Purplebricks also said co-founder and global CEO Michael Bruce was stepping down from the business “with immediate effect”, replaced by Vic Darvey, previously Purplebricks’ chief operating officer.

Purplebricks launched in Australia in September 2016 with a $4500 fixed-fee offering in Melbourne and Brisbane and soon expanded into the other states.

Mr Bruce predicted the business would succeed in Australia, saying that Australians wanted a “credible alternative” to the traditional commission model.

However, the business quickly began to run into trouble as the housing market started to slow and sales took longer to achieve. This left many of its agents – who only took home about $1000 for every listing – struggling to make ends meet.

Purplebricks increased its fixed-fees a number of times and then – in October last  year – revamped its model entirely by introducing a split fee, where $4400 was paid upfront and $4400 on settlement, with agents able to earn double if they secured a sale.

However, analysts continued to cast doubt on the outlook for the Australian business where it was spending 84¢ last year for every $1 earned.

At the same time, the Purplebricks share price was crashing back towards its December 2015 listing price of 100 pence – in large part to its loss-making international businesses – having once been worth 500 pence.

The May UBS report, which warned Purplebricks Australia would not break even until 2022, was perhaps the final straw, even though the company had secured almost 7000 listings and sold more than 5500 homes.

More than  100 agents were  employed or contracted to the company.

Purple Bricks and Yopa join a long line of non-traditional models of selling real estate that has failed to succeed in anything but in real estate bubble markets leaving behind a trail of misery and destruction for both vendors and salespersons involved.

For vendors to achieve success in a normal or down real estate market they require dedicated experienced salespersons who have the marketing and negotiating skills to go the extra mile with the backing of a full-service company. This cannot be done by an app.