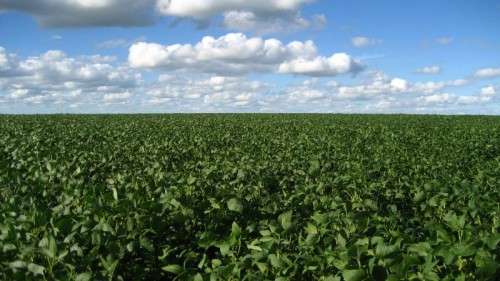 Farmland has been proven to deliver strong returns over time with its low volatility and its little correlation with other asset classes and the broader global economic cycle. Since 2001, U.S. farmland prices have risen by 6.8% p.a.,1while farmland in Poland has risen by 11.8% p.a. and in Brazil by 12.9% p.a. (in local currency terms).

These return characteristics are proving attractive to many investors by providing diversification to their portfolios.

The implied value of farmland can be modelled using the cash flows an owner expects to receive from farming the land and the owner’s cost of capital.4 Cash flows from farming are also useful in determining the cash flows due to a farmland owner from a tenant, as owners will take a share of the return to land in the form of rent. Furthermore, in the absence of other factors such as change of land use or tax benefits, the ability to generate farm income is highly relevant to any resale value, given the most likely buyers will be farmers or other investors. Farmland cash flows are determined by calculating revenues (crop yield multiplied by crop sales price) less expenses (cost of production,5both direct and indirect). In some countries, revenues also include government subsidies and other support provided to the farmer. Each landowner or farmer will have their own cost of capital dependent on their financial situation, in this analysis the owner’s cost of capital is represented by either industry farm lending rates or the long-term risk free rate in the country of operation. These provide a proxy for broad changes in the cost of financing in each country.

For row crop farmland there is a clear link between crop yield, crop price, cost of production, interest rates and land values. An implied price can be formulated as a result of income from crop production and the interest rates, as follows:

The relationship between actual and implied prices in many of the key agricultural commodity-exporting regions around the world are shown in the figures below.

In order to mirror the investor decision-making processes, this analysis uses five-year moving-average of implied pricing which more closely aligns with farmer decision making rather than conditions resulting from a single year.

The analysis focused on the U.S, and Brazil , which are agricultural exporting countries. In the U.S. and Brazil, the major producing states of Illinois and Mato Grosso were selected.

All farmland values and commodity prices are in local currency terms.

Figure 1 shows the comparison between actual farmland values in Illinois (one of the Midwest’s two most significant agricultural-producing states and the state in the Midwest attracting most institutional investor interest) compared to the modelled implied pricing since 2005. The correlation between implied and actual farmland values is 93.3%, indicating a very strong association between the modelled implied pricing and actual prices over time.

Given the strong mathematical link between the components of farm income, interest rates and farmland values, the components can be converted into a regression analysis to analyse the relative magnitude of different farmland price drivers and how they have changed over time. In the regression analysis, changes in yields and cost of production were combined to indicate how farm productivity has driven farmland values. Productivity improvements have been led by seed technology developments, more efficient application of inputs, and improvements in equipment, to name a few.

The regression analysis in Illinois has a R-squared of 96.3%, which indicates very strong explanatory power of the variables in determining farmland values. On average, changes in commodity prices has explained 14% of the movement in Illinois farmland values since 2005. There was a slight increase in commodity price contribution from 2009 to 2016, when prices of corn and soybeans experienced strong price movements (both upwards and downwards) but that price volatility has since stabilised. One of the dominant market themes over the analysis period has been the declining interest rate environment. As a result, interest rates have had a large and positive influence on farmland values. However, as interest rates have declined to relatively low levels (figure 3), the impact on farmland values has also declined to 50% in 2018 from 73% in 2005.

Productivity is the component which has grown in its influence on farmland values during this period from 18% in 2005 to 35% in 2018, indicating that improvements in yields and more efficient practises are one of the key drivers of farmland values. Given the current introduction of technology focused on big data collection and analysis, and its implementation into agricultural equipment and decision making programs, productivity is likely to continue to be a key contributor to rising farmland values going forward.

Selecting an individual state for the analysis in Brazil was important given the geographic spread of states driving differences in inland transportation costs and certain states being able to grow two crops per season due to the soil type and rainfall. Mato Grosso is Brazil’s largest agricultural commodity-producing state, with main railroad hubs located over 2,000 km from deepwater export terminals. The cost of transportation is reflected in the farm-gate price that farmers receive, and in this analysis is included in the commodity price component. Mato Grosso is able to grow two crops per season, leading to 150% utilisation of the farmland (a typical season’s rotation is 100% soybean followed by 20% corn and 30% cotton on better quality land). The five-year average implied price for farmland in Mato Grosso has a correlation of 97.0% with actual prices, again showing very strong association between the model and actual prices.

The regression analysis has an R-squared of 97.9%, but interestingly there are differences in the magnitude of the various components’ contribution to movements in farmland values in Brazil relative to the U.S. Firstly, commodity prices had a higher influence at an average of 30% over the period. This higher contribution can be partly explained by currency. Commodity prices received by Brazilian farmers are referenced to U.S. dollars (USD). Given the considerable volatility in the exchange rate between the USD and the Brazilian Real over the period, the devaluation of the Real has resulted in an increasing contribution of commodity pricing to Brazilian farmland values. Secondly, a reduction in freight costs driven by infrastructure improvements has resulted in higher farm-gate prices and has also inflated the contribution of this variable.

Interest rates have had a much lower influence in Brazil at an average of 5%. While there has been considerable volatility in Brazilian interest rates over this time, farmers in Brazil benefit from subsidised government loans which have experienced less frequent changes hence reducing the overall contribution relative to the U.S.

Productivity on average has explained 64% of changes in farmland values in Mato Grosso. This has been driven by the introduction of new seed varieties, improved agronomic practises, adoption of larger equipment, and the development of large farming operations that have significant economies of scale.

Overall, the analysis demonstrates that the key drivers of cropping farmland values globally are a function of farm income and cost of capital. There are nuances to investing in different regions, which highlights the importance of having investment professionals that are located in and have experience of each region to be able to invest with confidence.

The magnitude of each variable’s influence on farmland values has changed over time. To forecast future farmland values, investors need to form a view on the direction of commodity prices, cost of capital and productivity improvements.

Productivity has been one of the key variables that has influenced global cropping farmland values over time. Developing countries such as Brazil have benefited from the introduction of farming practises that have rapidly improved productivity. Even in the U.S., which is a more mature producing region, productivity continues to play an important role in lifting farmland values. Given the plethora of new technology being introduced to farming operations, it is rational to expect this trend to continue.