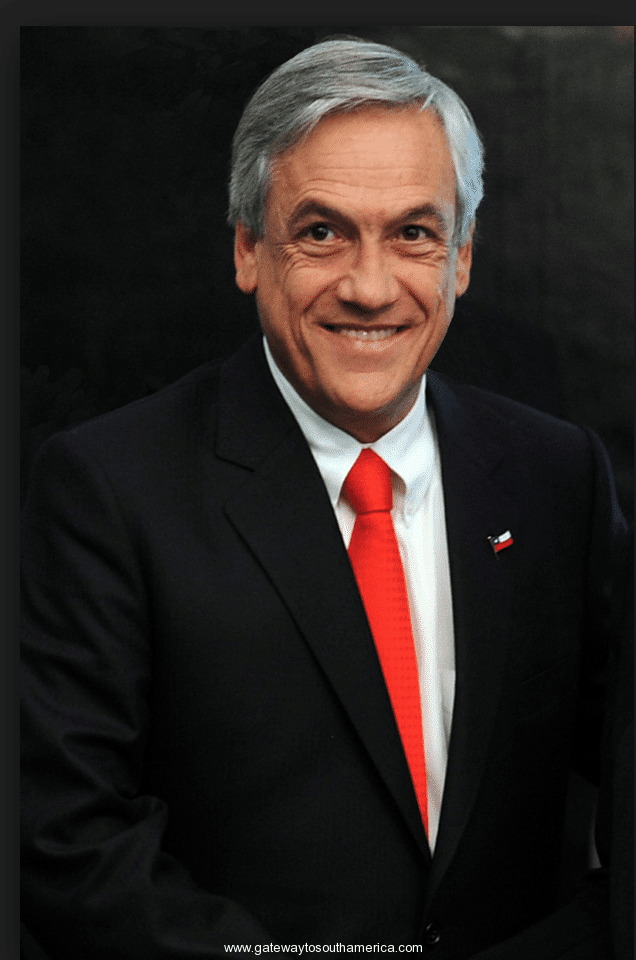 A new constitution is not only the beginning of the end for Piñera’s center-right government, but it is also the end of Chile as we know it

While the socialist Evo Morales resigned as president of Bolivia, the Chilean government, through its Home Affairs Minister, announced that the process of creating a “constituent congress” had begun. In other words, politicians in the Chilean Congress have to draft a new constitution that is in line with current times and generate the “social pact” that the people supposedly ask for.

This announcement is not only the beginning of the end for Piñera’s center-right government, but it is also the end of Chile as we know it. Chile has succumbed completely. All the ideas that led to the Chile Vamos coalition being elected in 2017 have been discarded to implement the political program of an irrational mob. As the television and the press say, it is the “people who rule” and that “problems are solved in the street.” It is the government of the Molotov cocktails and looting, not a democratically elected government. It is the ochlocracy or mob rule established in Chile, courtesy of the left.

In the pseudo protests by students in 2011, university leftists shouted, “end to profits.” They called for free tuition and the end of the voucher system. While they destroyed colleges and universities and burned public transport buses, president Piñera, who was serving his first term, chose to appease the students. History is repeating itself in these weeks.

The 2011 university leaders are now far-left politicians who staged protests in Chile, manipulating Chileans to protest the “rotten” economic model that created the country’s deep “inequality.” The change that had to be made, they said, was to have a new Constitution, and for that, a constituent assembly is needed to guarantee the “social rights” that “neoliberalism” does not allow. And Piñera once again grants and obeys the demands that the majority of Chileans do not want.

It is also worth remembering that journalists brazenly lied about the events of the early days. While the looting continued to happen, they were already calling for the model to be discarded to solve Chile’s “inequality.” But President Piñera, who at first declared a state of emergency and curfew, backed off his “we’re at war” declarations to apologize for not listening to the people. The “march of a million” frightened the entire Chilean and Latin American right and left Piñera’s popularity close to 13%. Soon, it accelerated the process of the president abandoning his principles and surrendering to the “reality” imposed by the left: that people demand “profound changes” to the system, changes that imply the end of a system of services and freedom to choose in exchange for one of the handouts and state dependence.

The reality is different, of course. Chile is the envy of Latin America with high standards of living as a result of its free-market system that the left has always wanted to eliminate. The center-right has lost its convictions and has become a puppet of the center-left and the extreme left. They do not want Congress to create a new constitution, but rather for the “sovereign people” to decide on the new constitution. Their cry is clear: “We want a constituent assembly. It is probable that if the marches continue, the government will prefer to listen to them and not to the people who oppose a new Constitution.

We must remember that the current Constitution of Chile is not the one created by Pinochet, but has the signature of former President Lagos in an act he carried out in 2005. But the “reductio ad pinochetum” is stronger, and the extremists took advantage of people’s ignorance. The left in its “citizen councils” has convinced quite a few people that pensions, salaries, and tariffs must be guaranteed in this new constitution, and that is why it is necessary to continue in the streets and demand with violence the supposed changes that Chile requires. This message best reaches the younger generations, as shown by the University of Development survey, which reveals that 40% of young people under 30 years of age endorse violence, and 90% of those over 40 years of age are against it.

The left has never been democratic, and once again, this has been demonstrated by the events in Chile, where the left prefers to create social chaos to impose its failed ideas on a global scale. Recently, we can see a kind of dictatorship in the streets of cities, where drivers are ordered to go out and dance and face the consequences if they do not (journalists condone these acts and call them “peaceful games”). The looting and fires are still present in the “peaceful and family protests” and entered directly into a subversive dynamic, where eliminating the political and economic system is the top priority and no matter what has to be destroyed to get it. The violence at this point is completely normalized, and the police can do nothing without being accused of “violating human rights.”

Chile does not need a new constitution or constituent assemblies. Much less one like the ones that have been an absolute failure in other countries, such as Bolivia and Venezuela. But Piñera is desperate to get higher in the polls and wants journalists and television programs to talk positively about him. The president could have thrown away the tax reform carried out by his predecessor Michelle Bachelet, who stagnated the economy (Chile has had 4 tax reforms in the last 10 years), could have also eliminated excessive state bureaucracy, eliminated ministries (24 ministries to date) and eliminated unnecessary programs like Fondart (Fondo Nacional de las Artes), where left-wing actors exploit the state and taxpayers (the productive part of society). But having no political skills, once again, he ends up betraying his electorate. Moreover, he is allowing his country to enter a precipice, with diminishing chances of turning back.