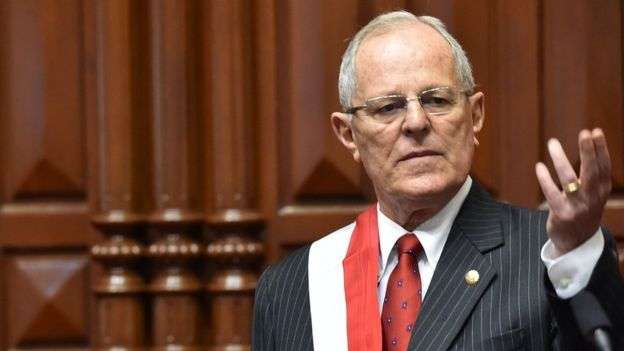 Peruvian President Pedro Pablo Kucyznski, visibly frustrated by the lack of progress in infrastructure and other investment projects during his first year in office, has pledged to get the economy moving with a public spending spree. Now, a windfall driven by surging mining exports looks set to make that possible.

Peru’s first half export revenue rose 27% to US$20.486bn, led by a 28% increase in metals exports to US$12.265bn, while crude oil and natural gas sales soared 84%, according to the central bank. Copper and gold, the country’s biggest export earners, gained 44.6% and 3.2%, respectively, on the back of stronger prices and higher shipments.

Copper prices are expected to average US$2.65/lb this year, helping Peru post a US$5.296bn trade surplus in 2017, according to banks including Scotiabank.

“The result in the first half was better than expected and was due mainly to the major increase in export prices, especially industrial metals such as copper,” Scotiabank Perú chief economist Pablo Nano wrote in a report. “The increase in export volumes, especially copper – due to larger shipments from Las Bambas, Chinalco and Cerro Verde – meant June export volumes were nine times higher than the same month in 2016.”

In fact, all eight principal metals exports enjoyed price gains through the first half, with zinc, iron ore and molybdenum prices all surging more than 40%. Peru, the world’s second largest copper and silver producer, number three in zinc and tin and fifth ranked in gold.

To tap into the metals rally, copper miners boosted output by 4.7% to 1.18Mt through the first six months, as Freeport-McMoRan, China Minmetals and Chinalco ramped up operations, according to the energy and mines ministry (MEM). Production of zinc (+12.6%), iron ore (+9.5%) and molybdenum (+3.7%) also gained.

As a result, the government – which had constrained public spending due to a cap on the fiscal deficit equivalent to 3% of GDP, saw a 4.3% increase in tax revenue to 8.430bn soles (US$2.6bn) in July, according to tax collection service Sunat.GDP

The economy, which had stagnated since late 2016 as the ongoing Odebrecht corruption scandal halted irrigation, power plant, gas pipeline and highway projects, expanded 3.6% in June, according to Peru’s national statistics institute.

Economic growth was led by the mining industry, followed by hydrocarbons, manufacturing, fishing, electricity, construction, and telecommunications, showing a broad-based acceleration in industrial activity. Infrastructure spending at the central and municipal level also rebounded, spurring cement sales (+3.5%) and notching up a 3.7% increase in completed public works.

“After leaving behind the worst for economic activity, we’re beginning to see signs of recovery,” Luis Ortega, an analyst at Banco de Crédito del Perú (BCP), wrote in a report. “We expect a V-shaped recovery in domestic demand as public investment takes off.

However, private sector spending will be slower, in line with a cold labor market.”

PROJECTS
President Kuczynski, who marked his first year in office last month, has pledged to unlock US$25bn in delayed infrastructure investment and tens of billions of dollars in mining and energy projects while starting up a 20bn-sol reconstruction program to rebuild coastal areas devastated by flooding earlier this year.

Rain-swollen rivers and landslides caused by the El Niño phenomenon this year left 158 dead and 291,000 homeless, and caused over US$3bn in damage to water and power plants, schools, hospitals, housing, bridges, railroads and
roads, according to the central bank.

Elected by a slim margin in June 2016, the 78-year-old former investment banker has struggled to overcome obstacles such as an opposition-controlled Congress that have blocked projects such as the US$510mn Chinchero airport
and forced out four of Kuczynski’s cabinet ministers.

However, in the past month, the government has cleared bureaucratic snags holding up work on line 2 of the Lima metro, a US$5.6bn project several years behind schedule, and the US$1bn expansion of Lima’s Jorge Chávez airport.

Work is also moving ahead with the US$5.4bn Talara refinery expansion and on hundreds of millions of dollars in potable water and sewerage projects, in addition to 4bn soles in infrastructure for the Pan American Games.

“There are signs that the government is pushing ahead with projects in its portfolio,” Aldo Ferrini, CEO of private pension fund AFP Integra, told BNamericas in an interview. “We need to see signs of optimism to recover confidence, and then we’ll start to see a recovery.”

Source: Written by Alex Emery and published in BNamericas on 17 August 2017