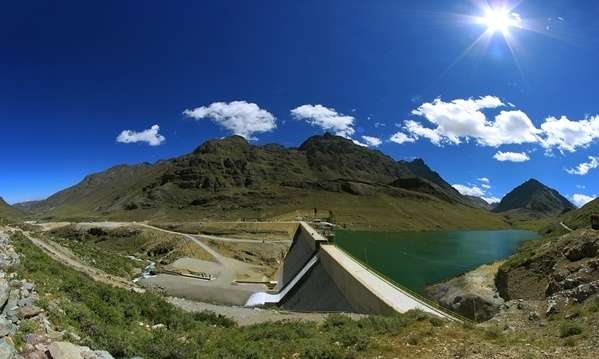 Peru outshines its neighbours in South America in 2016, with a 58% rise in the Lima General Index, followed by the Bovespa in Brazil with 37% and Argentina’s Merval with 33%.

Peru has a steep rise in GDP projected of 3.8%. By contrast, in Brazil and Argentina, the earnings will be only on stock this year. Argentina expects to end the year with a negative growth of -0.8%, and it is even worse for Brazil, with a negative growth of -3.5%.
In the case of Argentina, there is agreement by different analysts that this result is only a consequence of what has long been known about its economy, and has revealed the corruption of the previous government. Regarding Brazil, this situation has derived from problems of corruption and the ensuing political crisis. Both countries expect a significant recovery in 2017, hence the extraordinary growth in their stock exchanges. 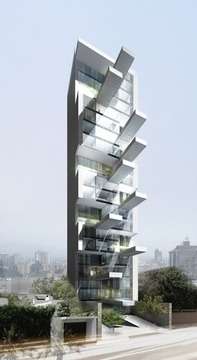 Kuczynski has a long history of successful performance in the private sector. He has worked for major international companies, including Chilean and Argentine companies. He also worked in the Central Reserve Bank of Peru.

Kuczynski’s presence in Peru, even before he was elected as president, had already improved the spirit of national and internationals investors.

The new president has announced lower taxes, and, in turn, greater availability of capital, by increasing pension funds, so that the country would have capital to meet the investment program announced during his campaign.

The program of the new government would implement a large infrastructure investment plan, employment programs and assistance to small businesses.

Javier Creixell, Manager of Epiphany Funds, Latin America, commented: “Peru is in the best shape it has been in the last 50 or 60 years.”

Many foreign investors were waiting for an opportunity like this. 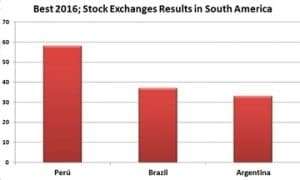 Both Brazil and Argentina face 2016 with negative growth rates, unemployment above 10% and double-digit inflation.
Peru, meanwhile, has a projection of 3.7% growth – estimated by the very conservative IDB – 7% unemployment and inflation of 2.96% to date.

The Central Bank of Peru has a reference rate of 4.25% to date; even when a large increase in the local stock market has been observed, inflation has remained under control.
Dirk Schnitker, analyst in charge of Latin America equities at Auerbach Grayson in New York commented: “He’s starting from a much better basis from the point of view of the investor.”

On the opposite side are the Acting President of Brazil, Michel Temer, and the recently assumed President of Argentina. Both countries have to adjust the balance with unpopular fiscal austerity measures and reduction in public spending, measures that are expected to also help control inflation.
Allowing buoyancy in the exchange rate has greater transparency: although in principle it looks to be negative, in the medium term a breakthrough occurs.

Among the weaknesses of Peru is the high dependence on the price of gold and copper – which is volatile – as it is due to be a major producer of both minerals. Another negative consideration is the lack of liquidity in the economy, because the price of commodities has been very low for almost two years.
In domestic policy, the current government has only 18 lawmakers, compared to 73 in the opposition. Opposition lawmakers appear not to be obstructionist. However, there remains the problem of not having the funds from the public treasury to undertake large enterprises.

The concept of foreign investors is that: “This president will be very good for Peru, it will be good for the markets … and good for the international community.” 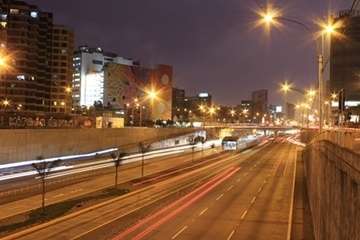 Opportunities to invest in Peru

So far, the largest signs of enthusiasm have been expressed by investment funds, which rely on Peruvian banking and the possible expansion of pension funds for a successful business opportunity.
Will Pruett, Manager of Fidelity’s Latin America Fund in Boston with interests in Credicorp and Intercorp Financial Services Inc. has said: “It’s not a deep market. But when you look at the banking sector, it’s one of the most attractive,” in emerging markets.

He added: “The banks are very well run, very profitable. There’s good corporate governance and long growth opportunity, and the valuations, even after the recent price appreciation of those stocks, are still quite attractive”.

In sum, the conditions in Peru are very good, with the second highest GDP growth in the region, relatively low unemployment and controlled inflation. The optimism is reflected in the stock performance.
The focus is on strategies that use the new government of President Kuczynski to overcome the shortage of liquidity, which does not mean growing public debt or compromising pension funds, an experience which has been disastrous in other countries in the region.

Also, the interest is focused on knowing how the president will cope with the difficulties of governing with a parliament which now shows itself to be complacent and cooperative – but with volatility in the internal politics of Peru, there is no guarantee of permanence.

We note that their best bet is strong support for small business, so as to lower the high dependence on Peru of commodities, and incidentally increase the country’s income to carry out the infrastructure works promised in its government program.
Do you want to know more about Peru? Then read some of our other Peruvian posts.