Peru is one of South Koreas main food suppliers 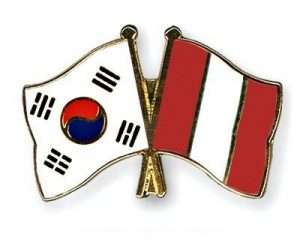 South Koreas import a large quantity of their food from Latin American countries. Among the four largest food suppliers in South America is Peru and Ryo Bo Won (Strategy Director at Korean Trade-Investment Promotion Agency; Kotra) has said that it’s down to the reasonable prices and high quality products.

The ‘pota’ (giant squid) is in great demand by the Asian country and the most sought after Peruvian seafood product Bo Wan stated. The Korean import market is expanding as they broaden their horizons and Bo Wan added other agricultural products, which Latin America is well known for, also have a bright opportunity in the market. Could we soon be seeing a significant increase in demand from South Korea on a variety of Latin Americas agricultural produce?

Kotra’s officials warned the Peruvian exporters that in order to succeed in such a competitive market, not only does their quality of product have to be high but they have to focus just as much on the presentations of their products as it can be just as important in order to catch attention. To highlight how competitive the market can be he also stated that “South Korea is aimed at small, medium and large importers”.

Peru is always strengthening it’s relationships abroad and recently especially within Asia. Having declared earlier this month that the Peru-China relationship is at it’s strongest and still growing, Peru now commemorates this week 50 years of the establishment of diplomatic relationship.

The High-Level events which took place on this occassion were attended by the South Korean Deputy Foreign Minister, Kim Kyou-hyun and his Peruvian counterpart, Fernando Rojas.

Peru and South Korea also signed a Free Trade Agreement in 2011 so their relationship will maintain flexible and continue strengthening.