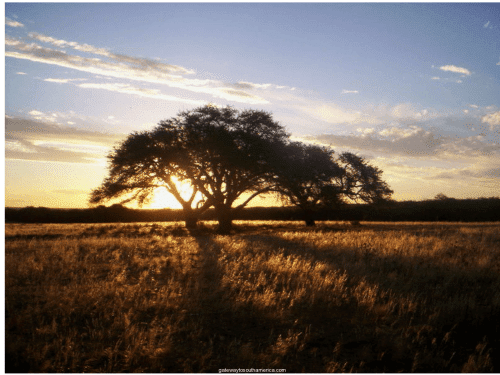 Farmland is attracting growing interest from Pensions Funds, hedge funds and even mom-and-pop investors as they seek to diversify assets and capitalise on an agriculture industry slump that has pushed down land prices in some regions.

Financial services giant TIAA-CREF said Tuesday it has raised $3 billion for its second global farmland investment partnership, exceeding its initial target of $2.5 billion. The fund, which will invest in North and South America and Australia, has lined up commitments from institutional investors, including the New Mexico State Investment Council and the U.K.’s Greater Manchester Pension Fund.

TIAA-CREF’s fund marks one of the biggest in a recent wave of cropland investments by institutional investors. Meanwhile, several U.S. public stock offerings by farmland owners who have packaged their property as real estate investment trusts, or REITs, are enabling retail investors to place bets on the sector as well.

Investors are betting farmland will yield good long-term returns as global food demand rises with growing populations and wealth in Asia, Africa and elsewhere. The amount of arable land is expected to increase only modestly, at best, due to urbanisation and a lack of acreage suitable for crops.

Farmland is part of a broader push by investors into “real” assets – physical property including office buildings, bridges and timber, which typically trade at a low correlation with traditional stocks and bonds. Farmland also generates income from rent paid by farmers, leading some to call it “gold with a coupon.”

One of the attractions is “these are assets that are producing an essential need for society and, in many cases, into perpetuity,” said Jose Minaya, senior managing director at TIAA-CREF Asset Management.

TIAA-CREF, which has managed retirement assets for employees of universities and nonprofits for decades, began investing in farmland in 2007 and now manages more than $5 billion in farmland assets worldwide, Mr Minaya said. It raised $2 billion in commitments for its earlier global farmland partnership.

Homestead Capital USA LLC, a private-investment partnership led by former executives at Goldman Sachs Group Inc. and J.P. Morgan Chase & Co., closed on its first farmland investment fund last month, raising $173 million. Among its investors are the University of Alabama, making its first investment in cropland, and the Teacher Retirement System of Texas.

American Farmland Co., led by executives from Optima Fund Management, a firm that invests in hedge funds, in June filed plans to raise up to $100 million in an initial public offering for its REIT. It would be the third farmland-focused public REIT, joining Farmland Partners Inc., which went public last year and Gladstone Land Corp., which did so in 2013.

Institutional investment in farmland in the U.S., the world’s biggest exporter of agricultural commodities, has topped $2 billion over the past two years, according to iiSearches, a data arm of media firm Institutional Investor.

While institutional ownership accounts for less than 1% of the $2.4 trillion U.S. farm real estate market, according to University of Illinois economist Bruce Sherrick, institutional investors are likely to play a greater role, in part because many U.S. farmers, whose average age is 58, according to federal data, are nearing retirement.

U.S. farmland capital values have risen on average 4.6% annually since 1990, according to an index from the National Council of Real Estate Investment Fiduciaries. Including the income generated from land, the average return has been 11.3%.

Farmland values in the Midwest, the main U.S. crop production region, rose sharply for most of the past decade, fuelled by soaring crop prices. Lately though, the values have cooled amid a three-year slump in grain and soybean prices driven by bumper harvests. Average farmland values dropped 9% last year in Iowa, the biggest corn producer, according to Iowa State University. Values in Illinois, the top soybean producer, dropped 1% to 3%, according to the Illinois Society of Professional Farm Managers and Rural Appraisers.

But farmland also carries risks. Some landholders in the Midwest have had to reduce rents as their farmer tenants grapple with lower incomes. It isn’t clear when U.S. grain prices will rebound, which in turn would help prompt a recovery in Midwest land prices.

Analysts said retail investors should tread carefully with farmland REITs. The stocks have small market values and light trading volumes, and have been buffeted by concerns over the weak agricultural economy. Farmland Partners shares are down 21% from its IPO, while Gladstone Land is down 35%.

Mr Pittman said he is confident Farmland Partners can increase profits, but that farmland is for patient investors, not those seeking rapid growth. “Farmland is the tortoise in a tortoise-and-hare race,” he said.

Based in Denver, Farmland Partners owns about 71,000 acres of cropland, up from 7,300 when it went public. It generates income by renting land to family farmers.

Farmland Partners and other newer buyers are making many of their investments outside the Midwest, in regions such as the south-eastern U.S., the Mississippi Delta and the Mountain West.

Land tends to be cheaper in these regions and infrastructure, such as modern irrigation and drainage systems, isn’t as prevalent, creating opportunities to make improvements and generate higher returns, investors say.

Companies including Farmland Partners and Homestead Capital are also investing in land where permanent crops such as citrus fruits and nuts are grown, providing an alternative revenue stream to land tied to commodity crops such as corn.