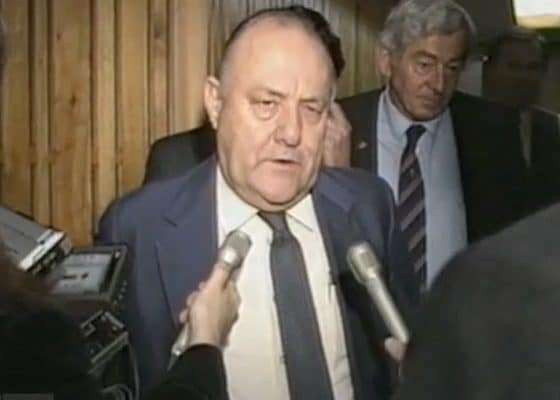 This interesting article was written by one of New Zealand most well known Investment Advisor’s four years ago. It explains very well how far New Zealand has come from these dark days of socialist nonsense and open corruption to the competitive economy we have in New Zealand today. It was not an easy ride as you can see.  Argentina went through the same restructuring process with the same issues.

In the previous website item which recalled some of the absurdities of an era in financial markets we might call the Muldoon era, there was mention of the great rip-off, perpetrated by the trading banks on the government’s bank, (the Reserve Bank). Regularly in that era banks would hold back the movement of foreign currency receipts to force the Reserve Bank to devalue our currency, effectively meaning when the offshore money arrived, the Reserve Bank, desperate to fill its coffers to service demand for foreign money, had to pay far more N.Z. dollars.

The resulting devaluation of our currency enriched the banks, enriched exporters (farmers) at the cost of those New Zealanders who had to spend on imported goods (petrol, cars), at the expense of our Reserve Bank. This transfer of wealth and loss of control of our currency, would cause inflation, and was directly a cause of the very high-interest rates that crippled our economy, forcing people who were borrowing to survive, into bankruptcy. Recall the forced sales of farms owned by people who had borrowed to increase their production and their land holdings and exploit silly subsidies (SMPS).

Well, the fixed-rate exchange policy of Muldoon was seen as a distortion by all in the market so when Muldoon stumbled out of power, Roger Douglas, well briefed by officials and the market, danced in with Rodney Hide gracefulness. Among his first moves was included a float of our exchange rate (after yet another devaluation), his idea being that eventually, interest rates would stabilise, the money supply would stabilise, and what would take up all stress, would be the value of our currency, henceforth set by supply and demand. Effectively it meant that banks and financial institutions had no access to newly created credit, but had to share the existing supply.

Whereas till that time banks could obtain Reserve Bank Credit by effectively borrowing against the government stock they were forced to hold, suddenly they were being told that to borrow from the Reserve Bank would cost market rates. In March 1985, the NZ dollar floated and the money supply was effectively frozen, so all participants had to bid for cash at market rates when the dollar floated.

As all financial institutions in 1985 were over-lent, and living off cheap Reserve Bank money, they had to borrow, the most desperate paying rates unheard of and undreamt of, by any participants. The company in which I was a senior executive, was forced to borrow tens of millions for several weeks, the highest rate reaching 600% per annum, a cost of millions per month. And we were borrowing from our 50% owner, the bank, so what others paid I shudder to think. Certainly, rates reached 1000%. Companies like ours lost millions of dollars in March 1985, the cost of a predicted policy change that most market participants failed to understand.

The clever companies and there were very few of them, had stopped lending, stockpiled cash, and lent it out and collected the interest at 600%. Our company considered that option but elected to pour money out into fixed-rate loans, the exact opposite of the wise action.

Unbelievably our board comprised senior bank people, representing the owners. They themselves had no vision of the calamity on the horizon. Douglas’ policy, and the way it was implemented, became known in the market as the Reserve Bank’s revenge on the finance sector. In one month the RB effectively ripped back hundreds of millions from the complacent, greedy financial institutions who had abused the inflexible and silly rules imposed on them in previous years by Muldoon.

Douglas did not just deregulate the currency. All sorts of nonsensical protocols went out of the window. Finance companies and banks went into competition, with those with the most capital being the heavyweights, those with the least the bantamweights. As a result finance company closed down quickly, the likes of Marac, General Finance, NZI Finance, Broadbank, Natwest Finance (Lombard), National Australia Bank Finance and even BNZ Finance disappearing.

None of the above defaulted, the only losers being the shareholders, who had benefited hugely from the cosy days of regulations. The new companies using those names today are absolutely unrelated to those pillars of the structures that existed in the 1970 and 80s, and, in some cases, for decades before. General Finance, for example, was sold in 1988 to UDC Finance, after a passing flirtation with National Mutual Finance, which for a brief, mercifully brief, time though it would buy GF and become a bank.

Also out the window went stupid cartel arrangements. In those days lawyers’ conveyance charges were set in concrete – from memory at 2% of the price of the sale, and sharebrokers also had a cartel, with brokerage charges set at 2.5%, reducible to 1.5% in rare cases, usually only for institutions or for those who traded shares each month. By comparison brokerage today, on large transactions (seven figures), can be as low as 0.2%, and even small transactions are done at much lower rates, with internet deals the cheapest of all.

Douglas created an environment that made the general public believe the Fay Richwhite fairy tale – that N.Z. could be the Switzerland of the Pacific. Amongst his various acts were to sell off state assets at an auction sale price, some of which now seem absurd. The Government Print office was sold to Graeme Hart for around $23 million, within a year or two making Hart a very rich man. Douglas removed the government guarantee from the Development Finance Corporation, which Muldoon had used as a regional development bank, and had raised money from Japan. DFC, by 1987 a hopelessly misdirected company, regularly was confused about its role – private bank or public policy puppet.

It degenerated as it pursued profits, without success. So a somewhat odd deal was done which left the National Provident Fund, owned by its hapless members, politically inspired into buying DFC for $137 million just before going into receivership. This collapse had two significant effects. Firstly it helped the government avoid having to act as a guarantor when DFC went broke so the Japanese funders for some years regarded New Zealand as being untrustworthy.

Secondly, it cost the poor beggars whose pensions are paid by the NPF $137 million, at least! NPF, for a lamentable period, was poorly managed by people chosen without sufficient care. The sharemarket gorged itself on Cold Duck and Marque Vue, bringing a torrent of cheap scamsters into public company leadership, who lured naïve first-time investors to transfer money out of bank accounts into improbable junk shares.

The likes of Goldcorp, Sovereign Gold and Energycorp spring to mind and there were literally scores of other companies, some perhaps honestly, but incompetently run. The likes of Chase, Equiticorp, Rainbow, Primewest, Aden Corp, Charter Corp, Emco, Investment Finance Corp, Australasian Breeding Stables, General Properties, Impala Pacific, Judgecorp, Renouf Properties, Ascent Corp, Holdcorp, Petro-Taranaki, all will resonate with investors of that time. In those days people followed the behaviour of the likes of Bob Jones, Frank Renouf, David Beattie or Pat Rippon as though these people had been placed on earth to do God’s work, a role more probably performed by Patricia Bartlett or Vernon Cracknell.

The speed with which Douglas deregulated was frenetic but the speed with which he put in place proper checks and balances – a fully staffed Serious Fraud Office and Securities Commission – was so slow as to imply negligence and in today’s pious times, culpability. The SFO was itself in the news for awful errors of omission, the Securities Commission was so weak that an undergraduate would have shored it up. Prospectuses were awful, sharebrokers were, in essence, unregulated and the result was a wide range of brokers, Buttle Wilson, Greville & Co, Natpac Corp (Renouf Partners), Mouat & Co, simply too many to recall, exited, many costing the public millions of dollars. Where were the market ombudsmen, the SFO, the Securities Commission, a properly focussed Justice Department?

How did common crooks rob public companies, with a lethal mix of lies and fraud yet find themselves feted by the media, rather than spooning cabbage soup at Mt Crawford? How did sharebrokers escape with personal fortunes while their clients got solemn letters from liquidators? Some still practise today. How did banks get away with dreadful lending decisions that, in the case of the BNZ, led to the government putting Fay Richwhite into a controlling position in the bank?

The BNZ eventually was sold to National Australia Bank, having been sold earlier to the public. It was hopelessly misdirected and mismanaged, and then left so bereft of investor support that when its shares reached half their public issue price, the public was persuaded that they should quit, with gratitude. The BNZ even was prominent in exploiting goofy anomalies in Douglas’ tax laws, at the expense of our tax take, a gift also noted by those promoting special partnerships.

Auditors were not spared. Arthur Young & Co does not exist now, its exit fuelled in part by a $37m settlement to RSL investors, ripped off by common criminals in Auckland, who managed to dupe the auditors.

The Douglas era, thus, was notable for recklessly fast deregulation, without an infrastructure in place to foil common crooks exploiting the opportunities. It may now be seen as a necessary, inevitable, but regrettable over-reaction to Muldoon’s period of paternalistic over-regulation. And so we come to the Clark era, noted for its antiseptic, academic, politically-correct but largely ineffective and intellectually dishonest attitude towards solving the problems, an extension of the 21st-century view that education and family counselling resolves drug-related crime.

Notes: Roger Douglas was the Ministry of Finance for the Labor Party. (left of centre)

Helen Clark was the Labour Prime Minister for many years rolling back many of the reforms of the previous decade. (Marxist,  left-wing ) 1999-2008