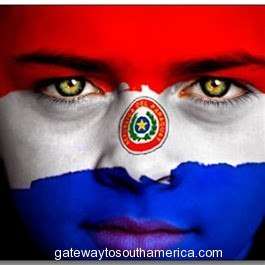 The ranking of prosperity produced by the Legatum Institute, based in London (United Kingdom), ranks Paraguay 79th in its 2019 edition, with a four-place advance since 2018 and ten steps since 2009.

Indicators show that Paraguay is showing a similar advance to those experienced by China and Russia, in the list that assesses the economic and social conditions of 167 countries around the world.

According to the work, in South America, Paraguay ranks 7th and is surpassed only by Ecuador in improving its global positioning, as the Andean country managed to climb fourteen places in the last decade (see infographic).

The countries that declined in their world position were Chile (with two fewer places in ten years), Brazil (twelve steps below 2009) and Venezuela (with a dropback of 27 places, in the same period).

Chile and Uruguay maintain the leadership they already held ten years ago. Brazil, however, gave Peru third place, in exchange for fifth, and Argentina remains in fourth place.

Paraguay obtained more favourable ratings in the natural environment, social capital and security compared to other countries; in these indicators, our country ranks 22, 55 and 66, respectively. The worst positions are observed in business conditions (144), education (103), governance and investment environment (94). Intermediate results correspond to elements such as personal freedom (76), quality of economy (79), living conditions (76) and health (81).

In addition, Paraguay appears as the only Latin American country on the list of greatest advances in the quality of the economy, between 2009 and 2019. Share this list with countries such as Ireland, Iceland, United Arab Emirates, Poland, Philippines and Indonesia.

In the quality indicator of the economy, Paraguay has an economic performance similar to Uruguay, Peru and Colombia, is better off than Brazil and Argentina, but worse than Chile.

The countries with the highest rates of prosperity are Denmark, Norway, Switzerland, Sweden, Finland, the Netherlands, New Zealand, Germany, Luxembourg and Iceland.