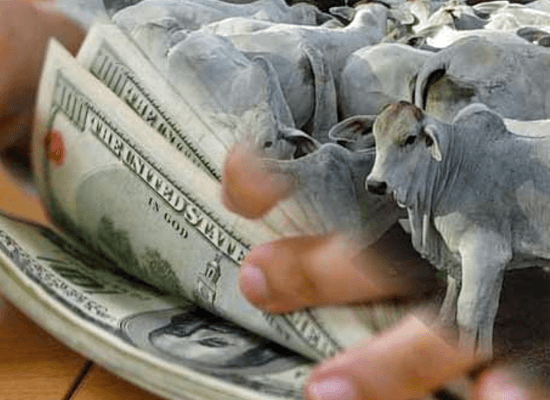 Paraguay is set to retake its position among the fastest-growing South American economies in 2020, as central bank Chairman Jose Cantero estimates monetary stimulus and public investment will allow it to expand the most in three years.

The country will expand 4.1% as a broad recovery spanning agriculture to industry takes hold after the benchmark rate was cut to a nine-year low, Cantero said in a phone interview from Asuncion. A slew of road and highway projects have been started as part of a $6.8 billion building program.

That outlook marks a turnaround from 2019, when drought hurt the soy harvest and power production, sinking the country into recession in the first half. After barely growing last year, Paraguay will now benefit from efforts to diversify its agriculture-dependent economy, Cantero said. Exports of manufactured goods, such as car parts and plastics, may surpass beef by value for the first time since 2003.

Paraguay’s growth rate, which was among South America’s best in 2018, will fare better than most in the region this year with the notable exception of Guyana. Cantero said the 2.2% expansion expected in neighbouring Brazil is “auspicious” for Paraguay while noting that the country is shielded from Argentina’s recession.

“Paraguay has decoupled from Argentina,” he said. “Argentina ceased to be a significant contributor to our growth some time ago.”

The direction of Paraguay’s interest rates will be dependent on the country’s economic data going forward, said Cantero. The central bank is scheduled to hold its first monetary policy meeting of the year Jan. 23.

Consumer prices that remained well below the bank’s 4% target allowed policymakers to open “the floodgates” of monetary stimulus in 2019 with five rate cuts, Cantero said. Annual inflation stood at 2.8% in December, according to the latest central bank data.

The monetary authority is studying both its consumer price target and also what it considers as the neutral level of interest rates. No change is imminent, though Cantero didn’t rule out a lower inflation target.

“It’s part of the continuous analysis the bank does,” he said.