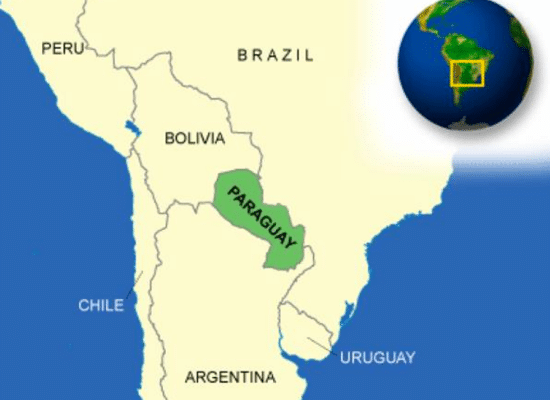 Paraguay’s central bank is not ready to give any more juice to an economy that is turning into Latin America’s growth champion.
The South American country, landlocked between Brazil, Argentina and Bolivia, is focused on keeping inflation at bay and won’t
risk missing its 4.5 percent target to speed up growth as its neighbours weaken, central bank President Carlos Fernandez
Valdovinos said October 12. The one percentage-point reduction to 5.75 percent in the key interest rate this year has already put
monetary policy in a slightly expansionist mode, he said.
“With the 100 basis points that we’ve already cut, we have given enough stimulus to demand and for the moment bigger cuts are not needed anymore,” Fernandez, 50, said during an interview at the central bank headquarters in Asuncion. “We shouldn’t use all our bullets at once, you need to go dose by dose because this is long term.” 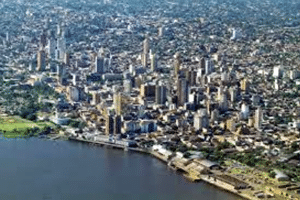 Paraguay’s economy is expected to grow 3.8 percent in 2016, the fastest among the Western Hemisphere economies and beating a forecast contraction in Brazil and Argentina, the International Monetary Fund said in its World Economic Outlook report last week. The government of President Horacio Cartes, a tobacco magnate who came to power in 2013, is seeking to boost efficiency in the public sector to attract much-needed foreign investment and diversify the country’s agriculture-based economy.
While in 2015 the economy is likely to expand 3.7 percent, topping the “conservative” IMF forecast of 3 percent for this year,
Paraguay is entering a new cycle of relatively lower growth due to the recession in neighbouring Brazil, declining commodity
prices and tougher global financial conditions, said Fernandez, a University of Chicago-trained economist. The economy averaged
growth of 4.9 percent in the ten years through 2013.
“We can’t pretend to grow at the same speed having Brazil contracting,” Fernandez said. “Paraguay lives in a difficult
neighbourhood, but has been living in a difficult neighbourhood for the past 200 years.”
Gross domestic product in the 2015-2016 period will increase almost 13 times faster than the 0.3 percent pace expected for Latin America and the Caribbean, the former IMF official said. Annual inflation fell to 3.7 percent in September after finishing 2014 at 4.2 percent. “Economic growth has slowed down this year, as it has in most countries in the region, affected by a slowdown in China and lower international commodity prices,” Banco Itau BBA SA economists Juan Carlos Barboza and Diego Ciongo said in a research note Tuesday. “Paraguay was also affected by the recession in Brazil and the stagnation in Argentina.”

The country doesn’t have a target for its exchange rate after the guarani lost about 18 percent against the dollar this year and it would be “an economic suicide” to follow the devaluation pace of Brazil, where the currency has depreciated faster, central banker Fernandez also said. “We would be adopting macroeconomic policies that are less robust than ours,” he said. “The exchange rate may make you more competitive for one or two years but things like the labour market, taxes, bureaucracy, energy costs make a country more or less competitive in the longer term.”

This article was written by Juan Pablo Spinetto and was published in Bloomberg.com on 14 October, 2015