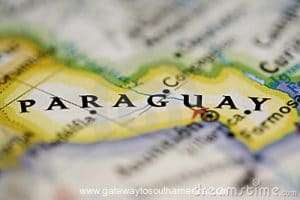 Paraguay’s growth estimate is now the highest for the whole of Latin America. With the dreaded Foot and Mouth Disease hitting the country in 2012, coupled with the drought, which caused the government to call for emergency assistance, the year saw a contraction of 0.9%. Since then the situation has been increasingly positive for the South American country. Estimates have been on the increase since 9.5% in October last year following to 10.5% in December, 13% in April and currently 13.6% for 2013.

Paraguay’s main export items of soybeans and beef have been largely pointed to for the reason that the country experienced the decrease as a result of the drought and disease as their agricultural sector, like many other Latin American countries, dominates the economy.

Paraguay’s central bank say that the foundation towards the boost comes from the recovery of their agricultural economy, the expansion of livestock and meat industry as well as the public and private construction. Revised data shows primary production in 2013 will jump 36.1%, followed by 9.4% in the secondary and tax revenue sectors and 9.2% in other services.

Cattle breeding has come back solidly after being banned because of the Foot and Mouth Disease outbreak, including the recovery of beef export markets, not just in Paraguay but other South American countries such as Chile. Essential to the performance of the country have been the 2012 crops of soybeans, corn and manioc in the primary sector.

Things are looking positive for Paraguay as they take huge strides forward both agriculturally and economically.