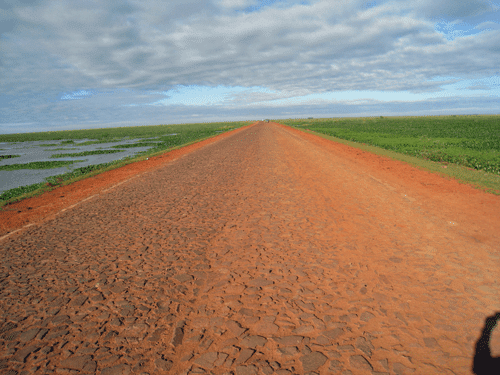 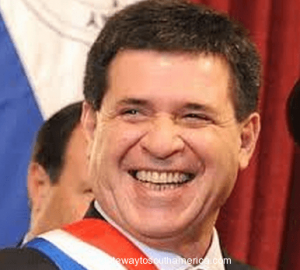 The Economist has dedicated an article to the recently inaugurated Paraguayan president Horacio Cartes, and his attempts to improve the living conditions of the majority of a population which is poor in a country rich in agriculture and energy.

The Economist has dedicated an article to the recently inaugurated Paraguayan president
Horacio Cartes, and his attempts to improve the living conditions of the majority of a
population which is poor in a country rich in agriculture and energy.

In October claims surfaced that Victor Bogado, a Paraguayan senator, had arranged two lucrative public jobs for his children’s nanny. A few weeks later 23 of his peers—a majority—voted against stripping him of the immunity from criminal proceedings that Paraguayan legislators enjoy.

Instead of going unnoticed in a country where political clientelism has long been the norm, the story sparked outrage. Restaurants, petrol stations and beauty salons in the capital, Asunción, put up signs naming the “23 shameless rats”, and barring them as customers. Two weeks later a senate committee overruled the vote for immunity.

The case of the “golden nanny” is part of a wider citizen revolt against political corruption. In October the Supreme Court ruled that Daniel Vargas, a radio host, had the right to know the names and salaries of municipal employees. Six years earlier listeners had asked him to investigate; he went to court after being stonewalled. Without public pressure the Supreme Court would never have dared to move against Congress, says his lawyer, Benjamín Fernández. Rather than obliging citizens to seek the information piecemeal, Paraguay’s new president, Horacio Cartes told public bodies to publish it, though many are dragging their feet.

Mr Cartes, a tobacco magnate, is a political neophyte who only joined the Colorado party in order to run for office in April’s general election. The Colorados held power for 60 years, 35 as a notoriously corrupt dictatorship, before losing in 2008 to Fernando Lugo, a former bishop whose left-Liberal alliance promised to redistribute land and cut poverty. In power Mr Lugo turned out to be weak and politically inept. After an unfairly abrupt, though constitutional, impeachment his Liberal vice-president, Federico Franco, replaced
him in 2012. Lacking a strong internal candidate, the Colorados plumped for Mr Cartes.

Many assumed the new president would be his party’s puppet. Does his support for the anti-corruption fight show that the Colorados got more than they bargained for? On taking office in August, Mr Cartes named technically able outsiders to his cabinet and passed a fiscal-responsibility law limiting budget growth to 4% above inflation and the deficit to no more than 1.5% of GDP. Since most spending goes on wages, that will
squeeze patronage.

A new law will allow the executive to auction infrastructure concessions without having to get approval from Congress, where the Colorado old guard holds sway. Some waterways should be auctioned in months, says José Molinas, a former World Bank official who is now minister of planning. Landlocked Paraguay relies on rivers to get its vast soya and beef exports to market. Intercity roads will follow. A law providing for disputes between government and concession-holders to be settled by international arbitration is planned for 2014.

The economy is predicted to have grown by 13.6% in 2013. But that is mainly because of a bumper soya harvest after drought saw GDP shrink by 1.2% in 2012. Paraguay is one of South America’s most unequal countries. A third of its people are poor and 18% extremely so, while 6% of farms occupy 85% of farmland.

Though Mr Lugo failed to reform landholding, partly because of opposition in Congress, he did introduce modest handouts for the poorest. Mr Franco brought in an income tax, albeit at just 10% for the highest earners.

Mr Cartes, too, promises to cut poverty and create a fairer society. But his plans rely less on redistribution than on wooing foreign capital. He has ceaselessly plugged the opportunities offered by the coming infrastructure auctions, Paraguay’s abundant land, cheap labor, light-touch regulation—and, of course, low taxes. He vetoed a levy on the export of soybeans, the economy’s mainstay. A rise in land taxes is the only one
planned. He sometimes strikes an off-key note, as when he told Uruguayan businessmen that Paraguay aimed to be easy, like a beautiful woman.

But he has swiftly restored ties with Mercosur, a regional bloc from which Paraguay was suspended after the ousting of Mr Lugo. Mr Cartes has secured its readmission, partly by persuading Congress to ratify Venezuela’s admission to the group (which had occurred, in dubious fashion, when Paraguay was suspended). “It’s in Paraguay’s interests to be back inside Mercosur,” he says. “I don’t want to waste my presidency on fights.”

In Brazil strident calls for land reform faded when growth boosted jobs and salaries in cities. But even if Mr Cartes’s brand of trickle-down economics shows promise, many obstacles remain. Paraguay lacks the skilled workers to build all the promised infrastructure. And the Colorado old guard will surely regroup. “They are giving me time,” says Mr Cartes. “If I deliver results it’ll be fine.” He is counting on people power and openness to maintain momentum. “People get used to things getting better. If you give them improvements they won’t want to go back.”