Paraguay BCP: Soya exports tripled at the start of 2019 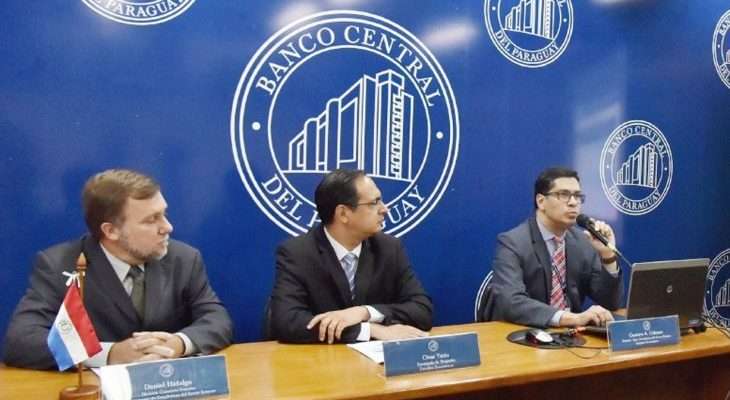 The Paraguayan economy began in 2019 with different nuances in its foreign trade components. Although soybean (the main export product) had an important jump, it was not enough for global sales to have a greater dynamism.

Shipments of soybeans to international markets grew 262.7% in the past month, compared to figures obtained in January 2018, and totaled USD 169.2 million.

However, exports as a whole rose by only 2% and totaled USD 997.9 million, reported the Central Bank of Paraguay (BCP) in its report on Foreign Trade corresponding to January 2019.

Gustavo Cohener, director of Statistics of the External Sector of the BCP, explained that the strong increase in exports of soybeans is related to the remnant that had been left over from previous campaigns and the difficulties that had been experienced at the beginning of the previous year, that generated a weak baseline. “We are comparing against a very bad January last year: soybeans had been affected by adverse weather factors, logistics problems, that a truck strike that occurred at the time and made shipping difficult, so that at that time shipments only reached USD. 46.7 million, “he said.

The executive remained cautious about the likelihood of maintaining the upward trend in soybean exports, due to the fact that the agricultural sector continues to suffer the effects of the drought, among other factors. “It could be a production similar or lower than last year; As we see the result of those situations that occurred with the drought, how it affected the performance, we will go knowing what may happen with the sector, “he added.

Beef, on the other hand, deepened the negative performance with which it had closed in its exports of 2018 because in December a retraction of -2.9% was reported and in January of 2019 this figure was -12.5%, when adding USD 84.5 million.

After analyzing the volume of sales and behavior of the markets, Cohener concluded that Paraguayan meat had to be sold at a lower price, as a consequence of the adaptation to competition from, neighboring countries. ( Argentine and Brazil )

In this sense, Russia became the destination that paid the lowest price for the red protein of our country: USD 2,803 per ton, and received 33.6% of the products of this item. 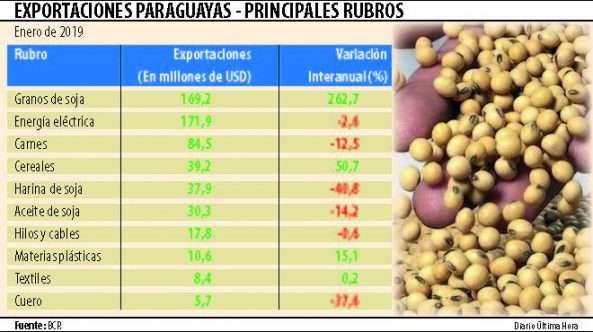 Re-export and import, with downward results

Re-exports and imports from the country decreased in their balances for the first month of 2019, compared to the numbers of January 2018.

In the first instant, the movement of border trade fell 10.6%, to USD 264.7 million; in the second, purchases of foreign products totaled USD 966,8 million, with a retraction of 10.1%. Gustavo Cohener urged to take into account that these negative variations arise compared to 2018 “very positive”, in the headings in question.

Regarding the outlook for the coming months, he considered that the appreciation of the Brazilian real, due to the greater political stability generated by the assumption of the new government, and the signs of recovery of the Argentine economy present an encouraging outlook for the local market.

Among the imports, the most dynamic products were cell phones and diesel, with increases of 8.4% and 7.2%, and amounts of USD 77.4 million and USD 66.3 million, respectively.

The least dynamic, for their part, were the parts for automatic machines and motorcycles, whose imports totaled USD 5.6 million and USD 3.9 million, with drops of 84.1% and 78.7%.