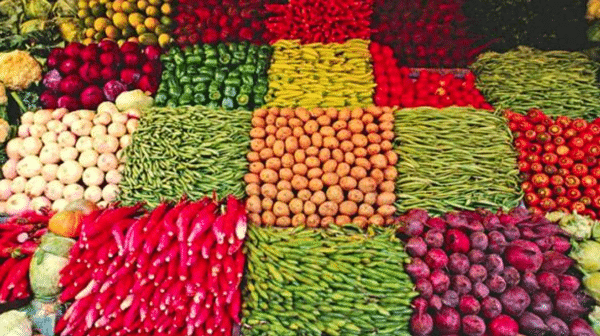 Gateway to South America on 26/10/2015 - 21:53 in All categories of countries are, Argentina Lifestyle, Argentina-General, Argentine farms

Can harmony be found between organic and genetically modified crop farming?

On the one side stand the large, industrial agriculture companies. These powerhouses of farming make their money using advanced agricultural technologies that yield stronger, more disease-resistant crops. To achieve these gains in sales and territory they use genetically modified crops, synthetic fertilizers and pesticides integrated with traditional technologies. The aim is to provide good quality food to more people using less land and reduce the cost of production.

Crouched close to the earth, with their hands in the soil, are smaller, interconnected groups of farmers, with a distinct philosophy. They use ancient and modern understandings of farming to cultivate crops devoid of genetic modification and applied synthetic aids. The organic movement philosophy is towards agro-ecological, sustainable, nutrient-cycling processes that sustain soil quality and to protect small local farmers.

In terms of hectares, Argentina has the third highest areas of biotech crops in the world; after the USA and Brazil.

But Argentina also contains the second largest area of organic agriculture in the world. And South America contains 15% of the world’s organically farmed lands (FiBL-IFORM, 2015). 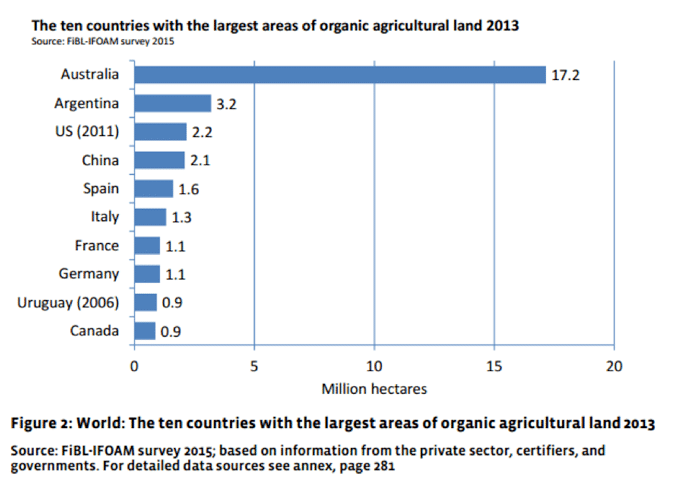 A massive increase in production of organic crops over the last 15 years was boosted by public concerns over food quality and safety for humans and animals, as well as the increased value of nature and diversity. Consumers have shown a willingness to pay 10 to 40% more for organic produce (FAO, World Agriculture: Towards 2015/2030).

According to SENASA, the main destination for Argentine organic produce is still the US (now around $300 Million); however, the Argentine domestic market has shown strong grown in recent years (currently $60 milion), with growing interest in and accessibility of organic foods.

Something to be proud of is that Argentine products have a very highly regarded control system in the worldwide market. With its organic certificate it can sell to the European Community. It’s the only country in Latin America that can claim this quality.

“Argentina has a growing opportunity to provide the world market for organic food, because it is a niche strategy, as it addresses the countries with the highest purchasing power and a bulky income per capita,” says Damian Di Pace, director of consultancy Market Focus.

Organic farming has a bright future, but it can’t be denied that modern biotechnology methods have had positive results, especially in this increasingly hungry world. GM crops survive under harsher conditions, are more resistant to pests and yields are improved and cost reduced. They have something to offer the world and agricultural technology will only improve.

As with any conflicts of core philosophy, there are arguments, some supported by science and other not, along with strong ideas on both sides of this philosophical divide.

It seems over recent years the fears about the safety of consuming GM foods have been diminished by many studies. Mark Lynas, a British environmentalist (who was behind the anti-GM movement in the 90’s) went public with, “The GM debate is over. It is finished. We no longer need to discuss whether or not it is safe. … You are more likely to get hit by an asteroid than to get hurt by GM food.” He also went on the say that “people who want to stick with organic are entitled to—but they should not stand in the way of others who would use science to find more efficient ways to feed billions.”

On the other hand, numerous studies have shown that the cumulative effects of pesticides used in industrial farming can cause serious problems for humans and the environment. Additionally, concerns have also been raised about effects of mono-cropping, such as soybeans, which can be seen spreading throughout the Argentine countryside.

In the end, both types of farming are gaining ground in Argentina. Both have increasing potential markets, foreign and domestic. Perhaps it’s not about one form of farming winning over the other, but a mutual understanding of the risks and benefits of both forms, and how the agricultural community can work together to feed a rapidly increasing population in a safe way, while protecting the environment, society and the land for future generations.

What’s needed is an attempt at harmony between old wisdom and new science, while curbing greed with carefully formed and enforced regulations.

There is learning to be had in the middle ground, something Argentina historically finds difficult, but with a change in the wind and good policies and communication, Argentina has an amazing opportunity in front of her to be the most productive farm on the planet.