One of LANZBC’s longest-standing members and Chilean honorary consul in Auckland, Gerry Williams, managing director of Pacific Basin Exports Limited, writes below about his experiences doing business in Latin America and provides some sage advice.

Gerry founded the PBE in 1978 after an extensive trip visiting many farming locations throughout Latin America. Gerry had completed an Export Marketing course and had won the annual scholarship which provided his initial trip. Gerry comes from a wealthy farming family but had also worked as a Stockbroker on the NZ Stock Exchange. Gerry has been an active farmer and has travelled widely to visit farming situations in other countries. He is also the Honorary Consul for Chile in Auckland and is, or has been, a director of a number of industry groups. 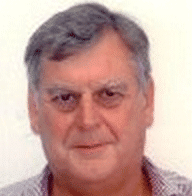 This is Gerry’s personal observations over the years. Latin America has changed considerably in the almost 40 years since I made my first trip there. Then almost all the countries were either dictatorships or populist Governments ( some still are ), GDP’s were low and there was very little NZ Government participation in the continent. It was a dark continent and my friends (probably correctly) thought I was mad giving up a career in share broking to pursue an interest in developing agricultural production in Latin America.

My first inclination was to buy a farm – unfortunately my more sensible half said ‘no way’. Pity – it was the wrong decision in hindsight. Now we have regular Government to Government contact through APEC, the Pacific Alliance, and other bi-lateral considerations. The ensuing Ministerial visits often include a business group which is very beneficial for opening doors, developing contacts, and discovering the market. They give a very good (albeit rose-tinted) look into the different markets in Latin America.

Don’t make the mistake of considering Latin America as one market – each country, and in some cases, regions within a country, are very different with a different distribution, taxes, social views, GDP etc. In our case, working in animal production, the types and classes of animals differ markedly between regions and need to be considered individually.

We commenced doing business in 1979 going first to Uruguay, Argentina and Chile, whose economy was just starting to pick up after the communist years – but NZ (and Cuba) maintained a trade ban against Chile.

In theory, we couldn’t do direct business so we established a system of changing Airway Bills in Tahiti. In those days to get to South America one had to fly to Tahiti and wait 3 days for the onwards flight – with a similar delay on the return.

I had written a thesis on the development potential for trade into South America – which the Chilean Embassy had somehow discovered so I was enlisted to assist in the removal of the trade ban – which we succeeded in achieving in 1982. This opened up not just Chile, but access into the continent – until some of this was destroyed because of the Falklands / Malvinas war.

But doing business was difficult by today’s standards. There was no internet – all communications were either done by telex or by airmail and when travelling, ringing home was a very expensive and time-consuming mission. In places like Buenos Aires, it was quicker and easier to go to a contact’s office to make an appointment rather than to try to ring as the phone system didn’t work. We needed visas for most countries so considerable planning was required for each trip and ‘mañana’ time needed to be allowed for.

The systems of doing business have gotten much easier over the ensuing 35 years – communications can be instantaneous (but Latinos are still slow communicators and have the principle that they don’t say anything until they have something worthwhile to say). Desk research is much easier with the internet and my advice is before trying to access a new market you need to make a thorough initial investigation on-line and then use local consulates, foreign embassies other businessmen and also the NZTE connections in the market.

Finally, visit the market – or use an experienced agent specialised in the area who will already have connections. Language is obviously a problem but an increasing number of people – especially University graduates – speak English, or at least read it, and if you confirm the important parts by e-mail later misunderstandings can be avoided.

Latinos like personal relationships and therefore it is important (if invited) to accept invitations to their home, and to invite them to yours if they visit NZ. They like to form a personal relationship and know your background and your family before commencing a business relationship. Society is more stratified there than here and that point is quite important to understand so at times you have to be careful who you invite together.

Freight can be a frustration. When we started the business it was probably 2-3 years before we managed to put together a full container shipment – and in those days we used the Dairy Board charters which had about 30 days shipment time. Now we are shipping over two containers per week and shipping takes over 40 days (depending on destination) and requires trans-shipment in the Caribbean. But – freight rates are still reasonable especially if you try several options.  However, one area of logistics that is still a problem is Less Container Load (LCL)  shipping – no-one offers viable trans-shipments. We occasionally try to put together LCL containers and offer space to others – and would be prepared to do this more frequently if there was sufficient interest.

Airfreight similarly has improved in quantity – there is now a daily flight into Santiago with connections to all other markets – albeit with delays.

We are now negotiating charter planes which are a new nightmare, but I am sure we will eventually get it right.

However we still only have one airline on the route and we desperately need some good competition – the good news is we have heard a whisper that this will occur quite soon.

Bureaucracy can be a major problem and an expensive consideration. In our case, we work in a number of animal and plant products that require inter-Government agreements, protocols etc. which can be very expensive and very frustrating to obtain. In the past, these things worked much more smoothly, but unfortunately, we are now saddled with a bureaucracy that can be a law unto itself and create problems where problems don’t exist. I think Governments need to consider this process and make it easier and more user-friendly.

Fortunately, visas are generally no longer required, and NZ has ‘working holiday visa’ status in a number of Latin countries meaning younger people can move in both directions to obtain meaningful work. However – in my opinion – a number of these visas should be reserved for businesses to bring foreign staff for training purposes here – i.e. in various facets of the dairy industry.

The ‘mañana’ attitude – is still prevalent in some countries but is improving greatly – especially amongst the business community. In the past, you could only viably make two appointments per day to allow for the waiting time (sometimes a couple of hours), but fortunately now most businessmen are much more punctual and maintain ‘English Time’ when meeting foreign visitors – but this can vary from country to country.

Dress attire also can be important and you should ensure that your appearance is in accord with local norms – it is better to be overdressed than underdressed – you can always remove a tie or jacket.

Receiving payment is always a concern (and we never use LC’s) but in our experience Latin businessmen – especially if you develop a good relationship with them – are very honest and open and while payments at times are affected by ‘mañana’ they invariably come through – even in Venezuela under the CADIVI system.

Doing business in Latin America is no longer the ‘mission’ it used to be – the area is growing in population, and in wealth and is becoming considerably more open to international business that in the past. With very good relations between NZ and most of the Latin countries and a developing free Trade area, our products are better known and accepted than in the past.

This article was sourced from the December edition of Latam News, the monthly newsletter of the New Zealand-Latin America Business Council ( www.lanzbc.co.nz )