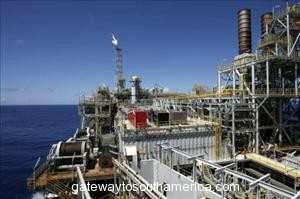 The fast growing infrastructure and environment services group has hitched its wagon to the North and Latin American economies and predicts a shift in global manufacturing from China to Mexico.

Cardno’s diverse operations, such as engineering for oil and gas drillers, consulting on climate change and more have increased net profits every year for a decade, including $43.1 million for the latest half year.

So why the lack of interest in Asia and China, the latter Australia’s largest trading partner and on track to be the world’s largest economy?

“We see a shifting of manufacturing from markets like China to Mexico, to what we call nearshoring,” he said.

Large gas discoveries have boosted US energy security and independence and revived long-struggling manufacturing industries with cheap power, something Mexico hopes to replicate too in the Gulf of Mexico.

Chinese wages are rising, Mexico’s are not, already most of America’s flat screen TVs are made in Tijuana on the border and automobile and aerospace companies are increasingly opening manufacturing plants there.

Cardno’s exposure to oil and gas is 25 per cent of its overall operations since its recent and largest ever acquisition, $US145 million for US engineers PPI.

“We didn’t do engineering in oil and gas but our largest clients in environmental consulting were oil and gas companies who were saying to us: can you help us with engineering?” Mr Renshaw said, adding it allowed it to cross sell more.

Deutsche Bank criticised the PPI takeover, describing it as expensive and risky at a time when revenue falls were occurring in Cardno’s other businesses.

Cardno operates globally but in particular in Latin America and North America where its multinational clients were investing their money.

“For a market like Latin America: they all speak Spanish, are culturally aligned and used to working together, there are multinationals working there and we have an established footprint there,” he said.

“In Asia, the cultures are different and not working together as collaboratively as what you see in Latin America.”

Latin America was easier to navigate commercially and legally than Asia too, he said, with less obvious bribery and corruption.

Cardno’s share price rose more than 10 per cent in the days after the PPI takeover with its current market capitalisation more than $1.1 billion.

Its share price is below its peers, says Mr Renshaw, who thinks Australian investors don’t understand Cardno’s diversity and dismiss it as a resources play.

“Our average project size is $50,000-100,000, we do a lot of projects for thousands of clients and are not reliant on any one market sector, economy or geography,” he said.