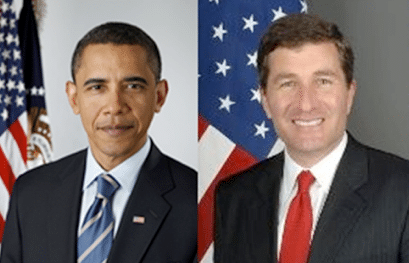 The upcoming visit of United States President Barack Obama to Argentina on March 23 and 24 has prompted across-the-board optimism among US companies in the country, which believe the trip will encourage more investment in  Argentina in the coming years — perhaps even leading to new firms arriving.

But it won’t be such an easy road, they warn, with a long list of economic woes such as rising inflation and the lack of dollars and foreign funding. CEOs from the local branches of JP Morgan, Dow, United Airlines, 3M, Microsoft and CH2M Hill — members of the US Chamber of Commerce in Argentina (AmCham) — forecast closer trade and investment ties.

“Obama’s visit will speed up US firm investments. It represents a big support for the recent political and economic changes in Argentina,” Gastón Remy, head of Dow Argentina, said, anticipating the company’s chief executive Andrew Liveris could join Obama’s trip and be in Argentina at the same time.

“I’m sure that’s also the case for other US companies. Argentina has many competitive advantages in areas such as mining, energy and food but at the same time needs major investments in infrastructure,” he added.

Liveris was one of the many business leaders to meet with Macri in January at the World Economic Forum in Davos and vowed to carry out investments at the Bahía Blanca petrochemical hub. Announcements from other US firms already in the country could follow this year, while other companies with no presence in Buenos Aires would come later.

“We are leaving behind an era in which many major investment projects were cancelled such as the Vale potassium mine. But now all those initiatives could start again,” Manuel Aguirre, Latin American director of CH2M Hill, said.

“The recent changes in Argentina’s financial and political situation will lead to a greater interest in foreign direct investment from the US and other countries as well.”

Following the same train of thought, JP Morgan Argentina head Facundo Gómez Minujin said he expected greater financial and infrastructure investments from US firms. More than 80 percent of the US$15 billion to be issued in bonds by the national government to pay the “vulture” funds will be purchased by US hedge funds, he said.

“Obama’s visit will be a key factor for US companies to take Argentina into account. Not only those who already have offices here but also others which now have no ties with the country,” Minujin said.

“They will start looking at Argentina with other eyes. Obama being here will give firms a signal to start investing more.”

But it won’t that be easy. He and the other business leaders showed concern over the pending economic woes and said solving them was a key factor. The fact that the government can’t stop the devaluation of the peso and the consequently higher inflation rate make it difficult for companies to plan for the long term and choose to invest.

“Argentina needs to be a stable country so companies can forecast what’s going to happen in the future and consequently plan whether they will invest or not,” Minujin said.

“The inflation is the most worrying issue and the government hasn’t specified its plan to lower it yet. A country with such a high inflation rate just can’t work.”

Priorities on the agenda

Working on behalf of the US firms, AmCham has just finished a list of issues it hopes to be included in Obama’s agenda. Argentina should be included again in the US Generalized System of Preferences — a preferential tariff system — as trade barriers between both countries should be more flexible, the chamber claimed.

“We were part of that system until 2014, now it’s up for the US Congress to include us again. We have to make them understand that Argentina fulfills the conditions to be part of the scheme,” Alejandro Díaz, AmCham head, said.

“Argentina could be again a key player in world trade.”

Díaz said that the US should also back Argentina strongly in the resolution of the “vulture” funds litigation, on its return to the international credit markets and with its loan requests to multilateral lending agencies. Such support was already given to President Mauricio Macri at Davos by Vice-President Joe Biden.

AmCham will carry out a full-day summit on March 23 at La Rural fairground centre, hoping for Obama to attend. US firms CEO’s will be the key speakers and highlight the investment potential in such areas as renewable energy. Obama’s agenda hasn’t been disclosed yet but Díaz said he is expected to arrive with a 1,000-strong delegation to Buenos Aires.