☭ Nueva Australia in Paraguay was Australia’s experimentation with Communism 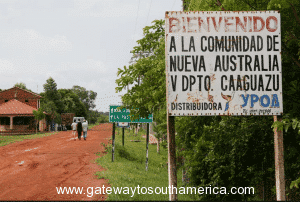 Should you ever find yourself in eastern Paraguay, you might encounter a small township called Nueva Australia (New Australia). Therein lies a fascinating tale, known by informed Australians, but I’ve never met a New Zealander familiar with it.

Its roots go back to an 1890 bitter Queensland shearers’ strike which quickly spread to other unions and into New South Wales. Such was the hatred between the striking workers and the bosses, it literally reached the stage of potential civil war, illustrated by 1400 troopers being marshalled with mounted infantry, a machinegun and a cannon.

Some of the 10,000 strikers were ready to face them, despite having only 800 guns. But the authorities prevented a blow-up by arresting their key leaders while alone in a small settlement and charging them with conspiracy, this culminating in a trial and their subsequent imprisonment. Now leaderless, the strike was broken, leaving in its wake a mood of deep resentment. 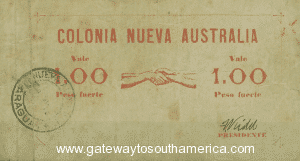 At that juncture, enter William Lane, a messianic English-born Marxist zealot who was editor of Australia’s first labour newspaper, The Queensland Worker (and later, ironically, a conservative editor of theNew Zealand Herald). He had been urging the strikers on, and concluded there was no hope for the oppressed working man in Australia. He promoted the idea of building a new society elsewhere, “New Australia”. Utopian escapist communities, inspired by socialist thinkers, were voguish in the late 19th century, and several collectivist settlements originating from as far afield as Sweden and Germany had already been established in the Americas, with a particularly large one in Mexico.

Lane’s idea quickly caught on, resulting in numerous working families, including some from New Zealand, plus academics and other non-artisan individuals, all eagerly signing on. Meetings were held in Brisbane and Sydney, rules established and money raised.

On behalf of the new society, agents travelled on an exploratory trip to Argentina as land had been offered free in Patagonia, but it proved too climatically harsh. So the investigators went north to Paraguay, where they were enthusiastically welcomed by the government and offered a large tract, similar to south-eastern Queensland in climate and soil. 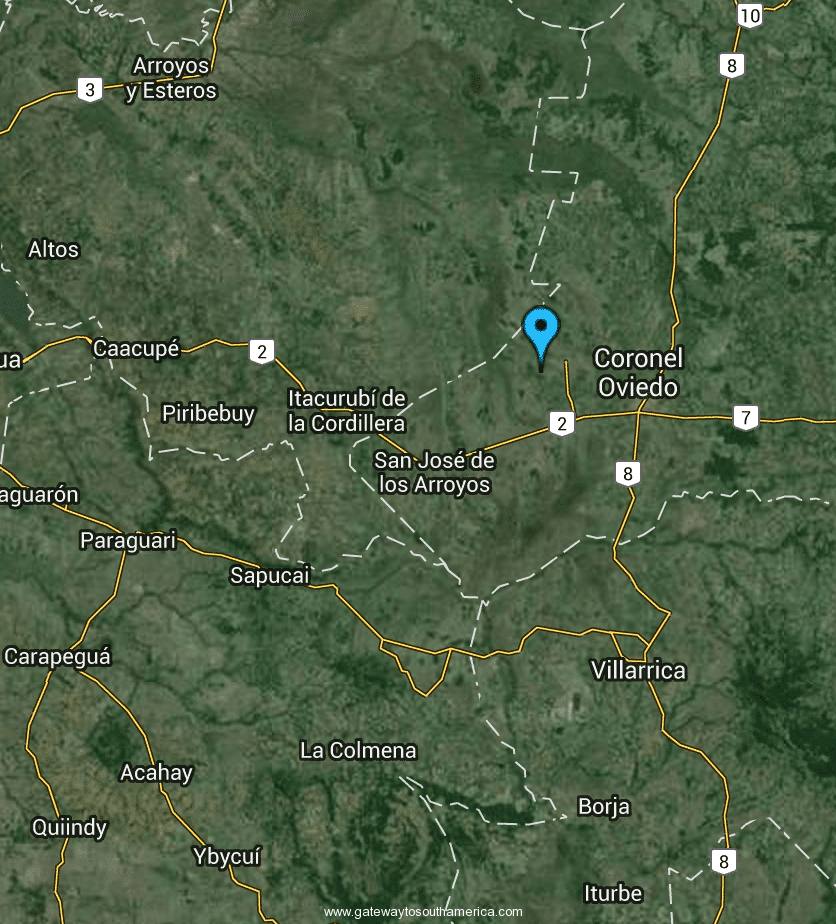 There was a very good reason for this big welcome. Twenty-five years earlier, Paraguay’s then dictator, a fat little lunatic called Lopez, in a moment of monumental madness declared simultaneous war against Brazil, Argentina and Uruguay, an action akin to Lydia Ko taking on Mike Tyson. When it was over, children excepted, there were only 14,000 men and 150,000 women left in the entire nation.

With land now secured, excitement and fundraising intensified in Australia, and alarmed the authorities. Newspapers ridiculed the venture as they were becoming increasingly concerned at the possibility of a mass working-class exodus from Australia. The Bulletin was particularly vitriolic, making dire predictions for New Australia with cartoons of the migrants being hunted down by savages and pumas.

But the New Australian idealists were not to be dissuaded, for as here in NZ at the time, Australia was now in the grips of a deep depression. Like recently, this was caused by bank failures, and life for the working man was a grim struggle.

A sound sailing ship was purchased and, in two initial trips to establish New Australia, took almost 500 people to the promised new socialist utopia awaiting them. When the first lot arrived, they were formally welcomed on the Asuncion wharf by the Paraguayan president, who provided assistance with the project, and so in bullock carts and on horseback the settlers embarked on the trek to their allocated land.

If you wish to read the details of what subsequently occurred, scour the web and secure a copy of Australian journalist Gavin Souter’s 1968 book, A Peculiar People. Also, author Michael Wilding wrote an account of this venture in novel form in 1984 called The Paraguayan Experiment, while, more recently, writer Anne Whitehead retold the story in her Paradise Mislaid, published in 1997.

Suffice to say the venture failed, as it was to do on a much greater scale with the following century’s communist horror forced upon almost half the world. Like the Soviet Union, it collapsed because its goals flew in the face of human nature. The New Australians’ objectives were elementary, namely communal ownership with no individual property rights, no alcohol and no mixing of races, this a sentiment then rife in Australia.

But, the New Australian utopians included a large number of single men, going to a “land of women” as a book about Paraguay at that time in my library is titled. The indigenous Guarani women are extremely pretty with soft Polynesian features, sans the obesity. Unsurprisingly, nature took its course and terrible rows ensued, with Lane upset over this breach of the founding rules. So, too, with the alcohol prohibition, which was ignored by the single men in this land of cheap rum production, causing yet further disruption. Predictably, anger arose over varying individual work contributions.

But primarily the New Australia dream failed because humans are not ants. While never reaching an Orwellian Animal Farm situation, Lane’s puritanical insistence on enforcing the rules soon led to a bitter factionalism. This resulted in a large group breaking away and beginning their own nearby settlement called Cosme. Also, the physical hardship in starting from scratch inevitably led to some wanting to return home, a proposition easier said than done.

As news reached Australia of the troubles, recruits dried up. In 1899, Lane, now immensely unpopular, left New Australia. Over the subsequent years the settlements evolved into a small town only without the original rules and, instead, private property, marriage with the locals and alcohol accepted as the original collectivist idealism evaporated.

Some decades later, a fund was established in Australia to repatriate the New Australians, but being now established, few accepted the opportunity. Today, there are 2000 descendants of those original utopians living in New Australia, bearing their forefathers’ Anglo-Saxon and Irish surnames but speaking Guarani and Spanish, although still using many Australian colloquialisms such as “a cuppa” and “smoko”. Apparently they’re acutely conscious of their Australian ancestry and greet warmly the steady trickle of Australian visitors, wishing to see for themselves this unusual facet of their history, told not only in books but in song and poetry across the Tasman.

Paul Holmes became excited about this saga when I told him about it once in the late 1990s, this resulting in our going to have a look. We set out early one morning in a rental car from Asuncion, but halfway there an immensely more appealing diversion arose, as happens in Latin America, so we never made it.

Similar communal societies continued to sprout in the 20th century, perhaps Israel’s kibbutzes being the most notable, although today their original rural idealism has been replaced by a more hard-headed realism.

So, too, the separatist Christian collectivist communities which have rejected the materialist secular world and seek isolation and simplicity.

But New Australia was different, having materialist goals, and – it goes without saying – was a disaster in its denial of individualistic human nature

Part of an Article by Bob Jones for the NZ Herald