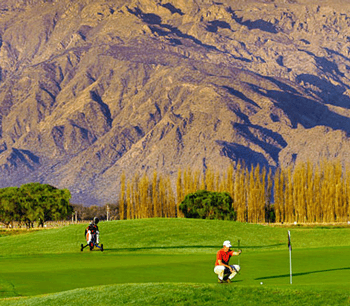 Latin America’s Tourism Boom continues. According to the UN’s World Tourism Organisation (UNWTO), tourism is the 3rd largest export in the world, with international sales worth more than the food or auto industries. The number of international journeys made each year globally has jumped from 25 million in 1950 to more than 1.2 billion. That exponential rise in international trips has created an ever-expanding tourist industry that sees $4 billion spent daily. The tourism juggernaut shows no sign of stopping – indeed, the UNWTO reckons that international arrivals will grow another 50% and hit 1.8 billion by 2030 – so investors would do well to boost their exposure to the fast-growing sector.

As any tourist can testify, not all destinations are equal. And the same rule applies when it comes to investing in the sector. In fact, Latin America looks particularly well-placed to benefit from the global benefit boom.

The most remarkable characteristic of the growth of the tourism industry in the post-war era is its resilience. Regional crises, global downturns and armed conflicts have barely managed to dent the continued growth of international visitor numbers. It is also worth noting that not all of these visitors are what we’d typically associate with tourism. Approximately 55% are traditional holidaymakers, 27% are visiting family or travelling for health reasons, 14% are on a business trip with the rest unknown. The stay has to last at least 24 hours to count as an international visit. The next point is that tourism’s exponential growth is a global phenomenon. According to UNWTO projections, all regions of the world will see growth in visitor numbers and tourist revenues between now and 2030. However, some areas will do better than others.

Regarding transport, the big winner is the aviation industry, which is gradually claiming a more significant share of the overall visitor numbers and is now the mode of choice for 54% of journeys. The biggest trend will be the rising importance of emerging markets over the period. The rich countries still dominate global tourism, receiving 55% of all international visitors. Yet between now and 2030, arrivals in emerging destinations are expected to increase at 4.4% a year, twice the rate of those in advanced economies (2.2%). Within emerging markets, several factors look particularly favourable for the Latin American tourist industry.

The commodity slowdown that began with metals and minerals in 2012 before moving onto the oil and eventually reaching agriculture hit Latin America very hard. The region is a major exporter of copper, iron ore, gold, silver, soybean and oil, and the falling price of these commodities undermined growth across the region. The worst hit were the commodity-dependent Andean countries of Chile, Colombia, Peru, Ecuador and Venezuela. However, except for the latter two, which don’t have sovereign, free-floating currencies, the commodity slide came with a significant silver lining – a massive currency depreciation. The Chilean peso, the Colombian peso and the new Peruvian sol very quickly lost around one-third of their value against the dollar. All of which helped to make these countries’ non-commodity exports a lot more competitive.

Tourism is typically the quickest export to react to currency depreciation as the lead time for a sale is very quick. Unlike manufacturers, who must be convinced that the depreciation is permanent before building new production plants, tourism is ready to receive the benefits as soon as potential international visitors realise that the country has suddenly become much cheaper. And that theory is borne out by the numbers. In 2015, the last year for which the UNWTO has full figures, international visitor numbers to Chile grew by 22%, Colombia by 16%, Peru by 7% and Uruguay by 3%. Early signs suggest that the double-digit growth continued in Chile and Peru last year, bringing tourism numbers in these countries to record highs.

The fall in local currencies also convinces more Latin Americans to take holidays in the country rather than travel abroad and spend in daunting dollars and euros. And the depreciation is a plus for international investors – like us – looking to invest in the sector as it means they can buy in on a discount.

A paradox of the tourism sector is that it is actually very regional for a global industry. According to the UNWTO, around 80% of international journeys start and end within the same region. Indeed that is one of the main reasons that the tourist industry in emerging markets is growing more quickly than in mature ones – increasing numbers of tourists ready to visit neighbouring countries.

The intraregional nature of tourism also bodes well for Latin America. After two consecutive years of recession, the region is set to return to growth in 2017. In reality, most of Latin America has been growing steadily for the past few years, but the regional statistics were weighed down by the poor performance of Brazil. Finally, the Brazilian behemoth, which accounts for almost 50% of Latin American GDP, is recovering from its worst recession. The improving fortunes of one of the region’s most important source markets is great news for Latin America’s tourist industry.

More important still is the continued growth in the US. America is the world’s second-biggest spender on tourist services, and Latin America and the Caribbean is the favoured destination for gringos going abroad. So the solid economic situation in the US is a big boost for Latin American tourism.

Latin America is getting safer

Colombia, which is gradually inching toward a peace deal with the guerrilla armies that have battled the government since the 1960s, has seen a massive reduction in the homicide rate. The same has long been true in Peru, which defeated its terrorists in the 1990s, and Nicaragua, which has healed the wounds of its civil war to become the safest country in Central America. Of course, it takes time to convince international audiences, and the popularity of sensationalist drug lord films and television series definitely doesn’t help. But as outdated perceptions of cruel dictators battling violent rebels are replaced by the reality of Latin America’s generally peaceful societies, it will help attract increasing international visitors.

Clearly, some Latin American countries have a severe crime problem – Venezuela, El Salvador, Guatemala and Honduras are the most egregious examples. But, except in Venezuela, where the government is losing control of crime like it has lost control of everything else, violence isn’t necessarily a barrier to tourism. Don’t get me wrong, El Salvador, Guatemala and Honduras have terrible security problems, but the first two are far safer than they were during the 1980s when they were being ripped apart by civil war. Moreover, from a brutally cynical investor’s perspective, the violence in these countries tends to be restricted to poor people living in the sprawling urban ghettos. That’s a tragedy for those societies but not impacting tourists visiting the main attractions, which tend to be very safe. That reality is reflected in Central America’s improving tourist numbers. In Central America, international arrivals rose 7% in 2015 to exceed 10 million for the first time. Panama led this growth with a 21% increase in arrivals. Belize welcomed 6% more arrivals, Costa Rica and Honduras 5%, El Salvador and Nicaragua 4%, and Guatemala 1%.

Another structural factor in Latin American tourism’s favour is the region’s improving transport connectivity. Latin America’s poor infrastructure has long been one of the major hurdles to improving economic productivity in the area. But thanks to the decade-long commodity boom from 2003, which boosted most Latin American countries’ macroeconomic situation, recent years have seen a massive upsurge in road transport infrastructure. Tens of billions of dollars have been invested in roads, tunnels and bridges that have improved land travel within and between Latin American countries. The transformation in Ecuador, Colombia, Peru, Nicaragua and Panama has been awe-inspiring. The benefits of the improvements are twofold: on the one hand, it makes it easier for regional travellers to visit neighbouring countries; on the other, it boosts the attractiveness of Latin America to those coming from further afield, as they can see more sites during their stay. For example, improvements in the Ecuadorian road network mean that it’s now possible for a tourist travelling by car to eat breakfast in the Amazon jungle, drive to the Andean highlands for lunch and then enjoy the sunset on the Pacific Coast as they eat their dinner.

The other significant change has been in the sky, where Latin America’s lumbering aviation oligopoly is steadily facing new competition. An old system of protected, inefficient national airlines was swept aside by a wave of liberalisation that has seen Latin American carriers emerge as world leaders. For example, Panama’s Copa, Colombia’s Avianca, Brazil’s Gol, Mexico’s Aeromexico and Chile’s Latam are globally competitive airlines that offer Latin American customers the types of prices and frequencies we’ve long taken for granted in the UK. Indeed Latam, formed by a merger between Chilean and Brazilian competitors, is now the world’s largest airline.

“Latin America are growing at 4.8% per year, making it one of the world’s fastest-growing air traffic regions”

In addition to these giants, another positive trend is the emergence of low-cost carriers. Until recently, just Mexico, Colombia and Brazil benefited from budget airlines, and now they are spreading out across the region. There is nothing revolutionary in this – these types of airlines are common worldwide – it’s just that Latin America is starting to benefit from it now. The International Air Transport Association (IATA) estimates that airline passenger numbers in Latin America are growing at 4.8% per year, making it one of the world’s fastest-growing air traffic regions. Aircraft maker Boeing is even more optimistic about the future, pencilling in a 5.8% growth per year over the next few decades. Investors should always regard long-term statistics with a healthy dose of scepticism, but the investment is already being made in new airports to cope with the extra traffic. Argentina, Chile, Mexico, Brazil, Ecuador, Costa Rica and Colombia are just some Latin American countries currently working on significant new airports.

A version of this article first appeared in MoneyWeek