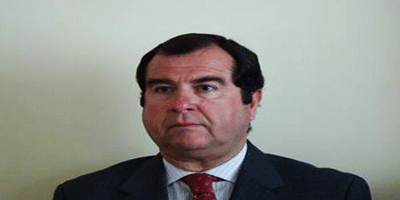 When the first 10 days of December saw both the launch of Air New Zealand flights and the inauguration of the Mauricio Macri administration, it was impossible not to think big for 2016 with such an alignment of the planets, says Gustavo Richardson, the director of the New Zealand Bilateral Chapter within Argentina’s Asia-Pacific Chamber of Commerce.

Richardson (born to a New Zealand father and Argentine mother) has a five-point plan ready, starting with a video conference between chambers and businessmen on both sides of the Pacific Ocean in late March. August will see full use of the Air New Zealand connection (three flights a week) by both Kiwis and Australians to travel to the Rio de Janeiro Olympics — Richardson plans to organize a stopover here either before or after for those who can contribute to trade and investment. In October he plans to take a 40-50-strong trade mission to New Zealand to present them to future partners (in 2014 he organized a Santa Fe mission with a focus on the dairy industry but this one will be nationwide with a broader sectorial basis). And then in November would come the cherry on the cake — New Zealand Prime Minister John Key will then be Peru-bound to the Asia-Pacific Economic Cooperation (APEC) summit and the aim would be to lure him to Buenos Aires on the way to meet with Macri.

These March, August, October and November dates add up to four — the fifth prong of Richardson’s plan is throughout the year. A trained lawyer, he is proposing New Zealand as an arbitration and regulatory centre for Latin America. Argentina is only now beginning its long, slow road back to legal security but New Zealand can offer a short cut since its reputation for legal security (with its roots in British justice) is long-established.

Representing a small country within the Chamber of the world’s most populous continent means that Richardson’s central idea comes very naturally to him — highly efficient although New Zealand is as a food producer in the dairy industry and other areas, it cannot meet the scale of the gigantic Asian market now and far less in the future (with world food demand set to quadruple by 2050 and much of the increase in China, India, etc.). Previously the fact that major agricultural exporters Argentina and New Zealand are not complementary economies was seen as a drawback — now it becomes an asset because Argentina features as a potential partner to achieve the critical mass needed to meet Asian demand.

Richardson does not claim any originality for these ideas. Firstly, they were already contained in a book entitled Co-opetition which he read a quarter-century ago in his MBA studies and which argued that working together with other countries on the basis of mutual interest made nations more competitive than competition. And secondly, these ideas have already found concrete form in Argentina — to the extent of a Fonterra/SanCor dairy co-operative joint venture which was seriously studied on the New Zealand side for seven or eight months in 2005. The New Zealanders were initially impressed by the economic team of early Kirchnerism and by the way the BICE bank pooled exports and investment but were gradually discouraged — by export duties and, perhaps above all, by changing rules.

But now Richardson detects a huge opportunity with the Mauricio Macri administration which abolished most export duties almost on its first day and normalized the exchange rate only a couple of days later. The idea of co-operation to service third markets could be revived and Argentina could become an important ally in a win-win situation for both countries.

This alliance would constantly seek to add value (powdered milk, for example). New Zealanders would be ready to invest if assured legal security — and Richardson argues that New Zealand would be a safe and solid investment for Argentine capital (including the vast sums already abroad).

The Herald asked if he saw the Trans-Pacific Partnership (TPP) as a catalyst for bringing Argentina and New Zealand together. Richardson thought it was still early days — the current TPP countries first need to get to know each other and also sort out some internal issues while Argentina still has some work ahead before becoming a suitable TPP member. But New Zealand is already positioned to be Argentina’s gateway to Asia (even more so now with Air New Zealand).

The 2005 idea of pooling dairy production for the Asian market might be the starting-point for co-operation between the two countries but Richardson sees no reason why it should stop there. Thus Africa would be a very promising field for joint agricultural ventures at the ground level, not just commercial as with Asia. And Richardson also has his eye on sectors other than agriculture such as education, infrastructure, hi tech and clean energy (geo-thermal).

Within this context G2G (shorthand for the New Zealand Government to Government Partnerships Limited) is extremely important for sharing know-how in numerous sectors. Without going into any further details, the table of contents of the G2G handbook offers a chapter on each of the following areas among others: air control, education, online government, energy, environmental conservation, fisheries, food security, forestry, healthcare, horticulture, biodiversity, meteorological services, pasture, public safety and transport solutions.