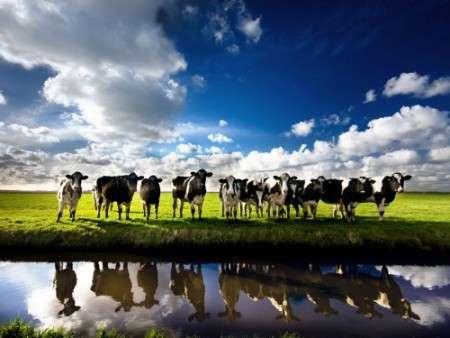 All the elements that the company attempted to establish as to the liability of the dismissed workers were discarded by the court, which stated in the judgment that it clearly “observes that the risk of economic losses is the fault of the company.

On the one hand, the high animal mortality was due is due to mismanagement, something not attributable to the workers but poor company management.

On the other hand, the company has never made money (according to the defendant’s evidence) and despite the ten years of losses it continues to expand without going into liquidation, removing their claims around technical losses (since it seems counterintuitive to maintaining a deficit for a decade) and then deny plausibility to the selection of a workers with a monthly remuneration that is at the base of the remuneration scale of the company’s status.”

The Manuka dairy company is one of the largest dairy farms in Latin America, lost its defense in court over the unjustified dismissal of an agricultural technician, Juvenal Torres, in a process that exposed not only the animal abuse practices ( the worse in Chiles history ) that they were accused last year but, moreover, the economic loss scenario facing the company.

“The accounting report of the company (translated), notes that since 2009 the company has never made a profit,” confirmed by no less than Manuka’s accountant, Dany Cortés Villalobos, which was recorded in the court’s ruling.

Torres’ case is the first judgment of several similar lawsuits brought by workers since the end of 2018 against Manuka.

These results are mainly explained by:

(i) increased costs of production

(v) an unfavorable exchange rate relative to the US dollar.”

All the elements that the company attempted to establish as the responsibility of the laid-off workers, were discarded by the court, which stated in the ruling that it is clearly “notable that the risk of economic losses was the company.

For one part, the high mortality was caused by mismanagement, something is not attributable to the workers but at the risk of the employer. Moreover the company has never made money (according to the defendant’s accountants) and despite that during the ten years of loss, it continues to expand without closing or going into liquidation, a fact that along with its claims around economic loss (as it appears to be counterintuitive to maintain a deficit economic unit it denies plausibility to the selection of a worker with a monthly remuneration that is at the base of the monthly payscale remuneration from the company’s accounts.”

Problems with former workers aren’t the only ones Manuka has, as last year it was convicted by low standards of animal welfare, which were also recognized at this trial.

The production manager of Area Seca, Gonzalo García, in 2014 had been noted in an internal summary of the company was responsible for the brutal slaughter and other aberrant practices of at least 1,500 calves, which led to a national and international scandal.

The explanation he gave in the process was that 2017 there was a decrease of livestock numbers, by having an approximate 2,300 calves prove positive for tuberculosis, which involved 2,300 fewer heads for the period 2018-2019 in the Dry Stock Area.

The declaration of loss and illegal practices of animal welfare was parallel to the employment of their new general manager, Cristián Swett, which has announced as a goal for the next “liquidity event” is for an IPO or the integration of new shareholders.

The outbreak of 2,300 cases of bovine TB in calves in 2017 is a sign that Manuka’s poor health standards contradict the company’s statement about its so-called “industry” practices, all in the midst of the open process regarding the Chilean Prosecutor of the calf massacre case seeking the extradition of the accused New Zealander, Zachary Reuben Ward, a former production manager who is charged in connection of the case.

Unbelievably, Ward is now involved in another New Zealand dairy company called Grasslands and is listed as their CEO.

The Manuka Group is a company that was incorporated in 2005 in Chile by New Zealand farmers, with past connections with Fonterra who in 2008 acquired the 19,500 hectares of the former Hacienda Rupanco with the aim of converting it into a model New Zealand type dairy farming operation.

Manuka currently has 46 cowsheds, however its general manager stated to the Economy and Business unit of El Mercurio on February 28 of this year that it aims to build 8 cowsheds more in just two years to reach 54 and another 13 between 2020 and 2022 to reach 67, all the while reducing staff citing an unsustainable financial situation, which the court did not believe could be true.

Read the full statement at the following link. ( Spanish )