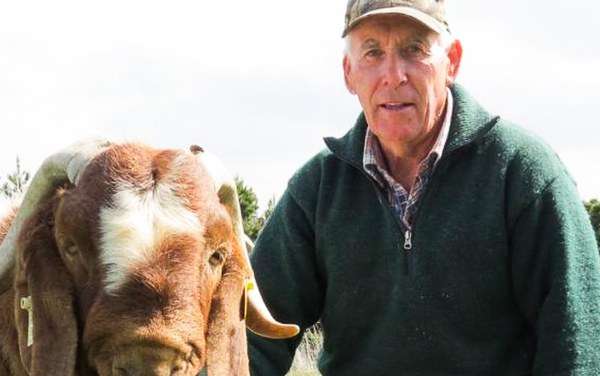 Gateway to South America on 18/12/2017 - 09:51 in All categories of countries are, Argentina-General, Argentine farms, Chile – General, Chilean farms, Farms in Paraguay, Uruguay Farms

Mr Balfour has been involved with importing and exporting cattle between Argentina, Paraguay, Uruguay, Chile, Canada, the US, Great Britain, South Africa, Australia and New Zealand for more than 30 years.

More recently he has also dealt with sheep, goats, semen and embryos.

”I work with my son Juan [and we have] two companies: Balfour L and Balfour J SH (formerly Biogenetics) in Argentina, and Biogenetics Paraguay SRL in Paraguay,” Mr Balfour said.

They shipped the first Boer goat embryos to Argentina in 2006 and imported the first live Boer and Saanen goats from New Zealand in 2007.

In addition they imported 700 goat embryos (Saanen and Boer) and sheep embryos (Texel, East Friesian, Black and White Dorper) to Paraguay between 2013 and 2015.

”After the visit we selected animals to purchase for export to Argentina and Paraguay and this was the first time ever that live sheep were brought from New Zealand to Paraguay.”

He said there was no health protocol for live goats going to Paraguay, so they developed one, working with the Paraguayan animal health office, Senacsa, and New Zealand’s Ministry of Primary Industries.

They intend to import their first live goat shipment in the autumn.

He said New Zealand sheep and goat breeders had an excellent reputation.

”Plus the animal health status is one of the best in the world, which makes it easier to import to the countries we work with.

”But I would say that the kind of information that is taken by the breed associations – pedigrees and SIL information – makes a real difference when it is time to make decisions, as you can count on proven data.”

He said the grass-based production system as well as good adaptation and growth rates also appealed to his clients.

”I could point out many other traits that New Zealand breeders take good care of, but in one word, many New Zealand animals have the best ‘package’ everyone looks for.”

He said stock were sent to different environments and areas and adapted well.

It took about two or three months from an animal’s purchase until it reached the farm in Argentina or Paraguay, and it could be longer if there were complications, but the systems were improving.

”Also New Zealand breeders are real good supporters of what has to be done to get their animals tested and into the quarantine facilities in Hamilton.”

He said in both countries, there was a growing demand for good quality genetics, especially from breeds such as Boer goats.

”I foresee good demand for the years to come, and New Zealand is one of the better and [often the] best places to import from,” he said.