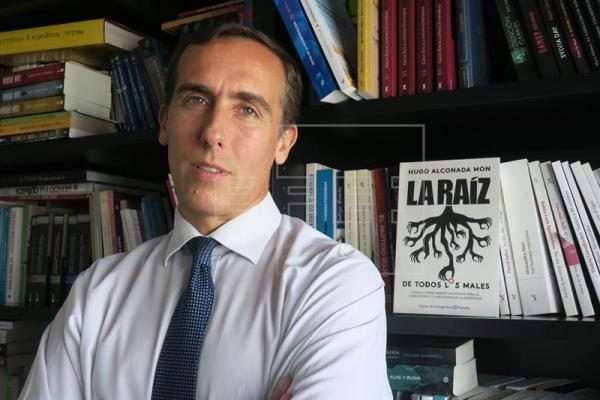 The book topping Argentina’s bestseller list is not a thriller or a murder mystery. It’s a crime story of another sort: a blockbuster about political corruption that suggests that bribery has been an integral part of the country’s body politic. And neighbouring Uruguay was also described as the perfect Swiss laundry for most of the money that was swindled from Argentina.

As to Uruguay, no matter who’s president, the money laundering mechanism remains intact and ticking, Swiss efficiency. No matter who rules Uruguay, the corrupt Argentines love to hide their money in Uruguay, or use it as a stepping stone for moving further on, “the mechanism is designed to steal and ensure impunity”. All the major Argentine corruption cases in the last decades have involved crossing Uruguay, be it with the connivance, complicity or ineffectiveness of local officials.

“The reality of corruption in Argentina surpasses fiction,” said Hugo Alconada Mon, an investigative journalist and the author of The Root of All Evils, which was published just as the country was shaken by a wave of graft allegations against senior politicians across the ideological spectrum. 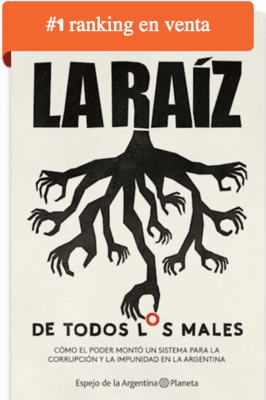 Mon is a  member of the Wikileaks team and of the consortium of journalists that released the Panama Papers published Friday “La Raiz (de Todos los Males)” – The Root (of All Evil) – his new and challenging work of investigative journalism in which he meticulously reveals the system of corruption and impunity that he says rules his country, Argentina.

“There is an underlying structure set up for corrupt practices that go beyond a single government and has continued through the years. It’s made up of professionals, or mercenaries if you like,” Hugo Alconada Mon, lawyer, writer and assistant editorial secretary of the daily La Nacion, said in Buenos Aires.

Typical, he said, are cases that have taken over 20 years to be tried, others that have been inexplicably dismissed, spurious dealings with business owners and executives, the purchase of places on electoral ballots, and state organizations that were simply facades.

It’s a system for accumulating power and guaranteeing impunity that has been “improved and adulterated” and is presented in the book as the root of all Argentina’s evils, because of the poisonous effects that corruption has on politics, the economy and society.

“In Argentina…let some other idiots pay their taxes, or play fair, or compete honestly for an electoral position – it’s a system that feeds on itself,” the writer said.

Hugo Alconada Mon called drug cartels posing as businesses, money laundering and buying the silence of the press as traditionally Argentine as Mate and barbecues.

The “uncomfortable” book, published by Planeta and number one in sales almost immediately, sinks into the “basements” of power. “You have business people, judges, prosecutors, journalists, union members, police and intelligence agents who are always there whatever the government, they’re part of the power structure,” the lawyer said.

These are people who work for the government of the moment and see more benefits than costs of committing a crime.

Though it would be normal to speak with his leading characters, “some slam the door in your face while others talk to you but deny everything.” The journalist did recall, however, his meeting with a “professional of the luxury market” who told him how they used high-end watches and jewellery to sneak money out of the country.

“Argentine society has been tolerant of corruption. In the past if a cop stops you and the first thing you say is ‘How can we fix this?’ the damage is done. Again and again, we’re supporting the black market,” the writer said.

To put an end to corruption, Alconada Mon believes that only society can have the last word, as he said happened in Brazil.

Note: A quick read of the two major newspapers in Argentina, La Nacion and El Clarin will show that there has been already a dramatic turn around to attitude of corruption. The new Macri government who along with the population has said enough resulting in many of those previously acting with impunity now in jail including senior politicians and top business people.