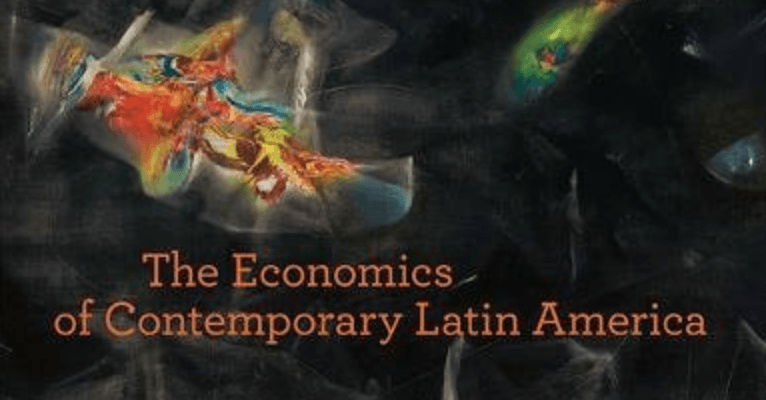 Gateway to South America on 24/10/2017 - 09:20 in All categories of countries are, Argentina-General, Brasil-general en, Chile – General, General of Uruguay, Perú-general en

Latin America, home to about 600 million people, is blessed with natural resources, fertile land, and vibrant cultures, yet the region remains much poorer than its neighbors to the north. Why has no country in Latin America reached living standards like those enjoyed by other countries? In a new book, The Economics of Contemporary Latin America, Beatriz Armendáriz and Felipe Larraín analyze the historical roots of Latin America’s economic and social development dating back to the colonial times. 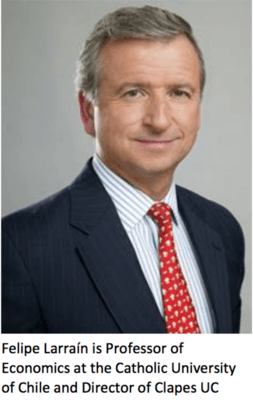 What follows is an interview conducted with Felipe Larraín, Professor of Economics at the Catholic University of Chile, Director of Clapes UC, and former Minister of Finance of Chile, about how the region’s legacies have shaped its economic evolution. Latin America has vast natural resources and a talented population. Why has the region remained so poor compared with its northern neighbors?

Our book highlights five theories of why Latin America has lagged behind, some of which date back to the region’s colonial origins. The first is geography. Over 70 percent of Latin America is in the tropics, which makes everything more difficult. The region is more exposed to disease—malaria, yellow fever, dengue, cholera, and others—and it is far from key markets. Second, Latin America was exposed to civil law tradition after independence, as opposed to common law. A common law system— where judges have a more active role—is more conducive to economic growth and development. Third is large-scale agricultural plantations in Latin America. In the North, there was more mixed farming centered on grains and livestock, and smaller units, which led to more democratic political institutions, a more robust protection of property rights, and a larger middle class.

Fourth, the region’s institutional legacy is a part of the story too, where institutional arrangements in the South are weaker as opposed to the North. And finally, ethnolinguistic and cultural fragmentation in Latin America, which goes back to the colonial periods, have also held back the region, although the influence of this factor is much less important than in Africa, for example.

A few decades ago, Latin America’s per capita income was higher than in many Asian countries. Why hasn’t the region been able to grow as fast as Asia?

Indeed, in the early 1960s, Latin America’s per capita income was more than double that of East Asia. And today the region lags significantly behind. Several Asian countries that started from low levels of income 50 years ago—such as South Korea, Singapore, Taiwan, and Hong Kong—have become developed nations. No country in Latin America can be named developed, although a few are higher-middle income.

One important reason for this large gap is protectionism. Starting in the 1950s, Latin America tried to develop based on import substitution industrialization, which is the idea that you need to protect your industries from outside competition in order to become industrialized. Three decades later, this was a complete failure and these protected industries didn’t grow. And it left Latin America highly exposed to the debt crisis of the 1980s.

During this period, East Asia was fully into export promotion, tax incentives to exporters, low trade barriers, less protectionism, and fewer controls and regulations. In contrast to LatinAmerica, Asian countries also had a stable macroeconomic environment during this time—smaller fiscal deficit (sometimes surpluses) and low and stable inflation rates. Asian economies also avoided overvalued currencies, something that Latin America was unable to do.

But there have been a few success stories in Latin America. Can you give us a couple of examples?

A historical example is Argentina at the end of the 19th century. During that period, Argentina was a richly endowed country whose per capita income was among the top 10 highest in the world. Unfortunately, that performance was not sustained during the 20th century.

A more recent example is Chile. Starting in the late 1980s, Chile began to grow significantly with the opening of its markets to international trade and by creating an environment that was more attractive to foreign direct investment. The government also focused more on improving social conditions. There was a dip after the Asian crisis but right now, Chile is the country with the highest per capita income in the region—about $23,000—and lowest poverty rate.

In the 1980s, a massive debt crisis sent Latin America into a severe recession. Why was the region less affected by the 2008–09 financial crisis in the United States and the more recent eurozone crisis?

The 1980s was a terrible decade for the region. We call it the lost decade because per capita income at the end of the decade was similar to what it was at the beginning. The period between 1982 and 1984 was especially difficult for many countries, with some of them in deep recessions for two and even three years.

It took Latin America a while to recover. After this experience, the region became more outward looking and more conscious of the importance of maintaining macroeconomic balances—low fiscal deficits, low and stable inflation, and avoiding overvalued exchange rates.

The region also strengthened its policies and created better institutions. For example, several countries made their central banks independent in the 1990s and 2000s, and put in place fiscal rules to help fiscal policy play a countercyclical role—to save during good times and spend more during bad times.

These improvements have helped the region be better equipped to deal with more recent crises.
Several episodes of boom and bust in global commodity markets have hurt the region. How can Latin America avoid these boom-bust cycles?

The first thing is to recognize that, no matter how much Latin America has been able to do diversify its export base, most countries continue to be highly dependent on commodities. The region, therefore, needs to develop an institutional framework that allows Latin Americans to live better under these conditions.

The only country in Latin America that has been able to diversify away from commodities is Mexico. In Mexico, about 25 percent of exports come from natural resources. That figure is about 60 percent or higher for the rest of the region. In cases of extreme dependence, like Venezuela, that figure is over 90 percent.

But transitioning to a more diversified economy will require a new strategy. For example, support for research and development,
better education, and a more qualified labor force that can move into different sectors, including the services sector. This would help Latin America participate in the technological revolution that is underway.
Looking ahead, in your view, what are the remaining challenges facing the region?

The first challenge, as mentioned, is how to diversify, in a good way, out of commodities, so that Latin America is less dependent on the booms and busts of commodity markets.

However, diversifying will take time, and many countries will still be heavily reliant on commodities. Some countries, for example, have the ability to become very important suppliers of agricultural products to a China where private consumption will become a larger share of aggregate demand.

Thus, a second challenge is how to upgrade institutions and regulations—such as autonomous central banks, fiscal rules, sovereign wealth funds, and independent fiscal councils—to help these economies cushion the effects of the boom-and-bust cycle of commodities.

While the region has been able to make a significant dent in poverty, it has been less successful in reducing inequality. And this is the third challenge. Having adequate institutions to continue the fight against poverty and reducing inequality will be key.

(This article was published in www.imf.org on 5 October