Millions of foreigners moving into Brazil

Gateway to South America on 03/11/2011 - 16:05 in All categories of countries are, Brasil Residential, Brasil-general en, Brazil Farms en 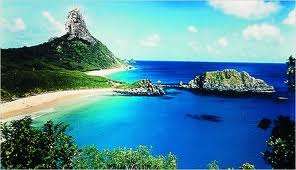 Millions of foreigners have moved into Brazil attracted by the economic expansion of recent years, while the number of Brazilians leaving the country has dropped dramatically, according to official data released last week.

The Ministry of Justice estimated that two million foreigners were residing in Brazil last June, of which 1.4 million legally and the rest, mostly Bolivians, has no migratory papers.

Likewise the number of people from other countries who have proper migratory documentation has increased by 52%.

The number of foreigners arriving in Brazil contrasts with the number of those leaving the country: currently there are two million Brazilians living overseas against 4 million in 2005, said Justice Secretary, Paulo Abrao.

“With this migratory movement of economic origin, Brazil has again become a country of immigrants and no longer of emigrants”, added Abrao.

“The Brazilian economy is expanding, the international corporations are looking at Brazil with other eyes” and the number of people who choose the country to open factories, businesses has ballooned, according to Miguel Assis who arrived in Sao Paulo from Portugal, seven months ago.