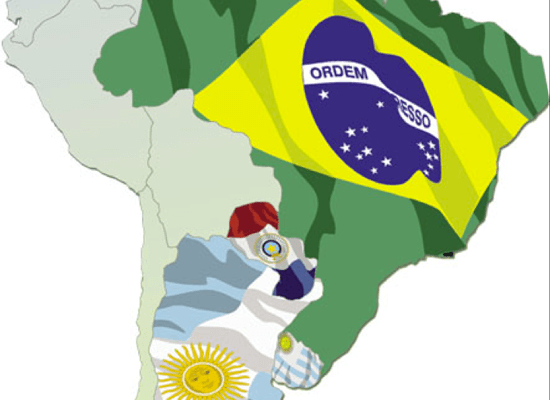 Gateway to South America on 04/04/2016 - 16:50 in All categories of countries are, Argentina-General, Brasil-general en, Chile – General, General of Uruguay, Paraguay - General, Perú-general en

With South America’s giant Brazil rocked by an economic and political crisis that may well lead to the impeachment of President Dilma Rousseff, and with a new business friendly president in Argentina — Mauricio Macri,  Buenos Aires is upping its profile and may function as a lever for the Mercosur bloc and the European Union (EU) to ink a free-trade deal that has been delayed for years.

Both blocs are scheduled to exchange trade offers on April 8 in Brussels, the EU’s headquarters.

Talks between them resumed in 2010 after a six-year hiatus after differences between them but also over splits within the blocs themselves. For instance, during the leftist Peronist administrations (2003-2015) of the late Néstor Kirchner and his wife and successor, Cristina Fernández de Kirchner, Argentina adopted a uncompromising  stance over any potential accord, something that prompted many Brazilian politicians to urge their government to negotiate with the EU from outside Mercosur.

But doubts arose regarding the legality of such a decision within the legal framework of the bloc, founded by Argentina, Brazil, Paraguay and Uruguay 25 years ago. The group now includes Venezuela and Bolivia as member states. Several other countries hold the status of associates.

Now, Argentina’s new Domestic Trade Secretary Miguel Braun says that Buenos Aires is ready to make concessions towards signing a deal between Mercosur and the EU, adding that such an accord would likely spur Argentine agricultural exports, crucial to helping the country overcome a deep economic crisis. Argentina is one of the world’s leading food exporters, accounting for some 11 percent of the global food trade.

However, despite the resumption of informal talks between the two blocs, no formal negotiations had been held since late 2012.

So far, Mercosur has included a “preliminary” 87 percent of total trade volume in its offer to the EU while the EU has included 91.5 percent.

The EU saw Mercosur’s initial offer as “insufficient” and its members are split between those — such as Spain and others — advocating to move forward anyway, and other countries including France, Ireland, Poland and Hungary — the ones showing the strongest opposition to the inclusion of Mercosur agricultural goods — who wanted the Latin American grouping to improve its offer first.

Finally, it seems, the stance of the first group has prevailed.

France is especially worried about agricultural products. French President François Hollande met with Macri in Buenos Aires in February but no progress on the issue was reported. However, Braun said that the inclusion of agricultural goods in the free-trade deal is “important” for the Mercosur.

“We need to widen the umbrella of the discussion. Both blocs will benefit from the agreement,” Argentina’s Trade secretary said.

He also said that the two blocs must include more sectors which, he added, would be compensated if they suffer any harm.

Hollande’s visit was part of Macri’s efforts to reinsert Argentina into the Western fold after the Kirchners tilted the country more towards China , Iran and Russia. As part of Macri’s outreach, US President Barack Obama paid a hallmark visit to Argentina last month.

Elmark Brok, chairman of the European Parliament Committee on Foreign Affairs, visited Buenos Aires last week and said that “for the first time ever Argentina is becoming a stronger protagonist than Brazil in these negotiations.”

Asked about Brazil’s crisis he said: “Formerly, Brazil was the key country. Right now it is no longer so.”

After meeting with President Macri he said: “We are convinced that the process of reform will allow Argentina to become a crucial destination for foreign investment.”

He also highlighted the “positive” opportunity for the negotiations as the European Parliament now endorses them, something that “has not always been the case.”

“This is the first visit of a European Parliament’s Foreign Affairs Committee to Argentina. It is only clear that we now want to establish a much closer relationship,” Brok added.

The EU’s High Representative for Foreign Affairs and Security Policy Federica Mogherini also met with Macri last month in Buenos Aires and said that both blocs should take advantage of “this window of opportunity” in the face of the installation of a new administration in Argentina, to move forward with the trade talks.

Regarding the planned market access offers due this week, Mogherini said that it is “an ambitious and realistic goal. After such a long negotiation, we have to make sure that all the right steps are taken. The offers have to be credible and substantial.”

Argentina’s new ambassador to Brasilia, Carlos Magariños, said in an interview published by the La Nación newspaper that “the region needs Brazil to recover its leadership role as soon as possible.”

He added that Argentina is concerned about Brazil’s crisis but that it is not fearing any “catastrophe.”

“We have a concern and an enormous interest that this situation will be overcome rapidly. The ones needing that are, first of all, the Brazilian people, but also our industry, businessmen and our economy,” Magariños said.

Uruguayan Foreign Minister Rodolfo Nin Novoa will travel to Brussels to oversee and initiate the exchange of offers between both blocs on Friday. He is scheduled to meet the EU’s Trade Commissioner Cecilia Malmstrom.

Uruguay holds now the pro-tempore presidency of Mercosur, so it will be the one that represents the bloc in the negotiations. Nin Novoa said last week that Mercosur must make “a serious approach for its international reinsertion.”

He also said that it is imperative for the bloc’s members to “deepen” relationships among them.

Besides the differences between Argentina and Brazil, Paraguay and Uruguay have often vented concern over asymmetries between them and their two giant neighbors.