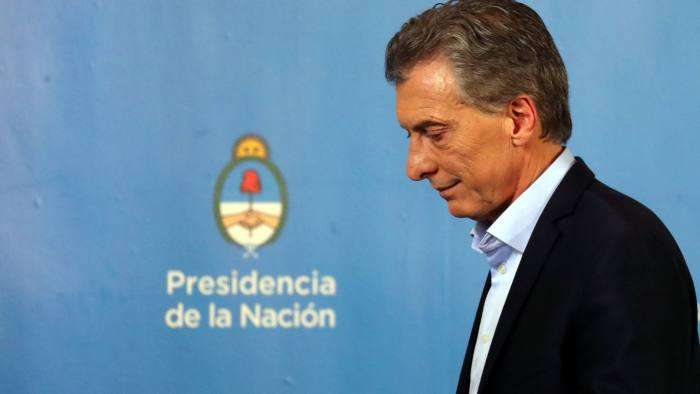 The preliminary results from voting at the weekend suggest the conservative Macri will face an uphill battle going into general elections in October, marking a sharp turnaround from just under four years ago when the country’s left-leaning era appeared to be coming to a definitive end.

With 88 per cent of polling stations tallied on Monday, official results gave the presidential slate headed by Alberto Fernandez and his vice-presidential running mate, Cristina Fernandez, about 47 per cent of the votes. Macri and his running mate, Miguel Angel , had 32 per cent – a wide margin that revealed the considerable depth of Macri’s weakness, potentially positioning the Fernandez team to win in the first round of voting October 27.

To be elected president in the first round, candidates need to finish with at least 45 per cent of the votes or have 40 per cent and a greater than 10-point advantage over the nearest rival. If no candidate wins outright in October, there will be a November runoff.

“We’ve had a bad election and that obligates us to redouble our efforts so that in October we will continue with ,” Macri said in a address. “I think it is very important a dialogue continues in this country, and that we continue explaining to the world what it is we want.”

Former Economy Minister Roberto Lavagna trailed far behind the two front-running slates with 8.4 per cent of the votes, which is still potentially enough support to give him a kingmaker role in the fall. Six other presidential slates also were up for elections in the primaries, but parties that got less than 1.5 per cent of the overall votes cast won’t appear on the October ballot.

The pro-business Macri has the support of financial markets, the surrounding countries and Washington but has lost popularity amid a deep economic crisis which drove the inflation rate to nearly 50 per cent last year and slashed Argentines’ purchasing power.

He says he is taking the necessary, painful steps to get the economy going after 12 years of leftist populism under Cristina Fernandez and her predecessor and late husband, Nestor Kirchner.

But the electorate issued a resounding rejection of his handling of the economic situation – and a recent lending package from the International Monetary Fund that totalled upward of $US55 billion ($81 billion). Most Argentines blame the IMF for encouraging policies that led to the country’s worst economic crisis in 2001, which resulted in one of every five Argentines being unemployed and millions sliding into poverty.

“It’s clear that Macri’s weakest point is the management of the economy, despite the fact that it has improved in the last three months,” said Mariel Fornoni, director of the political consultancy Management & Fit.

The Fernandez ticket, whose two members are not related, contends Macri must be defeated so they can fight the poverty and homelessness that they blame on his policies.

“We always fixed problems that others generated. We are going to do it once again,” said Alberto Fernandez, who was Cristina Fernandez’s chief of staff during her initial term in 2007-2011.

Cristina Fernandez is currently facing a series of trials for corruption during her 2007-2015 administration. She denies the allegations.

In a recorded message from the southern province of Santa Cruz, she said Sunday’s results made her Frente de Todos party “happy and optimistic”.

“But not only because we won an election – this is not a soccer game. Many Argentines understood and understand that things must change in the Republic of Argentina because as we are not living well, we are not OK,” she said.

The possibility that Cristina Fernandez could return to power put markets on edge. Matias Carugati, chief economist for Management & Fit, said the victory of the Fernandez team would put new, “sustained” pressure on the exchange rate and stocks due to the prospect that the South American’s recent free, less state interventionist course could be reversed.

Macri’s election in 2015 marked the first time in a more than a decade that Argentina’s centre-right opposition successfully unseated the centre-left Peronist movement to which Cristina Fernandez belongs.

At the time, his victory appeared to signal a clear end to his rival’s rule, but he conceded that Sunday’s results put him on the defensive.

“This is an election where Argentina has to determine whether it continues on a path of transformation, of deepening democracy, of insertion into the world, of improvement and development – or returns to an authoritarian populist model that has failed in all places where it has been implemented,” he said.