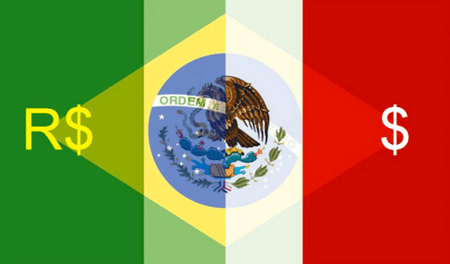 Here it  is, in cold numbers. The 87-page report, titled “Wealth-X and UBS Billionaire Census 2014,” says the billionaire population in Latin America and the Caribbean grew by a whopping 38 percent this year, compared with only 18 percent in Asia, 10 percent in the United States and 1 percent in Europe.

The report says there are currently 153 billionaires in Latin America and the Caribbean, up from 111 last year. Interestingly, economically bankrupt Venezuela was the country with the biggest billionaire population percentage growth this year: a 200 percent rise over the past year, the figures show.

One is intrigued by the sudden rise in billionaires in a region where economic growth has fizzled from nearly 6 percent annual rates a few years ago to a paltry 2 percent growth this year.

David Friedman, President of Wealth-X, a Singapore-based company that sells wealth data to luxury brands and other clients that cater to the rich, told me that the reason behind the increase of Latin America’s billionaires is that they’re subdividing their wealth within their families.

Latin America’s billionaires are the oldest in the world — their average age is 67, four years older than the world average — and they are beginning to pass on their fortunes to their children, he said.

“Much of the wealth in Latin America is actually vestiges of old wealth, concentrated in a few families, and is not original wealth creation,” Friedman told me. “The challenge for these families’ next generations will be to move from wealth transfer to wealth creation.”

The report shows, indeed, that a sizable part of Latin American billionaires inherited their wealth, rather than creating it themselves by innovating or diversifying their businesses.

Several other studies unrelated to this report have also warned about Latin America’s lag in innovation.

A recent World Bank report titled “Latin American entrepreneurs: many firms, but little innovation,” says that Latin American firms introduce new products less frequently, and invest less in research and development than those in most other world regions.

While 90 percent of the companies in Poland or the Czech Republic report having introduced a new product in the past year, fewer than 40 percent of Mexican firms say the same, according to the World Bank study.

It would be easy to blame Latin America’s billionaires for being lazy and fearful to invest in new ventures, when many of their governments have laws that seem aimed at stifling new investments.

And it would also be unfair to say that most of Latin America’s billionaires are populist government cronies that make their fortunes thanks to high-level corruption. Some are of course, with recent examples in Brazil and Venezuela’s — but most are not.

Unfortunately, the record numbers of Latin American billionaires are no cause for celebration. Rather, they should be viewed as a warning sign that Latin America urgently needs a wave of private sector innovation and a better business climate to speed up the region’s mediocre growth and help reduce poverty.