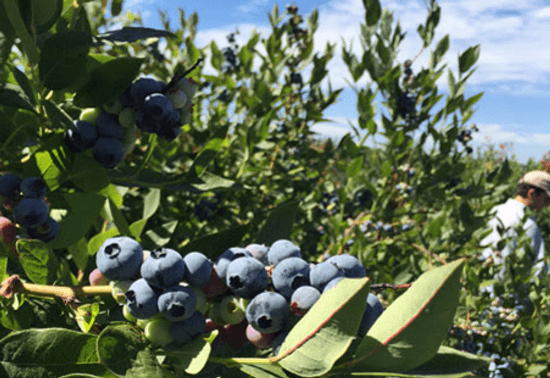 With the Chilean blueberry season now in full swing, recent weeks have seen price pressure in the U.S. market amid heavy volumes as well as some quality issues with fruit on arrival, according to exporters.

“It has been a season within the range of what one would have expected, both in terms of the good things and the bad,” said Raul Dastres, president of Valle Maule.

While widespread hailstorms in mid-November had some impacts on the country’s production, Dastres says that the volumes of his company specifically were not heavily affected.

He added that while most markets had been stable through the season, the case was different in the U.S. – Chile’s leading blueberry export destination.

The season so far can be divided into two parts, he explained. The first half saw good price levels prior to the large arrivals, but the second was much more “worrying”.

“When the volumes started to arrive, the U.S. market got a more challenging – as is normal,” he said, adding that once prices begin to decline is it hard to recover to attractive levels.

This view was echoed by Sebastián Carmona, general manager of CarSol, who said: “We are in the heaviest weeks of the season in the U.S., although prices are starting to pick up in Europe and Asia”.

Dastres explained the European market has been very different to the U.S. this season.

“It is a much more stable market … and it has seen significant growth over the last three years. In fact, I would say that we are seeing some of the highest prices than we have had over the last four years,” he said.

“For good quality fruit – fruit without problems – there are returns that could be expected to be around 50% higher than what arrives to the U.S.”

Felipe Juillerat of Hortifrut commented that, according to industry estimates, by week 4 the season was around 70-75% complete, and the country was therefore on track to meet its export forecasts.

By the end of week 4 almost 78,000 metric tons (MT) had been shipped, and the Chilean Blueberry Committee has said that it is possible that volumes will exceed last year’s level by 5%, despite the hailstorm.

Juillerat added that the Peruvian and Argentine blueberry seasons had benefitted Chile this year.

“Peru starts to reduce its volumes toward the end of November … the same as Argentina, and at that time Chile starts to increase its export volumes,” he said.

“So that creates a transition that is generally quite good because it links the initial demand curves of the season from August to December and with Chile’s season afterward from December to March.”

He added that while Peru’s volumes have increased, this fruit has been shipped to early commercial windows where Chile is not present.

“Peru has been increasing demand, in the sense that the world is consuming more blueberries on a weekly basis,” Carmona said.

One of the biggest challenges for Chilean exporters this campaign has been the arrival quality of fruit, including some batches of fruit that showed signs of rotting.

While none of the sources we spoke to for this article said they had such problems, they said that this is an issue that exporters have been discussing amongst themselves.

“There are signs of rotting and condition problems in the destination, which is no less an issue in Europe and which is related – at least in my opinion – to the rain that we had throughout spring,” he said.

He added that this could create problems in the future, as “there is a perception nowadays that fruit from Chile is not reliable”.

But the quality and conditions issues have not been industry-wide.

“We are satisfied with the arrivals of our fruit in the destination so far, we have not had any problems,” Carmona said.