Label with Care: The Evolution of Food Labelling Legislation in Latin America 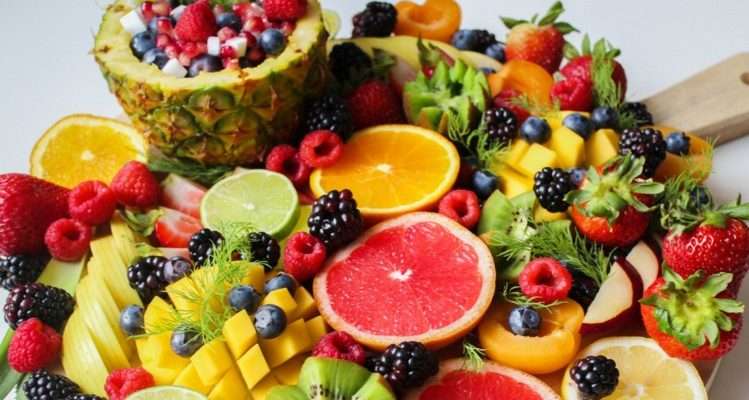 As consumers, we engage with food labels every time we make a purchasing decision. We rely on these labels to properly convey data so that we can make informed choices about the foods we buy. But the subject of food labeling is far from black and white. We know that the content included on labels, as well as the way they are laid out, can have a heavy influence on the selections consumers make. As such, food labeling is a powerful tool.

Many stakeholders, both internal and external to the food industry, have a strong desire to control product labeling. Their rationales, ranging from altruism to profitability, create a complicated backdrop against which labeling laws have evolved in recent years. While developed markets have led the debate around food labels, more recently the issue has become front and center in Latin America.

Why Do Food Labels Matter?

Food labels serve a variety of roles. They communicate nutrition information and provide consumers with data about where the product is from and how it was produced. Labels also serve to catch the consumer’s eye and set the product apart in an increasingly crowded retail space. The data shows that consumers are paying attention. A 2018 poll, executed by freeze dried fruit company Crispy Green, found that 77% of American adults actually do read food labels.

With so many eyes on food labels, it is even more important to get the laws governing them right. The regulations regarding food labels serve many purposes. Among them:

·       Accurately Inform Consumers  Consumers depend on labels to authentically communicate key information about the product so that they can make choices that align with their needs and preferences. In certain cases, such as with respect to allergens, proper labeling can have severe health consequences. But even in cases where the issue is preference, rather than life and death, consumers have a right to know what a product contains and make their consumption decisions accordingly. It is important for the food industry, and to some extent enforcement agencies, to get this right to protect institutional faith. So far, it isn’t going well. In the survey by Crispy Green, 53% of American adults felt that food labels are sometimes misleading.

·       Impose Government Wishes  In addition to accurate communication, governments have a vested interest in pursuing labeling laws that influence consumer behavior to their benefit. For example, much of the discussion around food labeling over the last decade has centered around what kinds of food labels encourage people to make healthier buying decisions and thus, battle the public health crisis of obesity. Many of these initiatives have included enlarging the size of the print of a product’s caloric content and moving this information to the front of the package.

·       Protect Individual Sectors  Specific rules around the naming of different types of food can also serve to insulate some industries from competition. One of the central examples of this situation is rules concerning what can be called ‘milk’. The dairy industry is adamant that liquids obtained from nuts and other plant-based sources, such as almonds, soybeans, and coconuts, should be labeled ‘juices’ instead of ‘milks’. The sector’s argument is that labeling these products as milks has the potential to confuse consumers and equate the nutritional content of these products with milk derived from mammals.

Of course, food labeling is not always as noble or as objectively positive as creating informed and healthy consumers. Labeling inherently promotes certain products over others, and how individual legislation is written will determine which products are promoted. At best, this advantage is unfair and at worst, manipulative.

Furthermore, labeling requirements come with significant costs. The more complex the labeling legislation, the higher the expense. While some of these costs are absorbed by the food industry, most are passed onto consumers through higher prices. In an environment where many families are food insecure, should we feel good about increasing food costs? Especially if the more complex labels aren’t even effective? The key lies in finding the balance between providing consumers with vital information and avoiding placing undue economic stress on the food industry or consumers.

Though Latin America was perhaps bit slower to arrive to the discussion around food labeling, a few of the countries in the region have made very progressive strides in recent years. Certainly, Latin America has no less to gain from thoughtful policy for food labeling than its more developed neighbors. However, with more fickle institutions running the show, it will be critical to structure the debate in a way that considers multiple perspectives and seeks balance. A few of the countries that have already implemented food labeling policy include:

·       Chile  It was considered revolutionary when Chile implemented its sweeping food labeling legislation in 2016. Targeted at reducing rising obesity in the country, the law requires food items that are high in calories, saturated fat, sodium, or sugar to carry large black stop signs on the package. The terms also included a component that limits the marketing of these foods to children. A 2019 study from the University of North Carolina found that the law has been effective in creating awareness among mothers when making food purchasing decisions for their children. Additional research will be required to determine the effect, if any, the policy has had on reducing obesity. The law has created a burden for food manufacturers and food importers, who have had to shift product formulation and packaging to comply with the law.

·       Peru  In 2019, Peru implemented a very similar law to that of Chile. The Peruvian law requires processed foods to carry black stop signs in the upper right hand of the product’s front label if they are high in sugar, sodium, or saturated fats. In certain cases, the products must also have labels that implore consumers to reduce their consumption of the product. Labels are also required on products that contain trans fats, accompanied by a label advising to avoid consumption. The law is too new to determine its effect, so time will tell if it has made a positive impact on public health.

·       Uruguay  Following suit, Uruguay has also approved the implementation of the black stop sign scheme. The regulation goes into effect in early 2020 and will require the labeling of products considered to be high in fat, saturated fat, sodium, and sugar. A study published in the journal of Public Health Nutrition found that the vast majority of Uruguayans viewed the proposed rule favorably and believed it would positively influence their food purchasing decisions.

·       Ecuador  Ecuador was one of the earliest countries to address food labeling, implementing their system in 2014. In a departure from the other systems seen on the continent, Ecuador’s system is based on the traffic light scheme wherein products must denote high (red) medium (orange) or low (green) levels of fat, sugar, and sodium. A 2019 study by Globalization and Health indicates that in Ecuador’s urban areas, although knowledge of the labeling scheme is high, it only has a marginal impact on consumer purchases, and primarily among those of higher socioeconomic means.

·       Mexico  Mexico, facing perhaps the most serious obesity epidemic in Latin America, is in the process of working its food labeling law through its legislature. In late 2019, Mexico’s legislature approved a law that requires food processors to specify products with high levels of sugar, saturated fat, or sodium. The legislation does not specify how the labels must look, but the Chilean black stop sign is being considered as a model. Simultaneously, Mexico has been advancing separate legislation that would limit the ability of plant-based products to use dairy terms, such as ‘milk’.

The issues that food labels intend to address are not going away. Therefore, looking ahead, food labeling will continue to be an important tool that will influence how consumers make their choices. As food labeling legislation evolves and matures in Latin America, it will still be important to put the structures in place that allow for the development of thoughtful, effective, and efficient policy. It will be critical to consider the following points throughout the process of developing food labeling legislation for the region:

·       Focus on Facts  Studies should be commissioned and executed to determine the effectiveness of the food labeling schemes already active in Latin America. These studies should be quantitatively based and draw conclusions about the relationship between food labeling legislation and the stated objectives of the law. The results of this research should form the basis for objective policy development in other Latin American countries.

·       Consider Regional Context  Latin America has unique realities with respect to public health, socioeconomics, and the makeup of the food industry. Considering this environment will be critical if the region hopes to achieve legislation that can address its idiosyncratic needs. Though more developed regions may seem to be light years ahead of Latin America in terms of food policy development, a ‘lifting and shifting’ of their laws will do little good if they are not adapted for the region.

·       Create Contribution Opportunities  When considering topics like food labeling, which genuinely touch each person in society, it is very important to consider the viewpoints of many interested parties. Often, in the weaker institutional context of Latin America there are more limited avenues for this input. At the same time, stakeholder groups are often less organized and hold less political clout. To ensure that food labeling legislation truly accounts the needs and demands of a broad cross section of the community, creating structures that allow people and organizations with divergent opinions to contribute to the political process will be important.

Determining legislation that food labeling legislation that meets the objectives it sets out to achieve while not placing undue stress on the food value chain is not an easy task. However, given the importance of food labels, and the extent to which they shape consumer purchasing behavior, it is a challenge worth taking on.