Is Socialism the Answer for South America Social Inequality ? 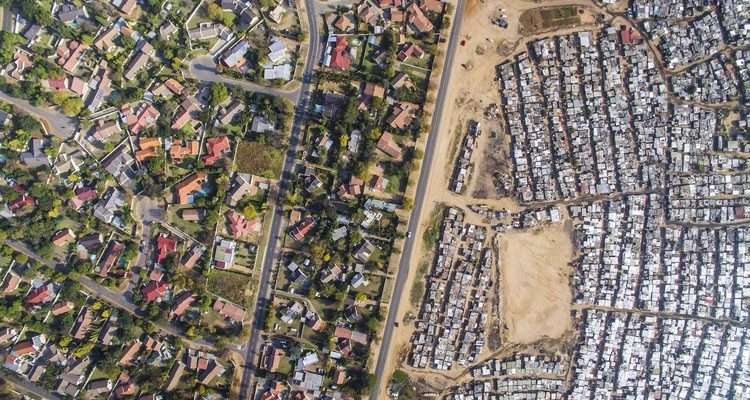 Gateway to South America on 03/12/2018 - 20:20 in All categories of countries are, Argentina-General, Brasil-general en, Chile – General, General of Uruguay, Perú-general en 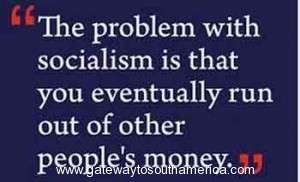 Socialism is entirely an emotional response to the world’s problems. Its great virtue is that it requires no thought. It is only the need to feel. There’s also no need to do anything. That’s the government’s job of course.

Under socialism, the government owns the monopoly on doing stuff. Fixing things is not for individuals. That’s because only government has the necessary power and resources to put things right.

Of course, socialism runs hard up against government having never fixed anything but not to worry: government’s repeated failure simply proves politicians are stupid, uncaring or corruptor perhaps all three. Or that people simply don’t care enough to demand change.

That’s why poverty, inequality and environmental degradation persist in these countries. The socialist’s job, therefore, is to increase awareness among the general populace and to explain the venality and general failings of elected representatives. Hence their endless emoting and pontificating.

That’s them doing their bit for the world. It’s invariably dreary and repetitive.

Socialists nowadays never think of themselves as such. The gulags, the genocide, the guns all pointing inwards and consistent economic collapse have damagedthe brand. Today’s socialists get by eschewing all ­isms.

They think of themselves as caring, thoughtful souls sitting above the rest of us pointing out the right and the just against a backdrop of venality and ignorance.

That they are socialist is easily identified by every problem, real or imagined, demanding government attention an always and everywhere requiring increased state­backed power and resources.

The only exceptions to that rule are national defense and law and order where the modern­day socialist is happy to rely on the goodness and perfectibility of man under, of course, proper government, total welfare and educational instruction that instills the correct value system and the socialist’s politically correct view of the world.

Socialism is neat, self contained and certain. It’s easy and caring. It’s the lazy person’s answer. Accordingly, it’s the dominating paradigm of the education system, all media factories, and our bureaucracy.

Personal attack silences dissenters. For example, sceptics of climate models and the IPCC are lumped together with conspiracy nutters as “climate change deniers.”

There are no tradeoffs, no costs, no weighing up a little bit more of this for a little bit less of that. Everything is in absolutes. You are either for a clean, green environment or against it.

You are for “decent wages for all” or happy for the poor only to subsist or, worse, starve.

There is no risk­reward tradeoff. Safety comes first. There’s no trial and error. There’s no place for entrepreneurial endeavor. The socialistic fallacy is that loss and failure can be eradicated.

The inevitable response to the failure of regulation and government authorisation whether it be broken rail systems, or extreme weather fatalities is even more government control and regulation. The re­introduction of personal responsibility coupled with non­ government enforcement through tort law is never even considered an option. That’s because individuals can’t fix problems; only governments can.

There is no objective truth. There is no right or wrong. Everything is just a point of view and one person’s way of doing things. But woe betide those who object or question the socialist canon.

Their very questioning and objecting proves their venality and stupidity. They are a menace to order and social consensus. There is no pit of fire too deep or to hot into which they cannot be tossed.

Certainly there is no rational and respectful response to objections and questions. After all, socialism is entirely an emotional response.