Is It Still as Easy to Hide $1 Billion 5 Years After the Panama Papers? 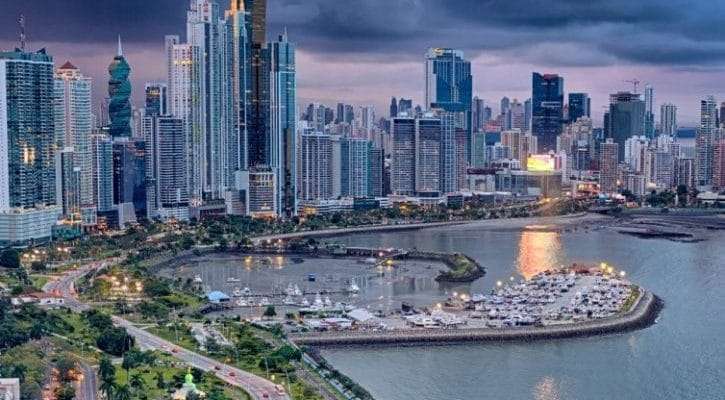 April 3 this year marked five years since 11.5 million leaked documents detailing information for more than 214,000 offshore companies were brought into the public sphere, in what is known as the Panama Papers leak. Now, five years on and against a backdrop of rapid digitization, it is crucial to ask whether the world has really learned that much from the Panama Papers and to question how the measures in place to mitigate tax evasion have been strengthened, if at all.

The Panama Papers scandal has been widely analyzed, scrutinized, and assessed since the first papers were leaked in 2016. The leak unearthed decades of financial wrongdoing and detailed the works of Panama-based law firm Mossack Fonseca. The papers shed a light on how Mossack Fonseca enabled a handful of wealthy individuals to create shell corporations to manage their assets and taxes.

Although shell corporations are not illegal in and of themselves, their anonymity and lack of transparency mean that they can be used for tax evasion, fraud, and evading sanctions. The vast majority of the leaked Panama Papers revealed tax avoidance—the minimizing of tax—which is perfectly legal. However, the leak did show that some individuals used Mossack Fonseca for tax evasion—which is illegal. The use of shell companies means that the ownership and financial history of these assets can be hard to determine. If records were modernized with new technologies, these types of scandals would eventually become a thing of the past.

The Fallout From the Leak

Mossack Fonseca announced its closure in 2018; over a billion dollars has been recovered and numerous countries have launched their own investigations into the scandal. Many of the individuals exposed of wrongdoing have been held to account and in many cases forced to resign from their various posts.

Despite the international reaction to the leak and the tangible shift in perception around the moral accountability of the rich and powerful, changes towards comprehensive registrations of corporations in many jurisdictions have been slow to come. The fact remains that tax havens such as the British Virgin Islands, the Bahamas, and Panama will continue to exist as there are massive incentives for small countries to provide these benefits in lieu of industrial contributions or wealth in the form of natural resources. Until real international cooperation is achieved, and technology is deployed to assist in that effort, the status quo is likely to prevail.

At this juncture, it is worth noting the crucial line between tax evasion and avoidance—the former being illegal and the latter being legal.

While much of the leak could be constituted as scandalous—the reality is that the vast majority was not illegal. Then and now, most taxes are avoided rather than evaded. The true scandal in fact may be that governments everywhere are plagued by lobbyists and self-interested parties, which benefit from the current state of affairs and have little desire to bring about meaningful change.

In order to avoid these types of incidents in the future, fully functioning registries of ownership accessible across jurisdictions are needed. The key issues to be addressed are clearly around anonymity and transparency—the critical question being: Who is the true owner of the underlying assets of any given company?

By allowing individuals and companies to offshore their assets, Mossack Fonseca enabled over 200,000 shell companies to be used for both tax avoidance and evasion.

Preventing this from happening again requires investment in modern, technology-led transparency measures. The core challenge is creating financial registries. This comes down to the questions of determining the true owners of assets in given jurisdictions. A clearer global financial picture can be made possible through distributed ledger technology.

Distributed ledger technology’s underlying premise of a secure archive of transactions is an ideal fit for a record of wealth and ownership. Existing land and legal registries can be made stronger, and ownership of assets clarified through a public, recorded ledger of ownership.

In the instance of the Panama Papers, much of what allowed so much money to be hidden offshore was the archaic way in which ledgers of ownership are kept. Many ledgers are recorded on localized, inaccessible spreadsheets and, in some cases, remain paper-based.

A consistent and tamperproof registry of each subsequent owner would go a long way to ensure that every corporation has clear proprietors—ones that can be held to account for their fair share of taxes and which are required to co-operate with authorities in cases of tax evasion.

Efforts to prevent tax avoidance need to be wide-reaching and coordinated at all levels in conjunction with policy makers as well as technology providers. Measures built around legacy technology targeted at limited jurisdictions will never be enough to make meaningful change. Distributed ledger technology has proven itself already with various real-world applications. Implemented in tandem with strong policies to help mitigate tax avoidance, these implementations have the potential to greatly improve society for all those honest taxpayers amongst us.

Preventing tax avoidance and tax evasion are both policy issues. The last five years have clearly shown us that addressing them will require new tools and new approaches. Investing in the technology that allows prevention to be practically applied is crucial. If innovative technology and policy are addressed simultaneously, then by the time we reach the 10th anniversary of the Panama Papers we will be facing an entirely different landscape. One where it may well be impossible to easily hide billions of dollars.