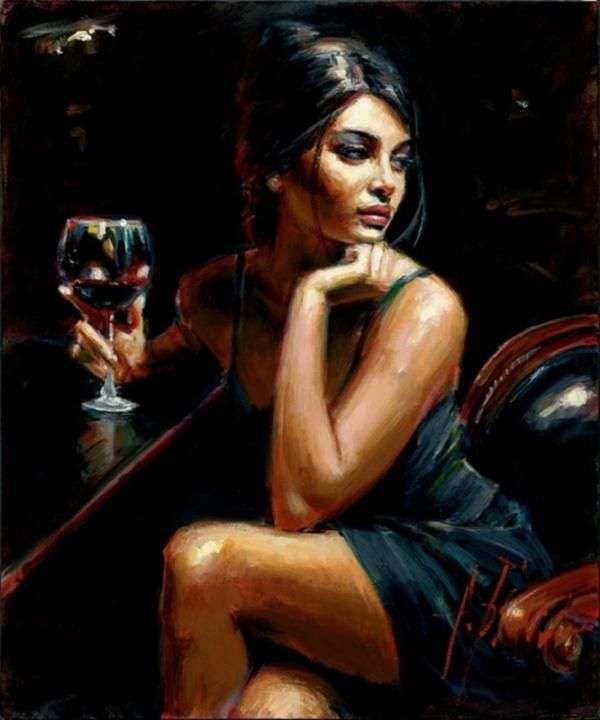 Its economy is projected to show little or negative growth this year. Argentina is still indebted to American hedge funds, affectionately known as “vultures” in the country. And it remains the poster child of nations that default on their loans. But there’s new optimism in Argentina, mainly driven by presidential elections coming later this year.

Its stock market is rallying and investors are buying the countries’ debt (amazing news, considering the country is mired in recession and another default.)

“The economy seems to not be falling anymore,” says Eugenio Aleman, an Argentine and senior economist at Wells Fargo
Securities. “There are a little bit more positive vibes going around.”

Rising taxes and inflation are tough on small business owners, but overall Argentina is starting to move in the right direction, Bollini says. More tourists are visiting his bar now than in past years. “The economy is still struggling, but it’s a little more practical, more honest to me,” says Bollini, 47. “Things are improving.”

Argentina’s Merval stock market is up 45% this year, more than Europe’s stellar performance and way more than the S&P 500. Even everyday Argentines, battered by rising food prices and electric bills, are feeling better lately. The country’s consumer confidence index is up over 40% from a year ago, according to Torcuato di Tella University, a private university in Buenos Aires.

The presidential elections in October are driving hope that any administration could improve the country’s economy more than President Cristina Fernandez de Kirchner and economic minister Axel Kicillof Kicillof, a frequent tweeter with Elvis-style sideburns and a distaste for ties, announced recently that Argentina sold $1.4 billion in
government debt. That’s a healthy sign for a country that’s riddled with inflation and a currency losing value.

Argentina paid a hefty price for the debt sale, offering a much higher interest rate on its dollar-denominated bonds than other Latin American countries. “$1.4 billion won’t solve all the [debt] payments, but it’s better than nothing,” says Daniel Artana, senior economist at the Foundation of Latin American Economic Investigations (FIEL) in Buenos Aires. “You can have some short-term, small economic recovery.” But the steak and wine party basically stops there.

The ‘vulture’ problem: Argentina’s major problem stems from its $95 billion default in 2001, the largest by any country in history. “I remember, it was chaos,” says Bollini, the bar owner. Compared to 2001: “Everything is better now. [Last year’s default] wasn’t the same.”

American hedge funds, led by billionaire Paul Singer and his fund NML Capital, bought the country’s defaulted debt for very little money after the default. Now they want to be repaid in full for $1.5 billion. A New York judge,
Thomas Griesa, agrees with the hedge funds and has ordered Argentina to pay. It’s important to note that NML is in a small minority seeking full repayment. The majority of Argentina’s creditors already accepted a steep discount.

In July, Griesa stopped Argentina from making a debt payment to its non-holdout creditors before it settled with the holdouts, which eventually forced Argentina into default.

Argentina and the hedge funds still say they are willing to negotiate. But NML invited Argentina to reopen talks again in January after a key clause in the bond contract — the main reason Argentina refused to pay them — had expired. Argentina never replied to the invitation, according to the case’s mediator, Daniel Pollack.

More ugly problems:
Because Argentina refuses to pay the holdouts, it cannot access foreign investment. That’s a huge problem. A massive oil field in Argentina sits untouched because the country doesn’t have the money to drill. Experts say the only way for Argentina to get investment from abroad is to settle with the holdouts.

It gets worse. Argentina’s economy relies on commodities like oil and soybeans. Prices for those two have tanked in the past year,though they’ve recently stabilized. Add on that the country’s two key trade partners — Russia and China — have slowed down this year, and it’s easy to see a rocky road ahead for Argentina.

Still, the promise of a new president is bringing hope to Argentina. “Everything is going well because there’s an end in sight and in December everybody can sing the ‘Wicked Witch is Dead,'” says Russ Dallen, managing partner at Caracas Capital Markets.

(This article was written by Patrick Gillespie and was published by CNN Money on May 8, 2015)