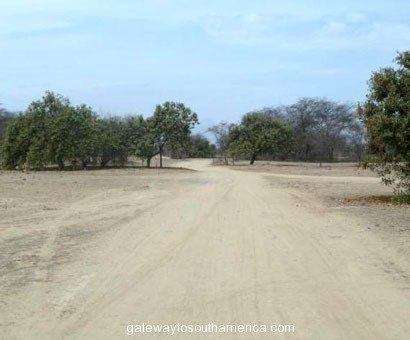 Water scarcity in Chile’s driest regions is no secret, especially in the country’s northern region which is home to the driest desert in the world.

The lack of water availability has motivated Chilean company Vía Marina to present an ambitious project to change the hydric reality in the north. The company hopes to transport large quantities of water to the region through flexible, submarine tubes.

On average, Chile has more water at its disposal than most countries. There is a marked, regional disparity, however, between the north and south. While the south enjoys an abundance of water, the north suffers from constant scarcity.

Vía Marina founder Félix Bogliolo explained in an interview withwww.freshfruitportal.com how the project inspired by this water dilemma came to be.

In the works since 2005, the project landed financial help from the French government in September 2011 for its initial study.

“This study has cost a little less than €1 million (US$1.3 million), of which the French donation has provided €576,000 (US$768,800) and the rest has been financed by our company, Vía Marina, with our own funds. So we could say Aquatacama is technologically viable, economically competitive and ecologically sustainable,” Bogliolo said.

“We had to start from scratch with the current government which showed its interest in December 2010. That meant the loss of a year and a half with the change of government.”

According to Bogliolo, the project will be able to transport more the 50 cubic meters of water a second, the majority of which will go to agricultural and ecological purposes through groundwater recharges and storage. Once the initial study has been submitted, the minister of public works will finance complementary studies over a two- to three-year period.

The goal had been to send the first water to its destination by 2017 but the ministry has yet to send its response to the project, which will push back the date.

Bogliolo described the potential of northern Chilean as being much like the push by the United States to expand into the frontier. Rather than “Go west, young man,” he said Chileans should be inspired by a call to “Go north,cabro.”

He explained, “That is where opportunities for the future of the country are. That is where you can really make the famous saying come true: ‘Chile, a world food power.’”

Bogliolo added that Fundación Chile did an economic impact study showing that in addition to the 100,000 new irrigation hectares that could be generated, the project could also employ 300,000 people and increase the country’s GDP by 20%.

It is estimated that the project would pay itself off in less than a year.

“Today the north gives the country its mining wealth and tomorrow the south will give the country its water wealth that it doesn’t use and of which the north has a pressing need. It seeks to change the face of the north,” he said.