Investing in Electric Vehicles in Chile 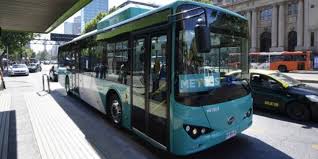 With such expertise in the industry, Latin American governments are increasingly initiating more electric transport systems. Leading this pack on EV uptake is Chile. Chile’s Energy Minister Susana Jiménez pledged that electric vehicles will account for 40% of private vehicle ownership and 100% of public transport by the year 2050. This would place Chile as the frontrunner in clean mobility worldwide.

Chile’s ambitious plan was initiated in December 2018, when the first 100 electric buses rolled off the cargo ship and onto the streets of Santiago. 180 more buses followed this summer, which has set Chile well on the path of improving the air quality of its city.

As of 2017, Chile had the highest vehicle density in Latin America with only 0.01% of its vehicles being electric. This attributed to the worst air quality of any Latin American city. A recent study suggested that 1300breathing-related deaths could be averted in the city of Santiago de Chile in the next 10 years if public transport were made electric.

It’s not only buses that Chile has ambitiously targeted. By offering subsidies and exemptions to environmental tax, Chile is incentivizing the use of electric scooters, cars and taxis, as well as lorries for use in the mining industry.

It is not only in use that Chile is leading the market, but also in production. The mining powerhouse holds extensive reserves in lithium, a key mineral in the production of electric vehicle batteries.

Chile holds approximately 8 million metric tons of lithium in its reserves, making it by far the most lithium-rich country in the world. In 2018, Chile exported USD$948 million in lithium, a sharp increase in export that saw the electric vehicle industry take off. The region around the north of Chile, where the majority of lithium mines are found, is and will continue to be integral to the future of the electric vehicle industry. Electric vehicle manufacturers must maintain good trade deals with Chile, considering that they hold more or less a monopoly on this crucial battery component.

Large foreign investment numbers have been thanks to Chile’s developed and transparent business environment.

Chile is Latin America’s most stable economy, and one which undergoes massive foreign investment year on year. The World Investment Report 2019, UNCTAD placed Chile as third globally in terms of FDI as a percentage of GDP, which is proving to be hugely successful for the country’s growth.

Large foreign investment numbers have been thanks to Chile’s developed and transparent business environment. Cultivating this environment are favorable investment conditions, business-friendly government policies and an educated workforce. Chile’s commercial trade ties and large consumer market make it a great place to grow a business looking to export. Throughout the years, Chile has developed countless trade agreements all over the world and with its impressive maritime shipping history, the nation has gone from strength to strength.

Chile also offer a number of financial incentives to foreign companies coming into the country. For instance, tax credits are available to businesses looking to undertake research and development activities within Chile. Additionally, Chile has a Business Technological Innovation Program. This is a government subsidy for research and development related to product or process innovation.

A recent update within Chile which favors foreign businesses has been the creation of a new form of legal entity called ‘Company by Shares’ or ‘Simplified Corporation’. This has reduced the bureaucracy on the company incorporation process, has allowed businesses to have a one single shareholder and has permitted 100% foreign ownership. These incentives make both business easier to market newcomers and also allows Chile to be opened to the ever-globalizing market.

Set up a business in Chile

Company formation in Chile has never been easier, in fact it ranks in the top 10 countries in the world for ease of starting a business.

ase of starting a business. This business-friendly environment permits foreign ownership, it permits foreign employee sponsorship and there are no capital controls. The process between entering the country for the first time and owning a fully-fledged business in Chile is a very short time, usually between 6-8 weeks. This is another incentive for businesses looking to act quickly and move with fluidity of the global markets.

EV adoption in other LATAM countries

With Chile having broken the mold on electric vehicles, other Latin American nations are looking in the same direction. Mexico City has experienced a large uptake in electric bicycles and scooters and also plans to introduce 500 electric buses into the city.

In Brazil, Sao Paulo has also incorporated more electric vehicles as part of the 2030 automotive policy. Brazil shares great automotive capabilities with neighboring Paraguay, the country dubbed the greenest place in the world to drive an electric car. This would certainly be a space to watch for automobile development and innovation, especially considering nearby Bolivia and Chile are well placed to supply these booming industries with their covetable lithium resources.

Colombia, too, is considering how electric vehicles could reshape transport configurations and reduce pollution in some of its bigger cities, such as Medellín and capital Bogotá.

Get ready for the EV revolution

Alternative transport methods are making their way into population-dense cities and townships all over the world, and opportunities for businesses in this space are extensive. Business should consider their next move into developing Latin American markets, considered collectively as the fastest-growing region in the world. With rapid growth comes great hunger and desire for innovation and change.

Connect with a trustworthy local partner to secure your business’ long-term success in new markets. Our local and expatriate team of professionals operate across over 12 countries, providing key legal, accounting and commercial guidance to commercial actors expanding into the region.