INVEST IN THE REGION SAN MARTÍN OF PERU 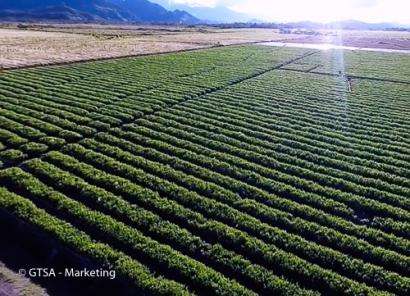 San Martin is located in the northeastern Peruvian territory, occupying areas of high and low forest, with a territorial extension of 51,253.31 Km2, which represents 4% of the national territory in the eastern flank of the Andean relief, in the northern and centralsector between The parallels 5o 15` and 8o 25`15“ of south latitude from the Ecuador. Its territory occupies the middle sector of the valley formed by the Huallaga River, which makes it an area with large endowments of natural resources. The geographical boundaries are:

The San Martin region is made up of 10 provinces, with Moyobamba as its capital. On the other hand, the province with the greater number of districts is Tarapoto, followed by Lamas and Picota.

The climate of the region is predominantly warm and humid with only one rainy season corresponding to the southern winter. The irregularity of its morphology results in a heterogeneity of climates that vary with altitude, rainfall and the time of year.

In low sectors and hills, the climate is dry and warm, with temperatures averaging26 ° C and rainfall of 800 to 1,000 m.m. Annual concerts in the months of January – April (Bellavista and Picota); In the high hill sectors the climate is slightly humid and semi-warm, with average annual temperatures of 24 ° C and rainfall exceeding 1,500 m.m. Annual (Lamas) in the area corresponding to the eastern slope towards the Amazonian plain; The precipitation reaches 3,500 m.m. (Pongo 1 of Caynarachi.) .

Within the hydrographic system, the region is confirmed by the main tributaries of the Huallaga river, among them the Mayo river, Sisa river, Huayabamba river, among others. It also contains gaps, which are mostly shallow, high temperature and semicircular. The lagoons stand out for their ichthyologic richness like the Shango, Tipishca and the Sauce.

Regular flights from Lima (1 hour and 15 minutes) and from Iquitos (45 minutes) to the city of Tarapoto.

The economic dynamics of the San Martin region is influenced by agricultural exports to European, US, Asian and Latin American markets. The main export is coffee, which represents 76%, with organic coffee being the most demanded in the international market. Cocoa is the second product exported by the region and represents 16%, followed by other products such as (, palm butter, sacha inchi, rice, papaya, banana, peppers, orchids, pineapple, Golden berries, teak, avocado (in Nueva Cajamarca) and dragon fruit is currently grown in the region of San Martin or closeby.

This Peruvian region is becoming more and more attractive, as agricultural companies want to guarantee availability of their crops to customers by looking for places with different harvesting seasons than their existing ones. The region of San Martin, with year-round warm and water availability, is offering this complementarity to market demands.

56.90% of the exporting companies in the San Martin region are micro enterprises, 34.48% are represented by medium and small companies and only 8.62% are large companies.

Freedom of trade and industry and freedom of export and import.

Free remittance of profits or dividends.

The right to use the most favorable exchange rate available in the market for foreignexchange transactions that it requires.

Free re-export of its capital.

Free hiring of technology and remittance of royalties.

Freedom to contract abroad safe for your investment.

Possibility of signing with the State legal stability agreements for their investment in the country.

One of the challenges for agricultural investors in this region is to obtain a sufficient land area to justify the costs of crops of high value.

We have one client who has accumulated a large amount of agricultural land and has developed it. Due to a change in company focus, it is now available for sale.