Gateway to South America on 31/01/2016 - 05:16 in All categories of countries are, Argentina Lifestyle, Argentina-General, Buenos Aires Residential

Invest in Buenos Aires now; it is an opportunity that should not be missed. In this age of transition, great deals can be found in the residential sector. We recommend taking advantage of the situation to invest in Buenos Aires , the rising star, under the protection of the new market conditions. The perspective and analysis from the standpoint of the foreign investor is fully supportive, and differs from the inside view, which for now does not enjoy so many advantages.

Foreigners can benefit in particular by the money exchange rates being extremely favourable towards strong currencies, especially the dollar, euro and sterling.

The new government of Argentina has freed up capital, removing restrictions on the export of currencies. Now capital can be moved freely. The Guardian.

In return, interest rates have increased for Argentineans, and therefore many Argentineans have postponed the acquisition of a mortgage, because the borrowing costs, for now, do not favour them.

All these factors mean an opportunity for foreigners wishing to invest in Buenos Aires to realize purchases in residential and/or commercial properties. In addition, analysts have said that new foreign investors should take advantage of an opportunity that is unlikely to be repeated.

Argentina is a federal republic located in the southeast of South America. It shares the western border with Chile and is bounded on the north by Bolivia and Paraguay, the northeast by Brazil and Uruguay, and the east by the Atlantic Ocean. To the south is the Sea of Drake.

With a surface area of 2,780,400 km2, Argentina is the world’s eighth largest country, the second largest in Latin America, and its largest Spanish-speaking country. It is divided into twenty-three provinces, and an autonomous city, Buenos Aires, is the federal capital of the nation. The provinces and the capital have their own constitutions, but rest under a federal system.

Buenos Aires is the biggest city in Argentina, and the second-largest metropolitan area in South America. It is located on the western shore of the estuary of the Rio de la Plata, on the river’s south-eastern coast. 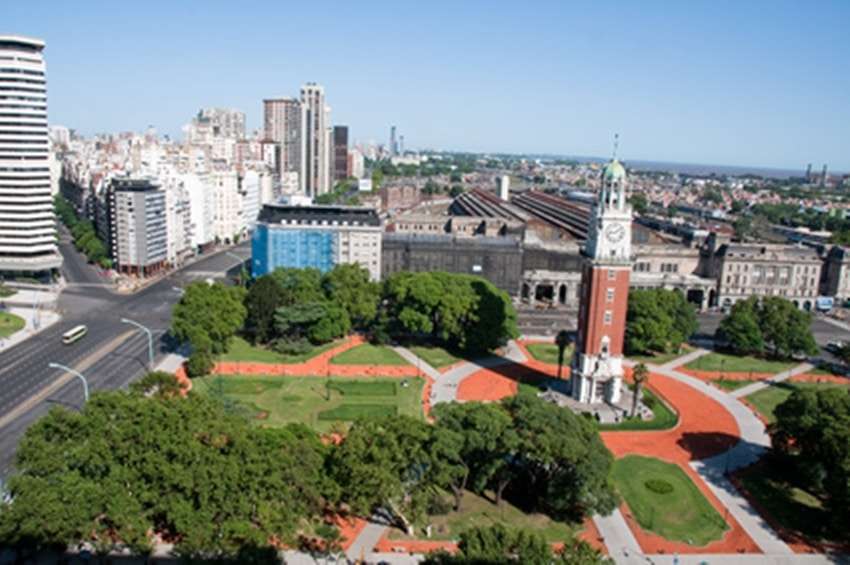 Retiro Railway Station with the English Tower in the foreground, Buenos Aires

Areas and neighbourhoods of Buenos Aires

Buenos Aires is divided into several areas known as “barrios”. Some are within the city of Buenos Aires and others are further afield, within the metropolitan area of Greater Buenos Aires. Each neighbourhood has its own culture and energy that reflects the people who live there.

Some neighbourhoods are more residential than others. Some are bustling, culturally diverse and vibrant, while others are quiet and leafy.

Palermo is the largest neighbourhood in Buenos Aires, with a zoo, botanical gardens, a racecourse and many museums. The district is divided into sub-sectors, such as Palermo-Viejo and Palermo-Soho. Palermo is one of the hippest places to live in Buenos Aires. Fashionable shops and restaurants all satisfy the most cosmopolitan tastes.

It is a great place to buy in Buenos Aires. It is estimated that the capital gain will increase in coming years because it is a neighbourhood that has exceptional conditions in which to live and invest.

For its magnificent mansions and luxury hotels, Recoleta is considered the upper class neighbourhood of Buenos Aires.

Those who visit Recoleta will understand why Buenos Aires is known as “the Paris of the South”. With its Parisian architecture, cafes and restaurants, tourists and residents feel like they are in Europe, not South America.

Recoleta is one of the most prestigious and expensive areas in Buenos Aires, containing many green open spaces, good restaurants and a lively nightlife. Recoleta is not far from the city centre of Buenos Aires, so it’s a great place to live a quiet lifestyle, but at the same time, very close to the action.

Recoleta is one of the most desired places to live and/or invest in Buenos Aires. Capital gain is guaranteed by the extraordinary quality of its architecture and unsurpassed lifestyle.

San Telmo is one of the more traditional and older neighbourhoods of Buenos Aires. This neighbourhood has a bohemian feel, plenty of markets and antique shops. It does not have many high-rise apartment buildings.

The cobblestoned streets and colonial-style houses make it a charming place to live and invest in Buenos Aires.

Pause while choose your property

Among the hundreds of cafes, a place to pause is the Cafe Tortoni, the oldest café in the city. A visit will make you addicted to fresh coffee, freshly roasted, accompanied by a crunchy croissant, among many other delicacies. On the subject itself, taxes and expenses need to be considered when investing in real estate in Buenos Aires. They are around 13%, depending on whether the destination is residential only, commercial or mixed. Mixed destinations have higher added value, because they are not naturally limited and eventually allow greater profitability.

These values are indicative and are subject to change. The details of each charge are as follows.

Stamp duty in Buenos Aires: this tax is levied on real estate transactions at 3.6% of the amount of the deed. It is customary to divide the tax between the buyer and seller, which, in principle, should cancel the 1.8%, unless otherwise stipulated.

The realtor fee is 4%. Transaction costs. 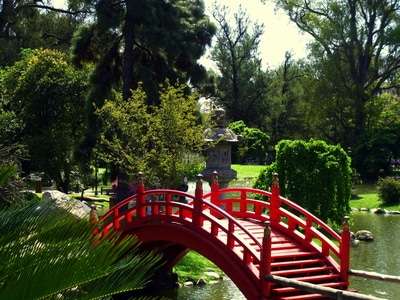 When managing the residence for rent, the costs to consider are:

The realtor: the equivalent of one or two months’ rent, at the time of the signing of the respective contract.

Monthly administration fee: the rent collected for you and arrangements made for the maintenance of the property, between 5% and 6% of the monthly rental.

Rules allowing you to freely invest in Buenos Aires

The Central Bank of Argentina has decided on a package of measures relating to the functioning of the foreign exchange market. These are the most relevant in relation to foreigners investing in Buenos Aires or Argentina in general:

– Natural and legal persons may freely buy foreign currency and other foreign assets up to the amount of USD 2,000,000 monthly.

– The requirement of prior tax validation and registration in the Consultation Program Exchange Operations of the Federal Public Revenue Administration is removed to make transactions.

– All new inflow of foreign funds is entitled to free exit at the same amount.

It is important to note that in Argentina foreigners have the same rights in terms of properties as Argentineans, except for some strategic locations at the borders, where foreigners would not be able to buy property for reasons of internal security. Bank of Republic of Argentina.