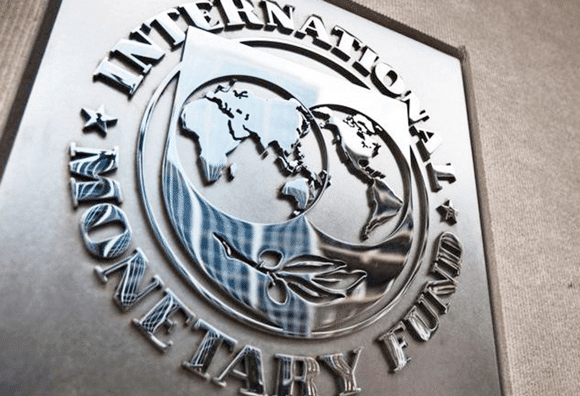 Gateway to South America on 21/11/2019 - 02:43 in All categories of countries are, Argentina-General, Brasil-general en, Chile – General, General of Uruguay, Perú-general en

Growth in Latin America and the Caribbean is slowing down. The region is expected to grow by 0.2 percent this year, amid continued trade tensions, lower global growth, subdued commodity prices—and in some large regional economies—high policy uncertainty, according to the IMF’s latest Regional Economic Outlook for the Western Hemisphere.

To boost the economic recovery and create more jobs, the region will need to rely on domestic drivers of growth, like consumption and investment.

In a wide-ranging interview with Alejandro Werner, the head of the IMF’s Western Hemisphere Department, we discussed the report’s findings, the recent social unrest in the region, as well as the latest developments in Argentina and Ecuador.

The Regional Economic Outlook last year looked at the evolution of inequality and poverty in the region. How has it evolved since then and do governments have the right policies in place to tackle it?

Our study last year was based on data going up to 2015. We have yet to take a closer look at more recent data to make a more definitive assessment on how income inequality and poverty have evolved since then. But, what is clear from data coming out in several countries, is that with slowing growth for the region as a whole over the past 3-4 years, progress in fighting poverty and inequality has also slowed down and possibly even reversed in some countries. This poses a significant challenge. High levels of inequality and lack of economic opportunity continue to be a source of discontent among the population and ultimately hurt economic growth.

With this in mind, the key for governments is to continue to strive for stronger growth that is more inclusive and strengthen well-targeted spending and social programs to protect the most vulnerable groups. At the same time, many governments in the region have to deal with high levels of public debt. This is a challenge because ultimately it can affect their ability to fulfill their obligations, such as paying wages, investing in health, infrastructure, and education. Addressing these two substantial issues have remained a priority in the design of recent IMF supported programs.

Corruption is also impacting the economies in the region. How is the IMF tackling this?

Corruption is a problem. It erodes the government’s ability to help economies grow in a way that benefits all citizens. Firms focus on building cozy connections, while politicians gear spending to areas where embezzlement of public funds is easier instead of focusing on social welfare.

Corruption also deprives the poor from essential public goods like decent health care and education, which are available to the well-connected. More broadly, corruption corrodes the legitimacy of the state and undermines the support for the implementation of public policy.

To tackle corruption, the region recently launched several initiatives including among others: the changes in campaign financing laws in Peru, the new open government data portal in Paraguay, and the inauguration of the Secretaría Anticorrupción de la Presidencia de la República in Ecuador. We are committed to helping our member countries in the fight against corruption through technical assistance, policy advice, and in the context of our programs.

How is the Venezuelan humanitarian and migration crisis impacting the rest of the region?

First off, Venezuela is experiencing a dire humanitarian crisis—driving large migration flows throughout the region. Looking at current trends, the number of migrants from Venezuela is expected to reach 6 million people by end-2019. About 90 percent of these migrants are expected to settle in Latin America and the Caribbean, which will put immediate pressures on public spending needs and labor markets. Of course, over time, migrants integrated into countries could contribute to higher economic growth.

A key challenge for policymakers in the region is how to manage the transition at a time in which economic activity has slowed and several countries need to reduce their fiscal deficits. This issue is particularly acute for countries that have received large migration flows relative to their local population, including some small states in the Caribbean, as well as in Chile, Colombia, Ecuador, and Peru.

Argentina just had an election yesterday, what are the next steps in the context of the Fund’s engagement?

As the IMF’s Managing Director said earlier today, we congratulate President-elect Alberto Fernández on his election. We are looking forward to working together with his administration to tackle Argentina’s economic challenges and promote inclusive and sustainable growth that benefits all Argentines.

Ecuador is facing important economic and social challenges. How does the IMF-supported program try to help tackle those challenges?

First of all, let me say that we have been following the situation in Ecuador very closely, and I would like to extend our thoughts to all those affected by recent events. Our priority, and the government’s goal has been to put in place economic policies that address the country’s existing challenges, including putting debt on a downward path, reinforce growth, support investment in health and education, and, ultimately, improve the lives of all Ecuadorians.

Second, the program aims to restore transparency and good governance, including efforts to improve accountability in the oil sector, fight corruption, and make public accounts accessible to all citizens. The government is also seeking to boost competitiveness and create more jobs by reducing barriers to hiring and promoting more women in the workforce.

To read the full article