INTERVIEW – PARAGUAY’S MINISTER OF INDUSTRY AND COMMERCE: Today, we have what we never had before, markets. 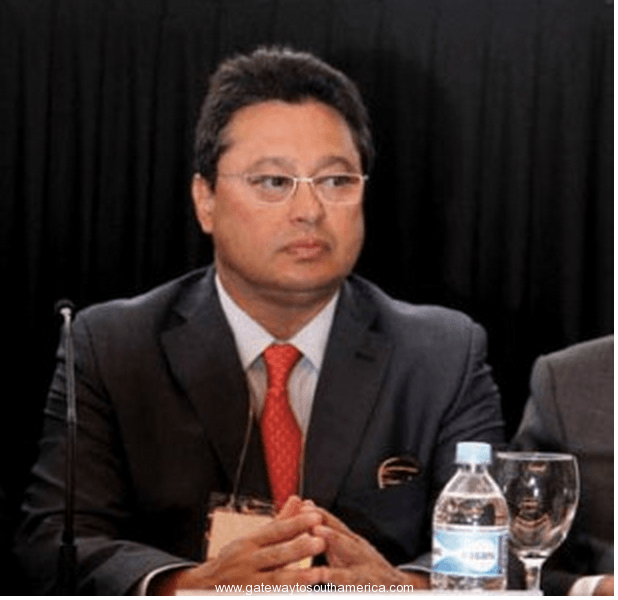 Gustavo Leite, Paraguay’s minister of industry and commerce, highlights the elements that are luring foreign investors to his country. His predictions for 2014.

With an economic growth rate of 13 percent in 2013, Paraguay has become one of the most interesting places to invest. With a stable legal and macroeconomic environment and a large market due to the combination of lower costs and having Brazil as a next-door neighbor, it’s a country that attracts the attention of those who, like Paraguay’s Minister of Industry and Commerce Gustavo Leite, understand where this economy is going.

Minister Leite spoke in an exclusive interview with Latin Trade.

HOW DO YOU SEE 2014 FOR YOUR COUNTRY?
We are very excited for two reasons: first, because 2013 finished very well, and so far one of the important drivers of the Paraguayan economy, the agricultural sector, is doing very well. Grain is planted from September to November and the weather has helped. Also, with the approval in Congress of two fundamental laws, the fiscal responsibility law and the law on public-private partnership, we believe that 2014 will confirm Paraguay as the new major player in a universe of options for investing and making money.

WHAT DO YOU EXPECT IN TERMS OF THE GROWTH RATE FOR THE YEAR?
Expectations are between five and seven percent. We wish it were more, but much will depend on climatic conditions, which affects 35 to 40 percent of gross domestic product (agriculture). It will also have a lot to do with the realization of the large number of interesting potential investments that are coming to Paraguay. Paraguay is seen today as a serious, reliable, easy country for doing business, with a large expanded market in Brazil.

WHAT SECTORS ARE FOREIGNERS INVESTING IN?
The auto parts sector is investing; and grain logistics, both storage and transport chains via the Paraguay River; the manufacturing sector linked to the Brazilian market; and the electro-intensive small business sector is growing. Today, Paraguay has a special situation compared to its neighbors. It’s the only one that can deliver 1,390 MW of installed capacity at about $40 per MW.

HOW IS THE TAX REGIME FOR FOREIGNERS?
The exemptions are for special regimes. There is the free trade zone regime, which is not very well exploited by Paraguay. There is the maquila system or outsourcing that has a one percent tax on the value of exports, and there’s the normal system for the domestic market, which has a tax rate of 10 percent, which is very attractive.

CAN WE EXPECT CHANGES IN ECONOMIC POLICY THIS YEAR?
Paraguay is attractive precisely because there are no changes. It maintains strict fiscal and monetary discipline as it has done for some time. There’s a very controlled fiscal deficit, tending towards a primary surplus. Probably by mid-year, there will be a new law of reinsurance investment, a statement to the world that Paraguay has no intention of changing the rules over time. I would say that change is not what Paraguay wants.

IN INFLATION CONTROL, WHAT DO YOU EXPECT FOR THIS YEAR?
Our inflation is under control. The central bank’s target has always been close to five percent. I don’t think there is any reason to think otherwise.

IN FISCAL POLICY?
Paraguay has a very special situation. Although it’s true that it’s a low-tax country, it also has high levels of (tax) evasion.
The fiscal priority is the extension of the tax base to everyone.

BUT WON’T THERE BE MORE REVENUE COLLECTED THIS YEAR?
Since the arrival of this government, customs collections have had substantial increases of 7 to 10 percent compared with the same period last year, and we believe that will be the constant. Also, probably, as 2013 was a year of 13 percent growth, logic tells us that we will collect more income taxes, which are paid in April.

HOW MUCH WILL THINGS DEPEND ON THE OUTCOME OF BRAZIL’S PERFORMANCE THIS YEAR?
When Brazil does well, we do super-well, and when Brazil gets the flu, we get pneumonia. It is obviously a very important country but, important as it is, today there is a belief that in some sectors, Brazil is more competitive out of Paraguay. That’s why the vagaries of the Brazilian economy almost always affect border trade. Also, from the standpoint of geographical location, the flow of Brazilian investments to Paraguay is always more important.

AND WHAT ARE THESE AREAS?
I look at the statistics for orders that fall under the provisions of Act 60, which is a law that exempts all taxes on imports of capital goods for establishing a company, industry or service, and there is manufacturing, and all that is electro-intensive, all leather goods, textiles, clothing, all foods.

ENERGY IS SUBSTANTIALLY CHEAPER IN PARAGUAY THAN IN BRAZIL, RIGHT?
Much cheaper. It costs a little more than half as much.

WHAT ARE PARAGUAY’S MOST IMPORTANT INFRASTRUCTURE PLANS?
There are 10 mega projects of more than $500 million each. Among these are dredging, maintenance, and use of the Paraguay River 24, 7, 365. Another transport project is the export highway corridor, open to the private sector. Another one is modernizing our logistics system. There is an opening for freight rail projects, which have a lot to do with connectivity. President (Horacio) Cartes has expressed it well: Paraguay is the heart of South America, but is not beating. We are going to make every effort to make Paraguay the axis of integration between the Atlantic and the Pacific, and the axis of integration between western Brazil and Rio de la Plata.

AND THE FUTURE?
The idea is that 2015 and 2016 will be the years of heavy investment and realization of these works, and some of these will continue beyond 2018. President Cartes has also instructed the minister of planning to prepare a 30-year plan, which he intends to make public after his first year in office.

OTHER THAN PROXIMITY TO BRAZIL, WHAT OTHER ARGUMENTS ARE THERE TO ATTRACT INVESTORS?

Paraguay has always been an easy place to do business, but it’s probably forgotten that there were doubts about its democratic vocation and legal certainty. I think with the latest developments, these doubts will be laid to rest. Secondly, Paraguay was always forgotten because it had no markets, but today, it has an almost perfect one with Brazil, and it has nearly full complementarity with Chile, which will have a free trade agreement with us from 2014. Today, Paraguay is the only country in South America with more than 6,000 products with zero tariffs in the European Union. In Paraguay, there are competitive factors, competitive resources and there is something we have never had, markets.